Patricia Molinaro glanced at a giraffe painted on the wall of Lowell Correctional Institution’s visitation area in Ocala on an October Saturday morning as she prepared what to say to her daughter. When she spotted her youngest daughter, the only words that came to mind were “I love you.”

Molinaro, who is 63 years old and lives in Salt Springs, couldn’t hear her daughter very well but was greeted with an air hug and a smile she hadn’t seen in six months. She isn’t a fan of the plexiglass shield that separated them, but she was glad to see her daughter’s face at a socially distanced table for a few hours.

The Florida Department of Corrections suspended visitations for all state correctional institutions March 11after Gov. Ron DeSantis declared a state of emergency following the worsening COVID-19 pandemic. After a six month closure, visitation reopened Oct. 2— despite prisons being a hotspot for the virus.

All contact during visitation is banned — including hugging, kissing, holding hands or even sitting beside a loved one without a divider.

No walk-in visits are allowed. FDC suggests scheduling appointments on its online visitation request form. Once inside the visitation room, inmates sit across from their visitors separated by a plastic divider.

As of Oct. 27, visitors can bring along one non-immediate family member or personal friend for a three hour visit on a weekend, according to a FDC Facebook post. While there isn’t a maximum age limit, children younger than 12 aren’t allowed to visit out of worry they would disrupt social distancing rules.

Visitors must wear face masks, wash their hands or use sanitizer and pass a health screening, including a temperature check, upon entering, according to FDC’s rules. Only inmates who aren’t considered to have health risks are eligible for visitation.

Lowell, about 30 miles south of Gainesville, where Molinaro’s daughter is serving her sentence, has had two inmate COVID-19-related deaths, according to data from the Florida Department of Health.

As of Wednesday, Lowell has had 1,005 positive inmate tests and 74 positive staff tests, according to data from FDC.  Columbia Correctional Institution, which had 1369 positive tests, and Lowell are the only Florida prisons to have over 1,000 positive tests. Other prisons like Putnam and Lawtey have no positive tests.

Visitation restrictions are reasonable as COVID-19 precautions, UF law professor Bob Dekle said. FDC is doing the best they can in his eyes to maintain security, protect prisoners and allow visitation.

“Not being able to hold hands is not real high on the spectrum of things to be unhappy about,” Dekle said. “If it’s reasonable for a nursing home or hospital, why isn’t it reasonable for a prison?”

These restrictions are essential to the safety of inmates, guards and visitors, he said. If visitors had to wear something extreme like hazmat suits and come between midnight and 1 a.m., then he said he would oppose the restrictions.

To Dekle, visitation is important for inmates to secure their connection to the outside world.

Molinaro has visited her daughter at Lowell twice since prisons reopened in October. She said she was among the first people to enter the visitation room on Oct. 3 and visited again Oct. 24.

She now wakes up on Mondays at 5 a.m. to secure a Saturday morning spot to see her daughter at Lowell. While she can’t bring her granddaughter, who is under 12, she said her husband will tag along next time to see his step-daughter.

“Just to be able to look at each other means a lot,” Molinaro said.

The FDC declined to comment on the visitation restrictions after several phone calls and emails.

Visitation can be isolating and emotionally difficult for inmates and their visitors, said Philip Daniels, a mental health counselor at UF Counseling and Wellness Center. People will feel what they feel about the restrictions, but safety is a concern.

“Isolation is difficult, but I think that was a difficult decision to make in the sense of safety,” Daniels said.

Environmental factors, such as not being able to touch someone, can exacerbate mental illnesses, especially if someone is already experiencing anxiety, psychotic symptoms, depression or suicidal thoughts, he said. Daniels added that there isn’t research on inmates to determine whether the visit restrictions can directly cause a mental illness.

While the FDC is restricting visitation because of safety, Florida prison decisions are never in the best interests of inmates, said Kevin Scott, an organizer with Florida Prisoner Solidarity who served four years in prison.

“While I’m sure they’re gonna point to some scientific stuff,” Scott said, “I’m suspicious of everything they do, so I can just assume that they’re going to use this, spin the virus to their own advantage to serve their own interests because that’s all they’ve ever shown me.”

To Scott, visitations are breaks from the constant dehumanization inmates feel while incarcerated. He said the first time he was hugged was after six months was indescribable.

“The visits that I had when I was in prison were the things that carried me through my sentence,” he said. “It was absolutely crucial to my psychological state, to my emotions — everything.”

Scott said he can’t imagine how difficult visitation must be for those incarcerated during the pandemic. It can be tortuous and agonizing even though inmates get to see their loved ones.

The visitation schedule hasn’t changed, Whatley said. All inmate visits must be scheduled a day before through the scheduling website or kiosks in the jail’s lobby. Inmates who aren’t in disciplinary confinement can have visitation each week for two hours of no contact.

Visitation is almost the same as before COVID-19, he said, but there are some COVID-19 restrictions.

Only three people can go in the lobby at the same time, he said. Visitors must wait outside until called in. Face masks are required.

Like before the pandemic, inmates are separated from visitors by glass, Whatley said. They use phones to speak when face-to-face.

Some visits can be done online through Renovo Software digital video system, which was purchased in 2014. Video calls must also be scheduled a day in advance. People visiting online can pay $4 for a 10 minute video call or $10 for a 25 minute video call.

“A lot of places didn’t have it until Oct, 2, so that goes to show you that Alachua County has made it a priority,” he said. “Inmates need visitation.”

As a mother of someone in prison, Molinaro agrees that visits are important. Prison visits reopening is a “win-win situation” because closing visitation was hard on everyone, she said, adding that inmates are forgotten and we need to remember they’re human.

“Because there she was, and the smile on her face was just so incredible,” she said. “And it was beautiful. It was wonderful.” 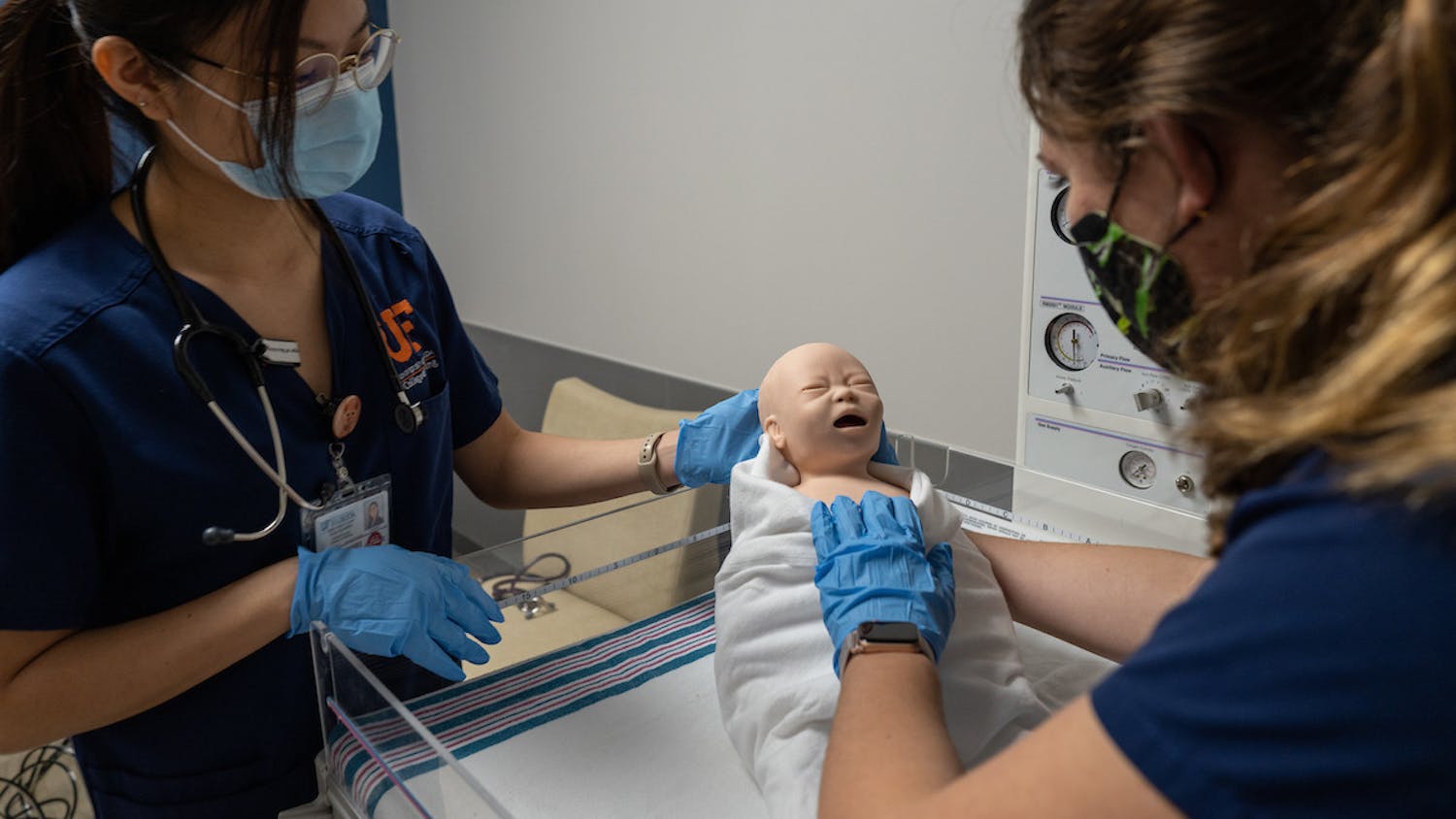