Darrielle King: the volleyball star’s journey from the Big D to the GNV

Always dreaming of going to school in Florida, King left her hometown of DeSoto for UF in 2016

The educational sciences redshirt senior hails from the suburbs of Dallas, where many African Americans, like her, grow up in poverty but never make it out. She began playing volleyball later than many of her caliber, but still managed to win a long list of accolades, before landing at Florida, where she’s a key contributor on the UF volleyball team fighting for a National Championship.

Along the journey, King has always forged her own path. While many of her teammates went back home once the COVID-19 pandemic erupted in March, King stayed in Gainesville, changing “mentally, physically and emotionally” in the process.

“It was probably the best thing that could have ever happened to me,” King said regarding the quarantine. “I knew that if I had gone back to Dallas, I would have been running from my problems.”

King grew up in DeSoto, a city about 20 miles south of Dallas. DeSoto has a population of about 50,000 and is the largest and most diverse city in southwest Dallas County, with more than two-thirds of the city being Black.

King didn’t always know volleyball was her way out. She said she played basketball until she was in sixth grade, when she “went her own route” and switched to volleyball.

But volleyball runs in King’s family. Her cousins, Nicole and Amber McCray, were an All-American duo at Florida during the 2000s.

“I didn’t know them up until high school, and then I was just talking to them, and I said I wanted to go to Florida, and they were like ‘That’s where we went to school,”’ King said. “And ever since then, we’ve been close.”

Like the McCrays’, King found recognition in volleyball. She was named to her all-district team as a high school junior in 2014, becoming a PrepVolleyball.com First-team All-American that same year.

“She’d be there four to five days out of the week, and it was clear that she was determined to be successful,” Shaw said.

Off the court, King had a way of bringing other girls on the team together, Shaw said.

“Every girl who trained with us had a different story,” Shaw said. “She just didn’t see money or personality. She just saw people.”

To Shaw, King has always been a natural leader and that has played a role in her success.

After an impressive junior career, many top volleyball programs across the country, including Minnesota and USC, sought King.

However, King said she always dreamed of going to school in Florida.

“I went to Disney World when I was 8 years old, and I remember thinking I would do anything to come back,” King said. “And the next time I was back was when I went on my visit to Florida.”

King said she considered FSU and Miami as well as Florida. However, UF had the best volleyball program of the bunch, so she suited up in orange and blue and headed to Gainesville.

King said she wanted to leave the Lone Star State so she could get out of her comfort zone.

“I always had visions that I was part of something bigger,” King said. “When I wanted to leave Texas and come to Florida, it was definitely one of my visions. It pushed me to be here alone.”

King said she grew up in poverty without “a silver spoon in her mouth.” As the oldest of five siblings and an award-winning volleyball player,  she would have to be the one in her family to make it big.

Upon arriving in north central Florida, King connected with Mia Sokolowski, a now-redshirt senior from Tucson, Arizona, who came to UF in 2016 — the same year as King.

“I felt like I could tell her anything and vice versa,” Sokolowski said. “She was quick to make me or anyone on the team laugh and feel more comfortable.”

However, King’s move to Gainesville didn’t lead to immediate success. During her freshman year, King saw playing time in 31 matches but only started half.

“I knew she had a lot to overcome,” Shaw said about King’s slow start. “She was going to a completely new environment.”

The hardship King experienced as a sophomore paled in comparison. After playing in a couple of early-season matches, she redshirted the season due to fierce competition at the middle block position.

“At the time, I was a little sad because I was making improvements and then I had to redshirt,” King said. “I felt like I had no worth.”

In 2017, the Gators ended up going further than almost any other season in their history, finishing as national runner-up for a second time.

It was hard not seeing the court during this record-breaking season, King said. But she found solace in the idea that her bubbly personality positively affected the team.

King’s exploits at Florida didn’t improve much during the 2018 season. She appeared in only 10 matches — far fewer than she did as a freshman.

“It was really hard, I’m not going to lie,” King said. “Volleyball was my first love, and I felt like I was getting robbed of that, so it brought me down for a while.”

King came to Gainesville to make a difference for the team and her community back in Texas. But through three years, she sat behind many of her teammates on the depth chart.

She finally had her breakthrough in 2019. King played 20 matches, more than any prior season, and achieved career highs in all major categories, including kills, blocks and points.

Florida coach Mary Wise listed two main reasons for why King saw more time in action. The first, Wise admitted, was due to high turnover and new spots opening up in the lineup. The second, though, was because of improvement in King’s performance.

“Darrielle made a lot of progress,” Wise said. “She had a much livelier arm, and she was able to score faster and get more kills.”

For Shaw, the improvement had a profound impact.

“She’s like a baby to me, and she was just waiting to get in the right environment,” she said. “I know she’s been a role model for other kids in DeSoto and that’s just been amazing to see.”

King continued building what she had started in 2019, but then the COVID-19 pandemic hit.

At the start of the pandemic, King said she was scared because she relied on a routine from her coaches.

“I knew I could not depend on anyone, and I had to do this all on my own,” she said.

King said she wouldn’t have moved forward like she wanted to if she had gone back home.  Her entire life, she had relied on family members, coaches and trainers to get by and said that staying in Gainesville was a challenge for her to survive on her own. During the forced isolation, she picked up new hobbies, such as meditating.

The situation that King went through is similar to what many other Americans during this pandemic. When forced to spend months at home, she had to confront her problems head on.

said in March and April, she’d constantly ask coaches for updates on the status of the season and prayed for there to be one. But as the pandemic raged on, it appeared that there wouldn’t be a collegiate volleyball season.

“I felt like my four years in college were wasted,” King said. “But I kept telling myself that regardless of whether we have a season, I am a better person because of it.”

The SEC announced Aug. 27 that there would be a season starting Oct. 21 — nearly two months after the start of a regular season.

While an injury kept King out of the lineup for six of Florida’s eight fall matches, she will get one last opportunity to see the court. UF will embark on a rare spring season after playing a conference-only schedule in the fall. The NCAA Championships will also be held in April in Omaha, Nebraska.

Shaw said she believes King can improve and make the spring season her best one yet. Sokolowski said she should try out for a spot on the Olympic team.

After her final season, King will enter a new stage of her life — without volleyball.

But Sokolowski, said she has gained a life-long friend in the process.

“I know, even though she wants to leave Florida, that we’ll still have our weekly calls and that she’ll always be someone I can lean on and tell my thoughts and feelings to,” she said.

For this season, King said her main goal is to deliver the Gators first national championship in her final season. 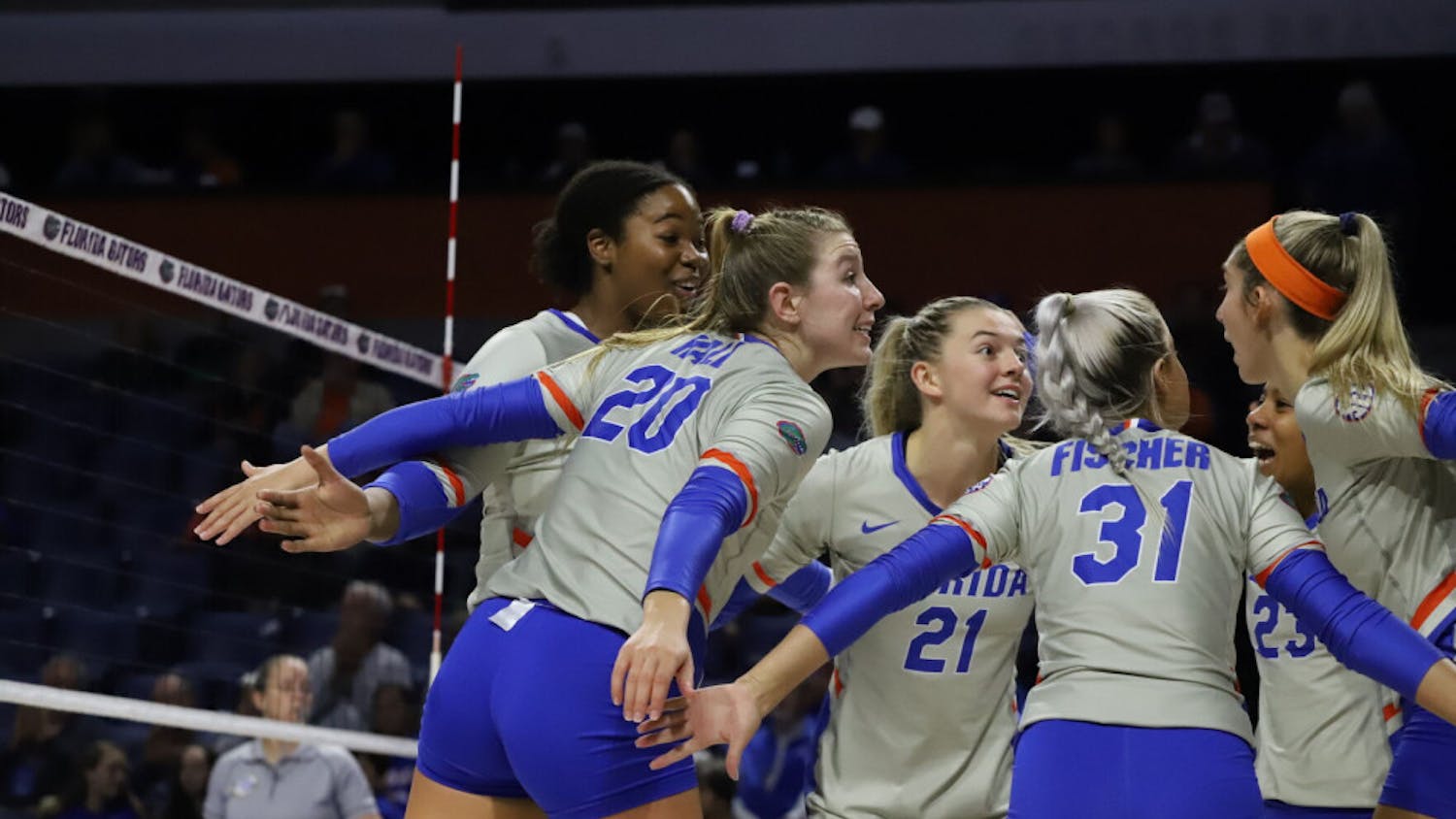 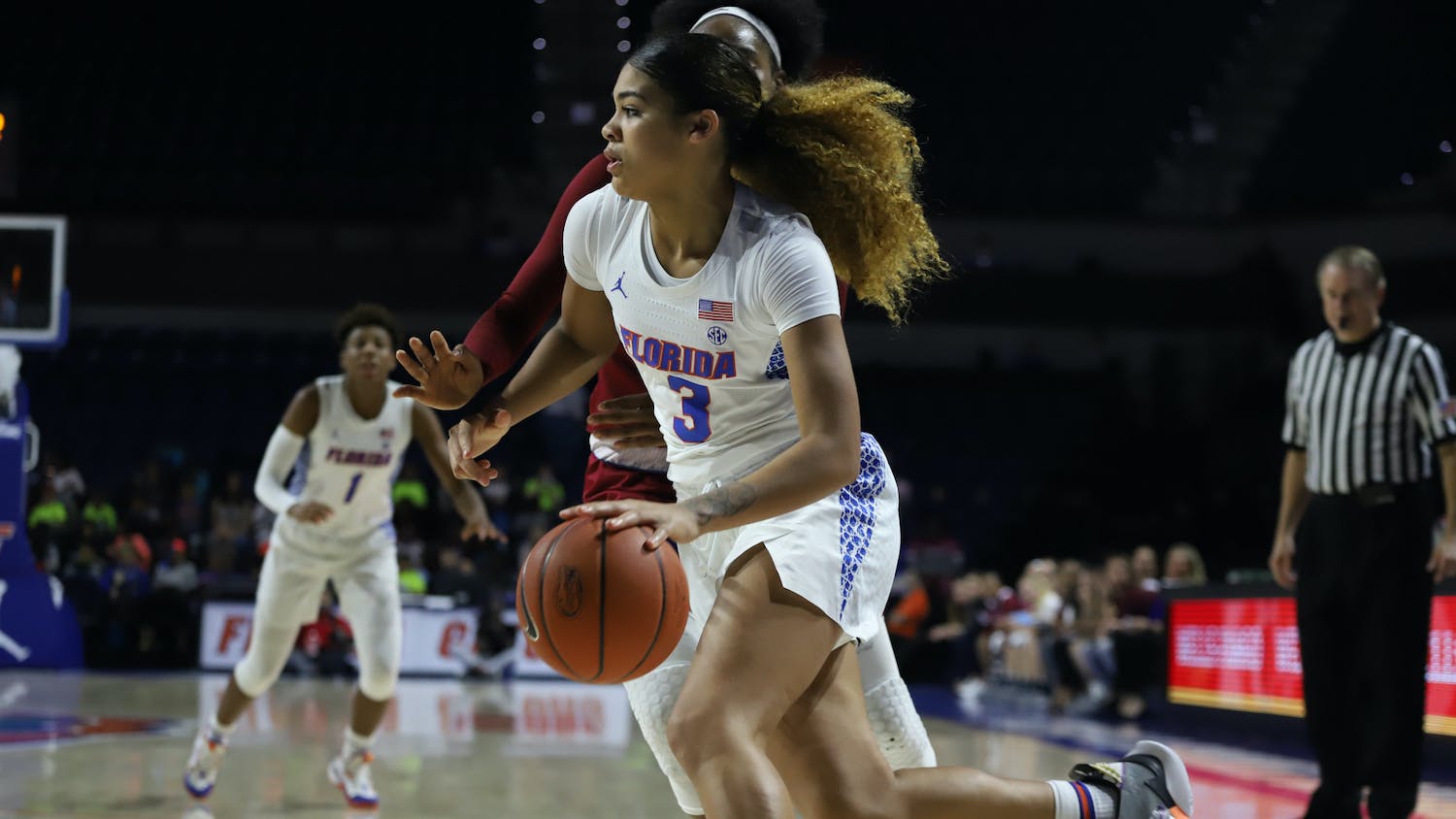