Florida’s annual matchup against Florida State walked back from the brink on Monday afternoon, with the two school’s announcing a Dec. 1 matchup in Tallahassee.

The contest was initially called off on Nov. 28, a decision made following UF’s consultation with UAA and UF Health officials last week. It is unclear what circumstances changed in the following two days, but Florida’s strongest out-of-conference opposition has returned to the schedule.

The Alligator reached out to the team’s sports information director Sam Stolte for an explanation. He did not disclose how many players on UF's team tested positive for COVID-19 or how many were involved in contact tracing efforts. However, the program met guidelines laid out by the SEC's Return to Activity and Medical Guidance Task Force, which allows Florida to tip off for today's game, Stolte wrote in an email.

The Gators were quite competitive last season against Florida State, trailing by just two points in the fourth quarter despite shooting 32% from the field in a 66-55 loss.

A victory against FSU would be a statement of intent for coach Cam Newbauer, as UF hasn’t won against the Seminoles since 2015, and FSU has become a perennial top-25 program in the last decade. Newbauer may not get a better chance to take down his in-state rivals, as Florida State lost its three leading scorers from last year and is led by first-year head coach Brooke Wycoff.

Despite these losses, the Seminoles were projected sixth in the competitive ACC conference this season, and UF will have to shine in a few areas to break it’s six-year losing streak.

Looking back to last year's matchup against FSU, Florida was extremely competitive throughout the game but fell victim to lapses in concentration and quick Seminole bursts.

After a fairly even start to the game, Florida State put together a 9-0 run in just over two minutes, expanding its lead to 21-8. Florida battled back in the second quarter before surrendering an 8-0 run in around 90 seconds to give the Seminoles an eleven point lead.

UF narrowed FSU’s advantage to just two going into the final quarter of play, but Florida State promptly put together an 8-2 run and kept the Gators at arms-length until the final whistle.

Florida showed impressive resilience weathering the FSU runs, but good teams ‘get over the hump’ and UF can’t afford to surrender big runs after cutting the deficit to a couple points.

The glaring weakness in Florida State’s roster is its lack of depth in the frontcourt. The 6-foot-5-inch River Baldwin is the lone center, with the Seminoles’ only other post players being 6-foot-3-inch forward Valencia Myers and 6-foot-1-inch forward Erin Howard.

Baldwin is just a sophomore, so the Gators may look to get her in foul trouble and soften Florida

Tiana England transferred to Florida State from St. John’s this summer, providing the Seminoles much needed depth ahead of this season. She is the only senior on the FSU roster, and the 5-foot-7-inch guard is the most prolific scorer and playmaker on the team.

England averaged 9.9 points per game last season with the Red Storm while tallying an arguably even more impressive 5.3 assists. She is a versatile point guard with three years of experience playing in an elite conference.

Newbauer displayed an aggressive defense against Grambling, dialing up a full-court press on many occasions and creating a number of steals and other turnovers. Forcing the ball out of England’s experienced hands and preventing the grad student from getting into an offensive rhythm is essential for a Gators victory on Tuesday.

The Gators demonstrated last year that they had the capability to compete with and defeat quality opposition, and with FSU seemingly set for a down year, Florida has a prime opportunity to improve to 2-0 and put the college basketball world on notice.

This article has been updated to reflect sports information director Sam Stolte's response to The Alligator regarding UF's decision to play FSU in basketball Tuesday. Stolte hadn't replied to The Alligator in time for initial publication.

Florida forward Faith Dut (25) and the Gators take on FSU Tuesday at 6:00 p.m. in Tallahassee, Florida. 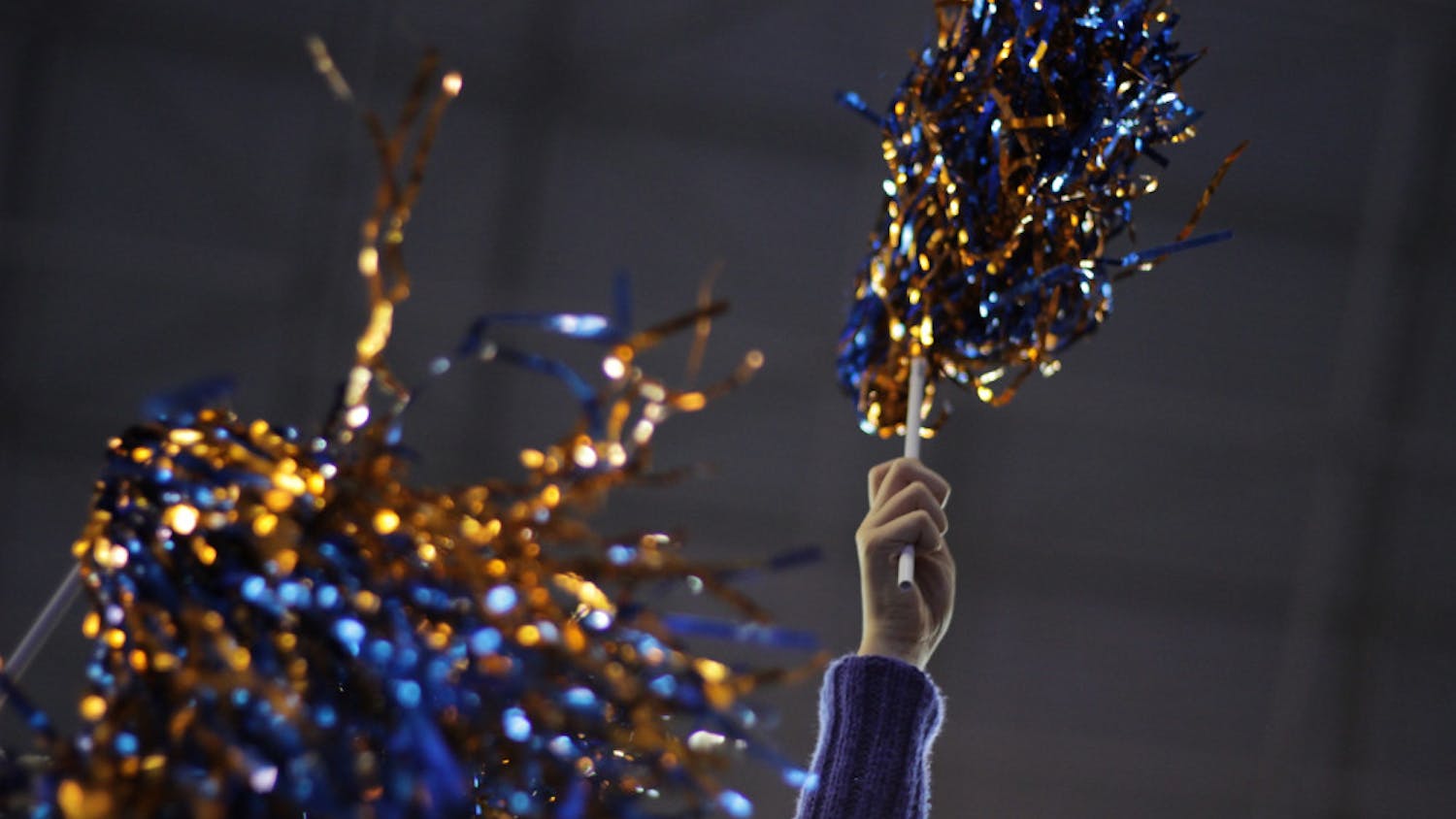 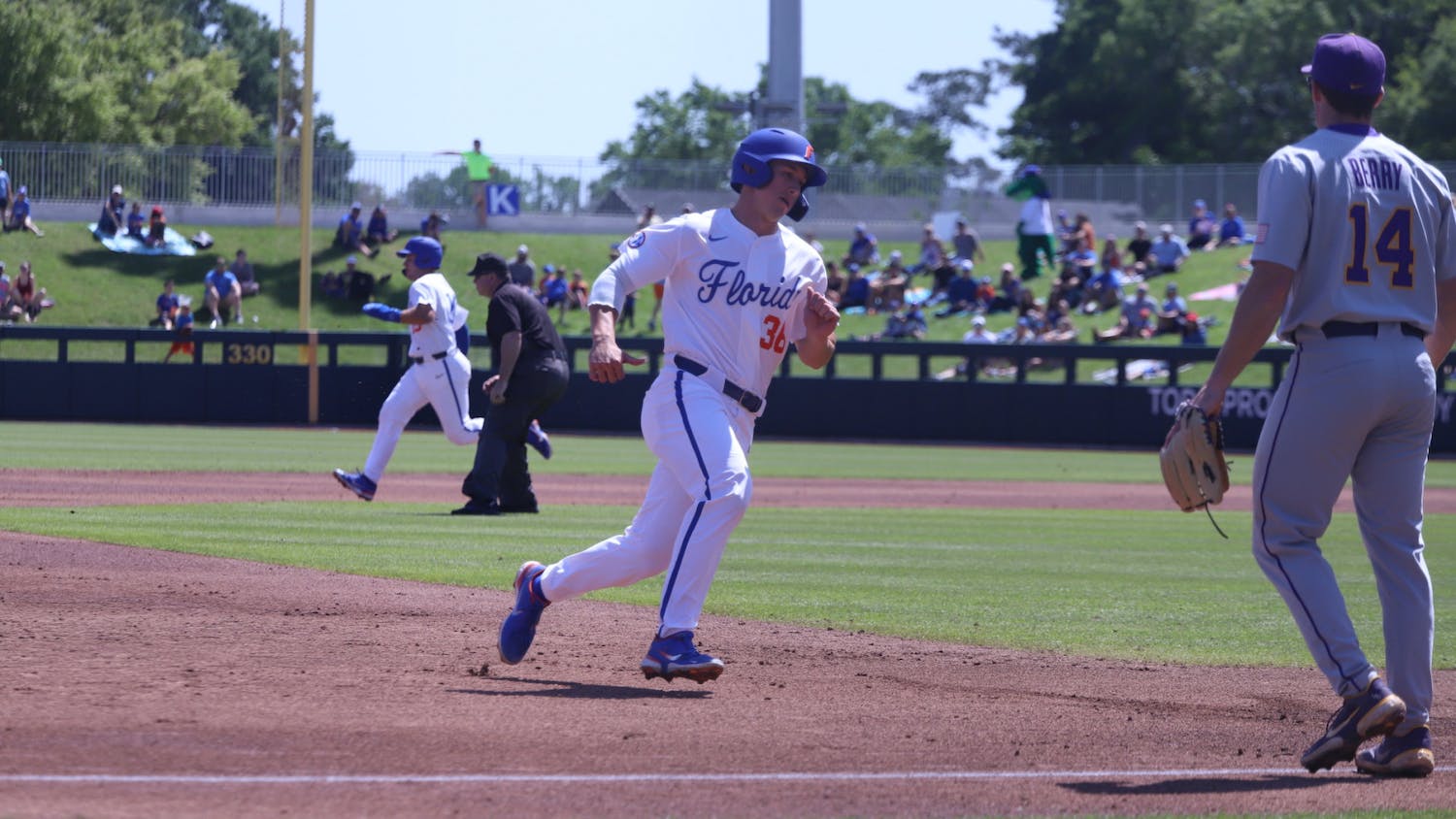