Togetherness, camaraderie and family are the words Vivian Filer used to describe her upbringing in Springhill, a historically Black neighborhood in East Gainesville.

Every day for as long as she can remember, her mother and neighbor would take turns to go care for their other neighbor’s elderly mother. And when her mother worked long hours, two older ladies who lived nearby in shotgun houses would keep a watchful eye on Filer and her four sisters at night.

Filer’s family was poor, she said. But as far as she knew, she had everything they needed in her Springhill home.

Now the 82-year-old Gainesville resident of Lincoln Estates sees a different community –– one with less Black families –– forming around her former one as developers continue to invest in building high-rise apartments on the east side of the city.

The divide between East and West Gainesville has grown more complex as UF continues to increase in size each year, spilling onto the city’s less-developed east side. It matches a trend of gentrification of Black neighborhoods in cities across America over the past couple decades.

A recent high-profile example of development in a historically Black neighborhood was in Pleasant Street, where new high-rise apartments were approved in December to replace an affordable housing community despite backlash from residents.

Gainesville Mayor Lauren Poe said the city has no hidden agenda. He said he’s never served a term with someone who didn’t deeply care about the concerns of East Gainesville residents.

“We have an incredibly transparent and accessible government,” Poe said.

An initiative to help preserve the integrity of Black communities is to implement heritage overlay districts, which would protect neighborhoods’ distinct identities, he said. This would help promote collaboration, community involvement and transparency.

Poe said he’d like to see more inclusionary zoning policies, which would require a share of new construction to be made affordable to people with low to moderate incomes.

City Commissioner Gail Johnson proposed a moratorium on development in historically Black neighborhoods, which would have blocked most development in the area except affordable housing, retail stores less than 2,000 square feet, and buildings related to basic needs, such as health care, food and nutrition.

The top priority for the city, Poe said, is to help promote more affordable housing efforts. The proposal to suspend development altogether on the east side goes against those intentions.

“There's no silver bullet,” Poe said. “We’re going to have to be creative. A lot is going to depend on the people that live in these neighborhoods now, and whether they want to stay and continue to invest.”

Peggy Macdonald, a public historian and adjunct history professor at Stetson University, said East Gainesville is the original heart of the city. Before UF, the town was just eight blocks with the original Alachua County Courthouse at its center.

UF chose Gainesville for the site of its campus in 1906, forever “changing the flavor” of the community, Macdonald said. This was a change most residents welcomed with open arms, as local officials from Gainesville and Lake City competed for the honor.

“If you look at the electoral map, Alachua County, because of Gainesville, tends to be an oasis of blue in a sea of red because of the University of Florida,” she said.

Gainesville has roots in slavery and white supremacy from when Florida was a part of the Confederacy during the Civil War, Macdonald added. In the Jim Crow era, she said Black people were not allowed to buy homes in certain areas. While redlining is less overt today than it used to be, she said realtors continue to steer affluent people away from the east, bringing down the value of eastside properties.

A recent trend has seen local officials approve all new construction even when developers aren’t familiar with the best interest of the community, Macdonald said.

“It's about making money,” she said. “But we have to ask the community: What are our values? It's a travesty to those families who go back for generations.”

Filer said she believes the university and historic Black neighborhoods can coexist. As a UF graduate and someone with family ties to employees and other students, she’d like to see the university’s growth contained to the west side of town.

“I love being a university city,” Filer said. “I just don't want the university to be the entire city.”

Sharon Austin, a UF political science professor, said it’s common for U.S. cities to have distinct sides separated by race due to the legacy left behind by Jim Crow-era segregation.

Even though white people are beginning to move into Black areas to improve infrastructure, Austin said this will displace working class, less affluent Black families. In 1980, 88% of Springhill’s census block was Black. But today, only 66% of residents are estimated to be Black.

However, there is a way to see more ethical development, she said. Some cities have implemented mixed income development, where rent is controlled and people of different income levels can live alongside one another. Gentrification is a process that happens quickly as the price of living rises, Austin said, but she doesn’t think it has begun in East Gainesville just yet.

“I have a suspicion that it's coming in the future,” she said. “Once you start seeing changes taking place in your community, that usually means the city is planning to do something they just haven't told you yet.”

Filer said she hopes to see the eastside better represented by local officials, and that they take the time to consult community leaders and residents before making decisions about development.

“Oftentimes the people making the rules don't do it out of disrespect,” Filer said. “They do it out of ignorance. I don't want to continue to see the east side of town being treated as the stepchild.”

Springhill has been safe from high-rises, she said, but students continue to rent houses in the area and white people have been integrated into the community. While she’s not opposed to them moving in, she said it’s only a matter of time before high-rises start popping up.

“I just don't want big companies buying our property up and squeezing us out,” she said. “But that’s one of the mantras of Gainesville at this point.”

That’s why Filer loves the city’s lesser-known history –– it’s all she has left to remember how it once was. 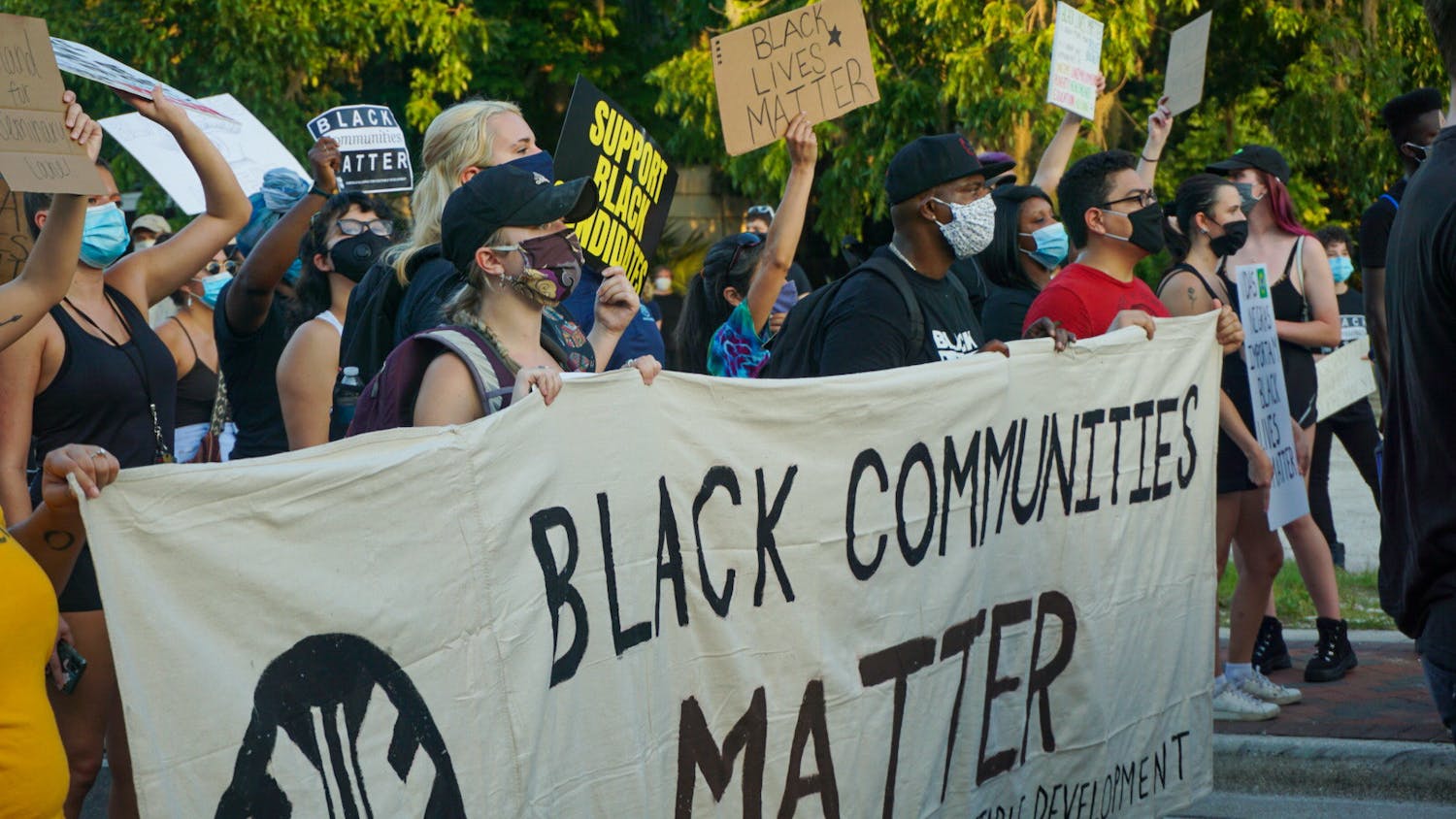