The Gators have owned LSU in volleyball for nearly a decade.

In the last 10 years, Florida hadn’t lost a single match to LSU and hadn’t  dropped a set since 2014. That is, of course, until Thursday night.

Florida survived a sloppy performance against LSU and dropped its first set in seven years. Despite the inconsistent play, Florida handled its business and won the match 3-1.

No. 9 Florida took care of business in the first set, winning 25-17. The Tigers made things uncomfortable for the Gators, but Florida was able to pull away late in the set for the first-set victory. They were vicious out of the gate and tallied 20 kills in the opening set.

Outside hitter T’ara Ceasar led the way for the Gators in the opening set. The redshirt junior from Panama City, Florida, was dominant and notched seven lethal kills for a blistering .583 hitting percentage. As a team, Florida  hit .485, which  coach Mary Wise described as “elite numbers.”

The second set was a set of runs. The Tigers bounced back after a tough first set  and jumped out early to a 6-3 lead. The Gators struggled serving early on, with errors giving LSU two of its first seven points.

However, they were able to tighten up and ignited a 6-0 run to take an 11-7 lead. That lead was short lived, however, as LSU responded with its  own 5-0 run.

Florida was able to tie the set at 13 but couldn’t grasp onto the lead. The Tigers outscored Florida 12-9 to grab the second set 25-22.

The win was LSU’s first-set victory against Florida since 2014 and its  first in Gainesville since 2012. The Gators mental errors haunted them the entire set. They gifted the Tigers four free points off serving errors and committed nine attack errors.Their hitting percentage took a nosedive to .205.

Mental errors were dominant in the third set, too.  An uncharacteristic attack error by Ceasar gave the Tigers a 4-3 lead. However, Florida limited the mental mistakes to take a 12-10 lead before an LSU timeout.

The sloppiness didn’t stop as both teams failed to keep the ball in play.. They combined for 26 attack errors in the third set alone. The Gators committed 14, while the Tigers added 12 of their own.

Both teams traded the lead back and forth like a seesaw. The Gators reseized control late and grabbed the set 25-20 through a 9-3 run.

The momentum carried right over into set four, The Gators jumped out to a 5-0 lead and never looked back, finishing off the match with a 25-19 victory.

Ceasar and outside hitter Thayer Hall  led the Gators. Ceasar finished the match with 20 kills on40 total swings, while Hall recorded19 kills.

Florida’s ability to convert on offense made the difference in the match. They converted 65 kills off of 140 attacks, while LSU only had 45 on 142 attempts. The Gators nearly doubled the Tigers’ hitting percentage as well, beating them .300 to a measly .169.

Despite those numbers, the Gators were far from perfect Thursday and finished with 23 attack errors and seven service errors.

“We don't know how great we can be yet, but I see so much greatness in this team,” Ceasar said. “We're just day in, day out, getting better and chipping away and learning how to be one unit.”

The Gators, with a 10-2 record, have now won five-straight matches, with their last loss coming in November against Georgia.

“I would like to think we’re a long way from peaking, but we're making steps in the right direction,” Wise said.

The Gators will soon be on a road trip to Starkville, Mississippi, to take on the Mississippi State Bulldogs Feb. 19 and 20. 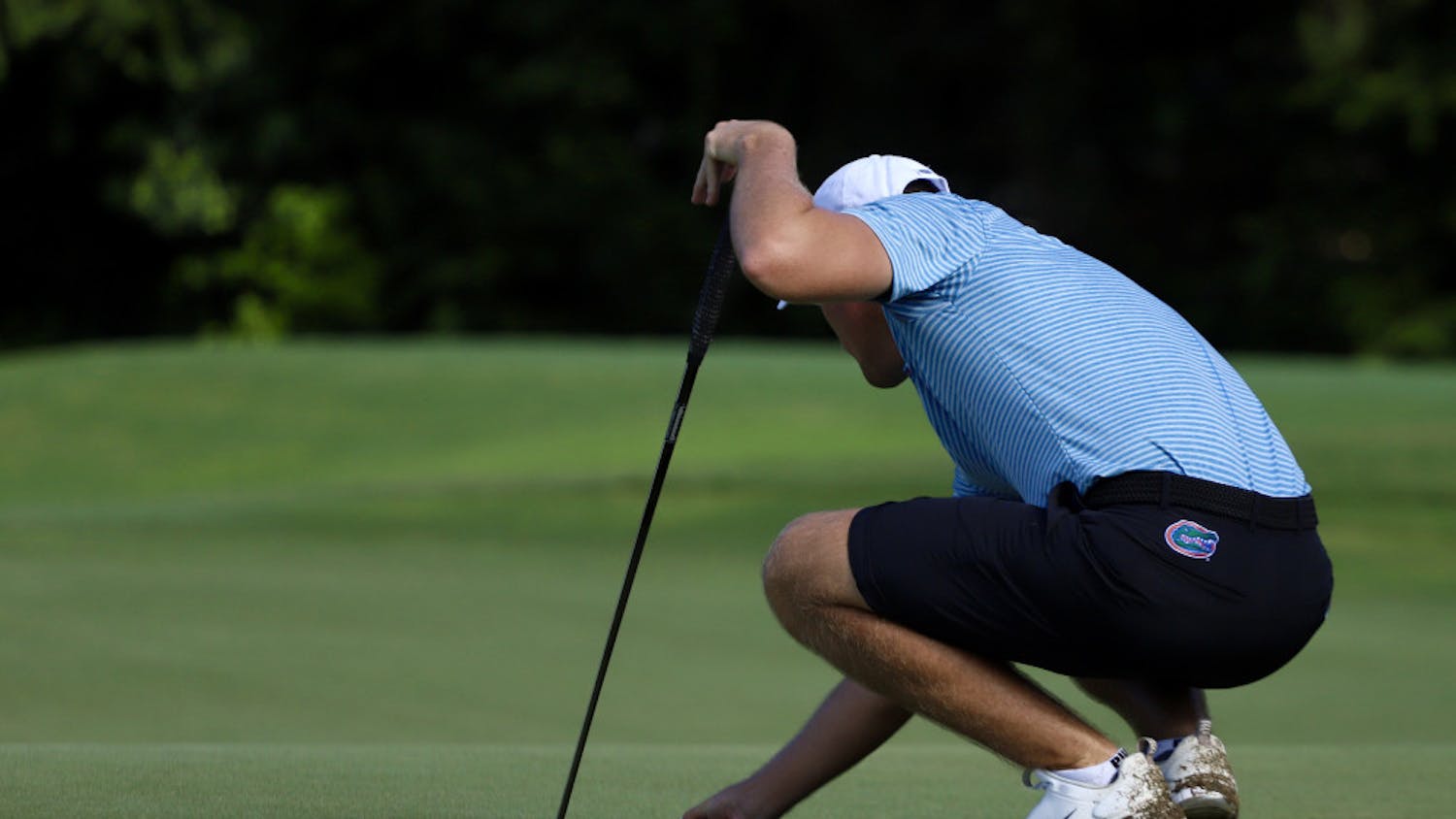 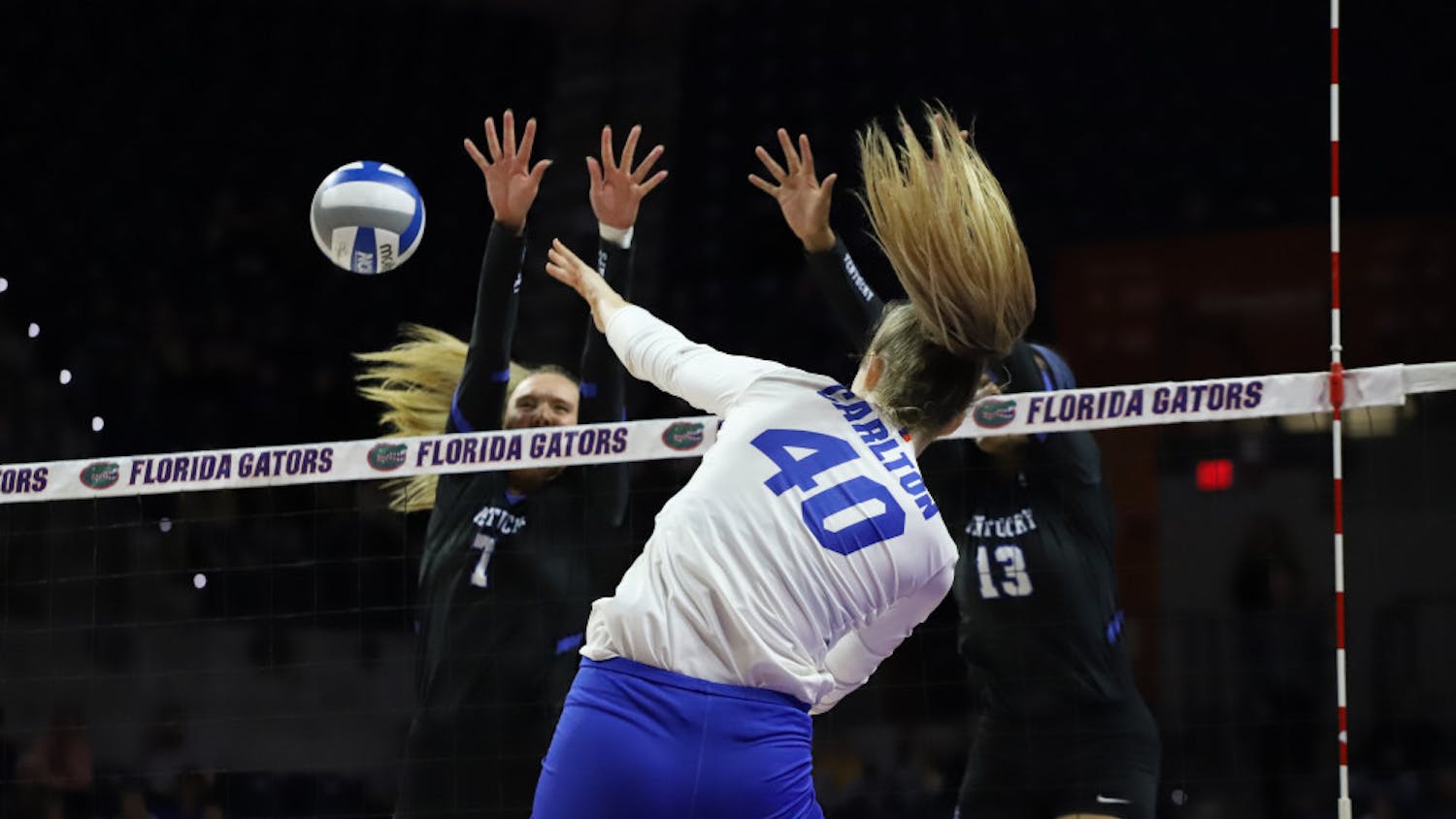