Skip to Content, Navigation, or Footer.
Donate Now
We inform. You decide.
Tuesday, April 13, 2021
THE AVENUE  |  ART AND THEATER

Gainesville residents can watch a unique musical and acrobatic performance this weekend — all from the comfort of their cars.

Dusty’s Drive-In Circus — a dynamic combination of ragtime-pop music, acrobatics and various circus acts  — will take place at the Gainesville Circus Center for a total of three shows Friday and Saturday. The variety show will combine traditional circus entertainment with a performance by Dusty’s Ragtime & Novelties, a ragtime-style musical group.

The event is organized by Dustin Cottrell, 39, founder of Dusty’s Ragtime & Novelties, and his sister, Corey Cheval, 37.

Growing up in Gainesville, the siblings both said they were surrounded by the arts, with their parents making sure they received a music education. As the two got older, however, Cheval said they began to go their separate ways, with Cottrell pursuing work as a musician and Cheval being more interested in dance and aerial arts.

Cottrell was working at a restaurant with a cover band when he first sat down at a beat-up piano and began to play jazz songs during soundcheck. After the venue owner suggested he put together a two-hour program of similar material, Dusty’s Ragtime & Novelties was born.

In 2016, Cheval suggested that her brother combine his ragtime-pop act with elements of the circus, and the two have been working together ever since.

“We’ve become much better friends than we ever were before,” Cottrell said. “We have our separate domains, and we get to produce something together — it’s been a wonderful thing for our family.”

Cheval is the founder and executive director of the Gainesville Circus Center. She said she was inspired to open the establishment upon moving back to Gainesville after spending time practicing aerial arts across the country and in Brazil. Cheval said she struggled to keep up her training while earning her Ph.D. at UF.

“Aerial acrobatic arts is not something you want to practice alone,” she said. “I needed a community.”

Working with her mentor, Lynn Polke, to build an aerial arts program and teaching under S-Connection Aerial Arts, Cheval began to establish the community she was looking for in Gainesville.

In 2018, she restructured the school as a nonprofit social circus. Since then, Cheval said the mission of the Gainesville Circus Center has been to make circus arts accessible to people of different ages, physical abilities and incomes.

Gainesville Circus Center was recently awarded a Tourist Destination & Enhancement Grant from Alachua County, which will be used to fund the performances of Dusty’s Drive-In Circus this weekend.

Cheval said continuing to hold events during the pandemic can make it difficult to achieve the performer-artist interaction shows usually rely on — especially since outdoor venues rarely include all the elements of a fully produced stage. Using the grant, however, Cheval said Gainesville Circus Center has been able to contract Bunt Backline Event Services to build an outdoor stage and handle lighting, sound and technical aspects in order to best mimic the traditional experience.

Still, Cottrell said he plans to include some audience participation in the form of a dance set. He said Dusty’s Ragtime & Novelties has never done a drive-in performance before, but he is sure audiences will find a way to enjoy the unique format.

Cottrell said he thinks people are especially looking for an opportunity to explore outside their homes and try something new during the COVID-19 pandemic.

“People want to get out and do something different from what they’ve been doing the past year,” he said. “Dusty’s Ragtime Circus is definitely different.”

Dusty’s Drive-In Circus will feature one show Friday at 7 p.m. and two shows Saturday at 3 and 7 p.m. Tickets can be purchased online for $30 per car. 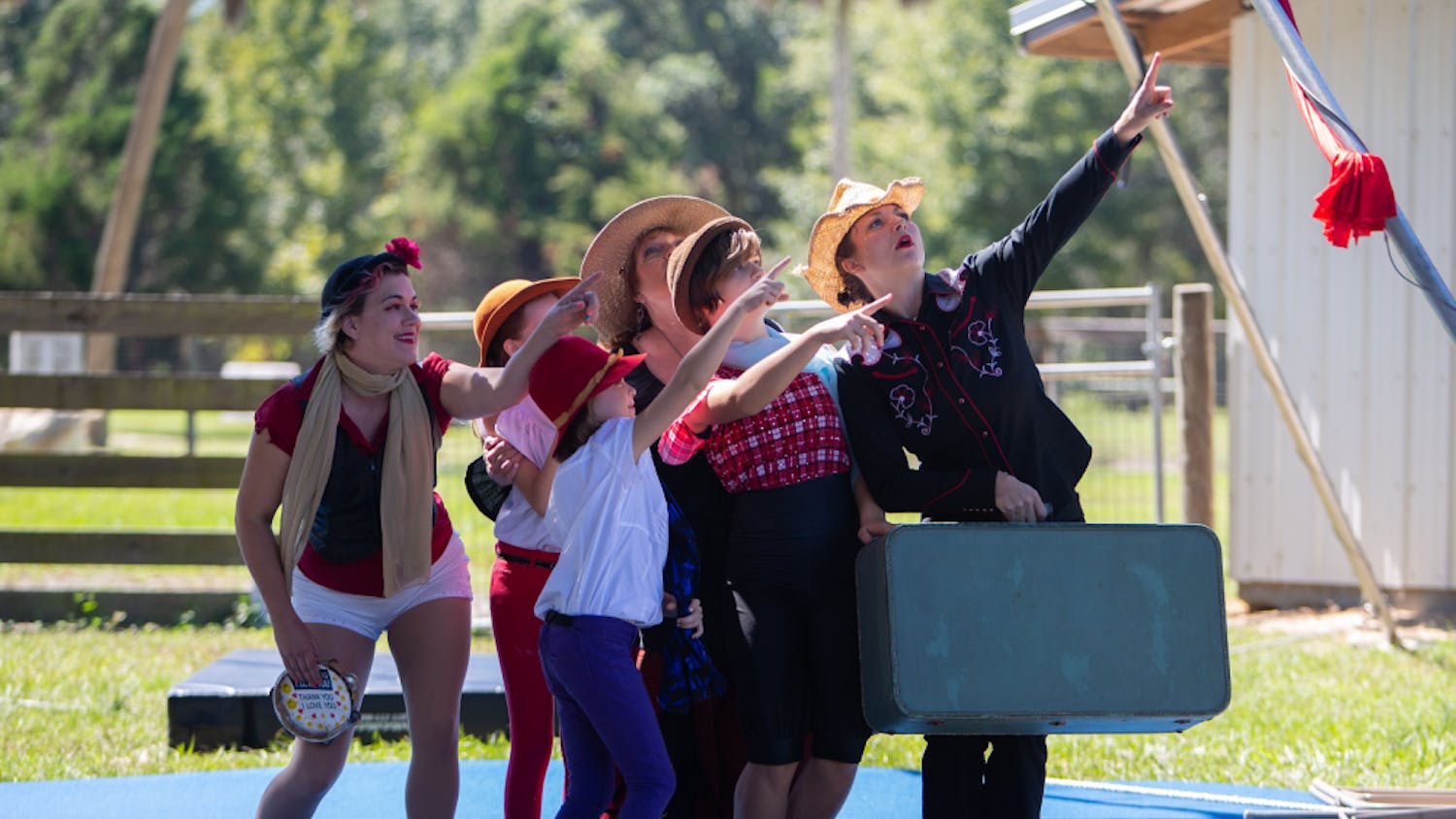