Students expressed disappointment with the lack of transparency

Emily Fahey worries about where she would raise her two young daughters if UF follows its plans to demolish Maguire Village and University Village South, two of the five graduate and family housing complexes on campus.

She lives at Maguire Village with her husband, who is pursuing a Ph.D. in cultural anthropology,  and their 2- and 4-year-old daughters, Penelope and Hermione. They appreciate being able to take the girls to a playground 10 feet outside their house — something that cannot be found in a complex tailored to undergraduate students.

“If they remove graduate housing, they are going to make UF less attractive to families like mine who want to be able to have a family life while they pursue a higher education,” Fahey said.

Graduate and family housing is a living community reserved for graduate and professional students, as well as those with families, according to its website. Fahey, 35, is not the only graduate housing resident who said they felt unheard and devalued by UF after hearing its plans to demolish nearly half of graduate on-campus residencies.

In October 2019, the university announced the campus housing plan with a proposal to tear down two of the five graduate and family housing complexes at UF, stating the buildings were falling apart and too costly to repair.

Besides safety, Fahey values the affordability of family graduate housing. Her primary concern following the 40% reduction of graduate housing buildings is finding a place off campus compatible with a graduate student’s budget and lifestyle.

The average graduate assistant salary at UF is about $23,000 per year — meaning that paying off-campus housing would leave only 48% of their monthly income for expenses other than housing. According to the US Census Bureau, rental prices exceeding 30% of a household’s monthly income is considered cost-burdened; anything over 50% of the income is severely burdened.

“We want to be able to bring our best academic selves to UF, make UF look good and make UF a top 5 university,” Fahey said. “But we can't do that if this vital service of safe affordable family housing is taken away.”

In 2018, Gainesville had the second highest percentage of households spending most of their income on rent in Florida behind only Punta Gorda, on the West coast of Florida, according to a Harvard housing cost study. Nearly 40% of the city’s population pays more than half of their monthly income in rent, according to the study.

While campus housing and construction were among the main topics of discussion during the UF Board of Trustees meetings March 18 and 19, little was mentioned about the graduate student living experience.

Three graduate students participated in public comment on March 19. They emphasized their disappointment in the university’s decision to demolish these buildings and force students to look for off-campus housing.

Graduate Student Council president Jonathan Orsini spoke at the Board of Trustees meeting to highlight graduate students’ stress levels and the importance of affordable housing. He referenced a 2018 study from the Minnesota Office of Higher Education that showed the search for affordable housing is a huge burden to graduate students, and students who have to worry about it are unlikely to pursue a graduate degree.

Amanda Pritzlaff, a Ph.D. candidate and representative for Graduates Assistants United, UF’s union for graduate employees,also spoke. She highlighted the value graduate students bring to the university, such as the part they played in earning UF a record of more than $900 million in research funding during the COVID-19 pandemic.

“I assure you, we are on it,” Hosseini  said. “It is our turn to pay attention to you. It’s coming.”

In the meantime, graduate students still depend on on-campus housing to attend UF. The availability and affordability of the housing is one of the main reasons Jacqueline Schnieber chose to study at the university.

Schnieber, a 28-year-old international fourth-year English Ph.D. student from Germany, lived in Tanglewood Village, a graduate complex located on 13th street, for her two first years of study. She moved off campus in 2019 to live with her boyfriend. Schnieber said finding a reliable and affordable apartment is particularly difficult for students coming from other countries because of unfamiliar contracts and pricing of the area.

“Having grad housing was a major blessing, and I don't think I could have done it without it because I was already low on money when I came,” she said.

“Instead of lip service, we want to see action,” she said. “We don't want another email saying how much you value us; we want to see you actually coming to the table and listening to our stories and hardships that a lot of us go through, and how you can help.”

Lack of transparency from the university about the issue is another criticism from graduate students.

Orsini said this was a major problem in 2019 and 2020, as the university didn’t inform graduate students about its plans to cut graduate housing nor why.

It is important the university investigates the needs of UF graduate students, Orsini said. He praised the appointment of a Board of Trustees member to further study those needs.

The Board of Trustees rescheduled Dr. Sylvain Dore's presentation on the graduate student experience from Thursday to its June meeting.

“Graduate students and the university needs should not be competing,” he said. “They should actually be in alignment.” 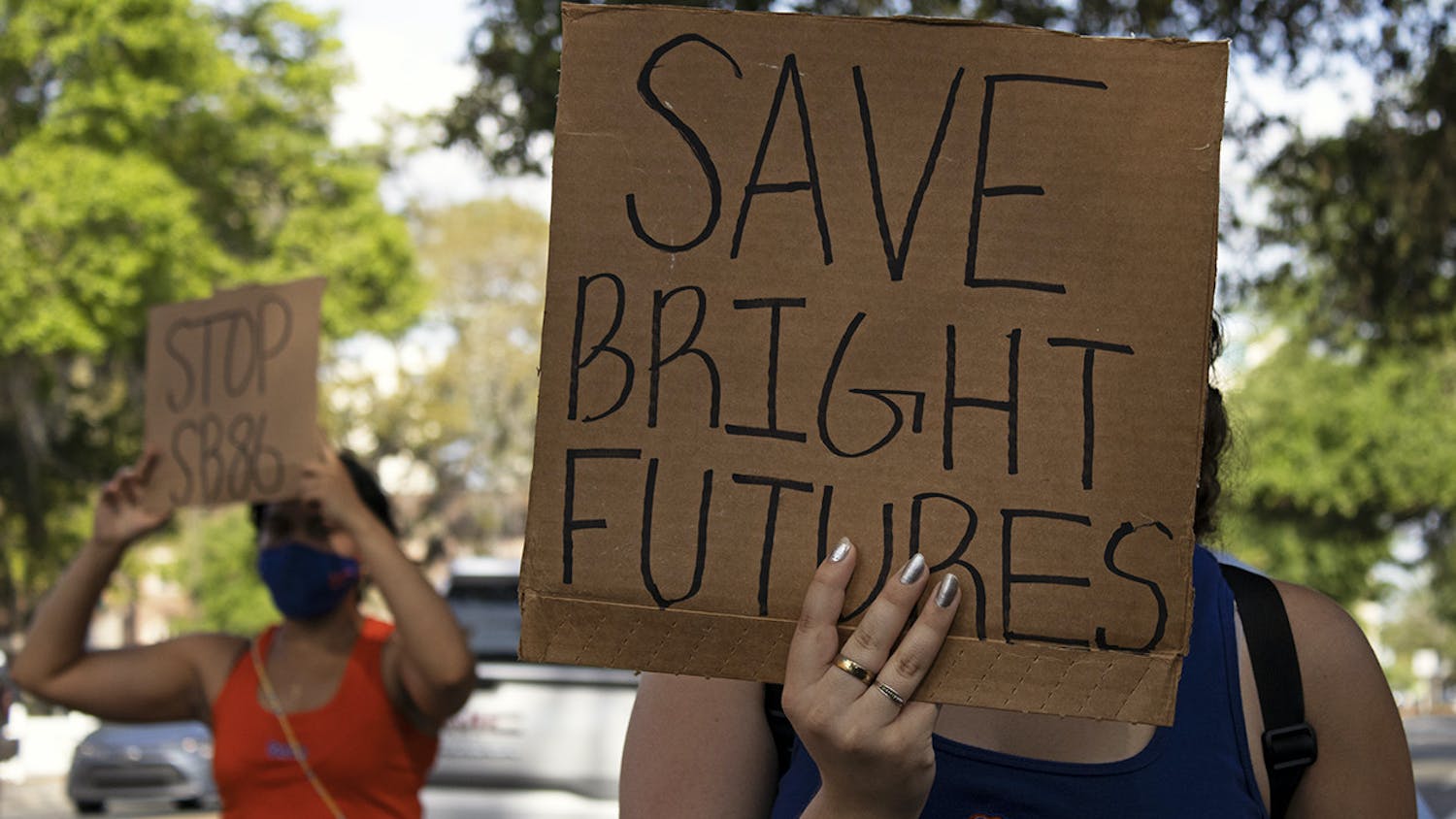