Skip to Content, Navigation, or Footer.
Donate Now
We inform. You decide.
Wednesday, January 26, 2022
Developing:
The latest news on UF’s barring of professors from testifying against the state
THE AVENUE  |  ART AND THEATER

The burlesque, sideshow and drag show will virtually bring audiences face to face with their dark side before resuming to live, in-person shows

Purple Nightshade Productions is bringing summertime creepiness back to Gainesville.

After over a year of mainly online events due to the COVID-19 pandemic, the horror theater company will premier its last solely virtual show, “Mirror Images,” on June 26 at 9 p.m. Broadcasted through Vimeo, the show will feature psychological-based themes with glow in the dark costumes, contortionists and burlesque performances.

On June 13, the company held its first face-to-face live show since the pandemic, “Halfway to Halloween,” at University Club with the local drag collective The Boheme Coven.

After a successful night with a fully vaccinated cast, the company decided that Purple Nightshade’s “Mirror Images” premier will be its last strictly virtual show. After “Mirror Images,” Purple Nightshade will go back to fully-produced live performances except for possible pay-per-view recordings of special events.

Flower said “Mirror Images” plans to take a psychological turn with acts that will “defy human explanation.” The plot centers around what audiences see when they look in the mirror– how they present themselves to others is their light side, and how they see themselves is their dark side.

The concept of Purple Nightshade originated four years ago when Flower and a group of friends, all performers and fans of horror, sat down for brunch and discussed the lack of horror-based theater shows running outside the month of October. Instead of just having Halloween-themed shows in autumn, they wanted weird and gothic atmospheres at any time of the year.

“I didn't really see any kind of horror-based burlesque and drag sideshow that was being done on a regular basis,” Flower said. “Everybody crammed into October, and then that was it for the rest of the year. Three bottles of champagne in, my friends were like, ‘we should start a company that does this.”

Flower, now a burlesque performer, producer, and show host for over five years, said the environment of a Purple Nightshade show is not your typical trick-or-treat experience.

Flower started the company herself four years ago but now co-produces all of Purple Nightshade’s shows with her partner Freddy Vulgar. As fans of the weird and bizarre , Flower said their goal is to shock and excite audiences at every show.

“We deal with things like blood, slime, jello-mold hearts, brains and weird eyeballs,” she said.  “There's always that pause from the audience of ‘did we just see what we think we saw?’”

Though excited to return to live events, Flower said holding virtual horror burlesque shows gave performers and crew members a bit of freedom and a chance to expand their artistic styles.

“If you watch the show, you will see some things that they would not normally get to do in front of a live audience because it's either too technical, requires too many bodies or too many effects,” Flower said.

Edith Meowt, Purple Night Shade’s editor, digital producer and performer, has worked with the company since its inception in 2017. Throughout the pandemic, she helped different theater companies switch from in-person performances to digital formats. She also taught the basics of video editing to a class of performers on CrowdCast.

Meowt said virtual shows have given her more cinematic creativity.

“It's almost an entirely different show experience, but not any less fun or intriguing,” Meowt wrote in an email. “Instead of having only a stage and a costume, now you can add camera angles to add to the weight of a scene, or you can show a point-of-view for the audience that they otherwise couldn't see in a normal live-show setting.”

While in-person and virtual shows are two unique experiences, Meowt said the overall enjoyment from audiences and performers remains the same.

“It truly is an interesting media for the art form,” Meowt said. “These performers put their everything into new and innovative ways of performing, and they do it for the love of creating.”

As the editor for the “Mirror Images” premier, Meowt said that while horror burlesque seems like an odd combination, Purple Nightshade’s shows are a perfect mix of spine-chilling and thrilling experiences.

“Usually, when one thinks of burlesque, they think of rhinestones, feather fans, lacy undergarments - not oozing bloody wounds, or someone simulating being stabbed, or monsters. Blending sexy and scary is like blending two flavors you'd never imagine going together, but it feels and tastes just right.” 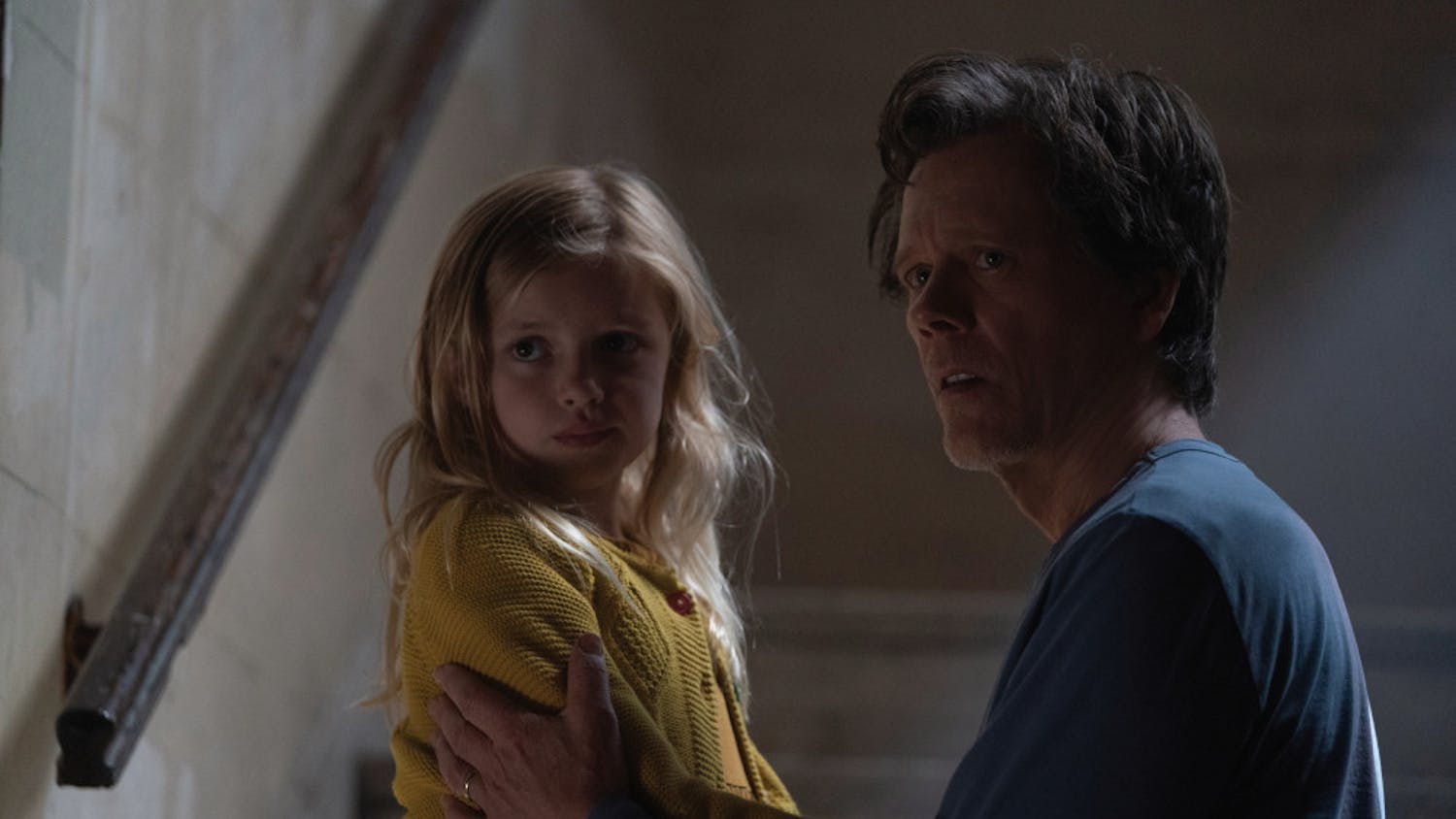 “You Should Have Left”: A conversation with Kevin Bacon 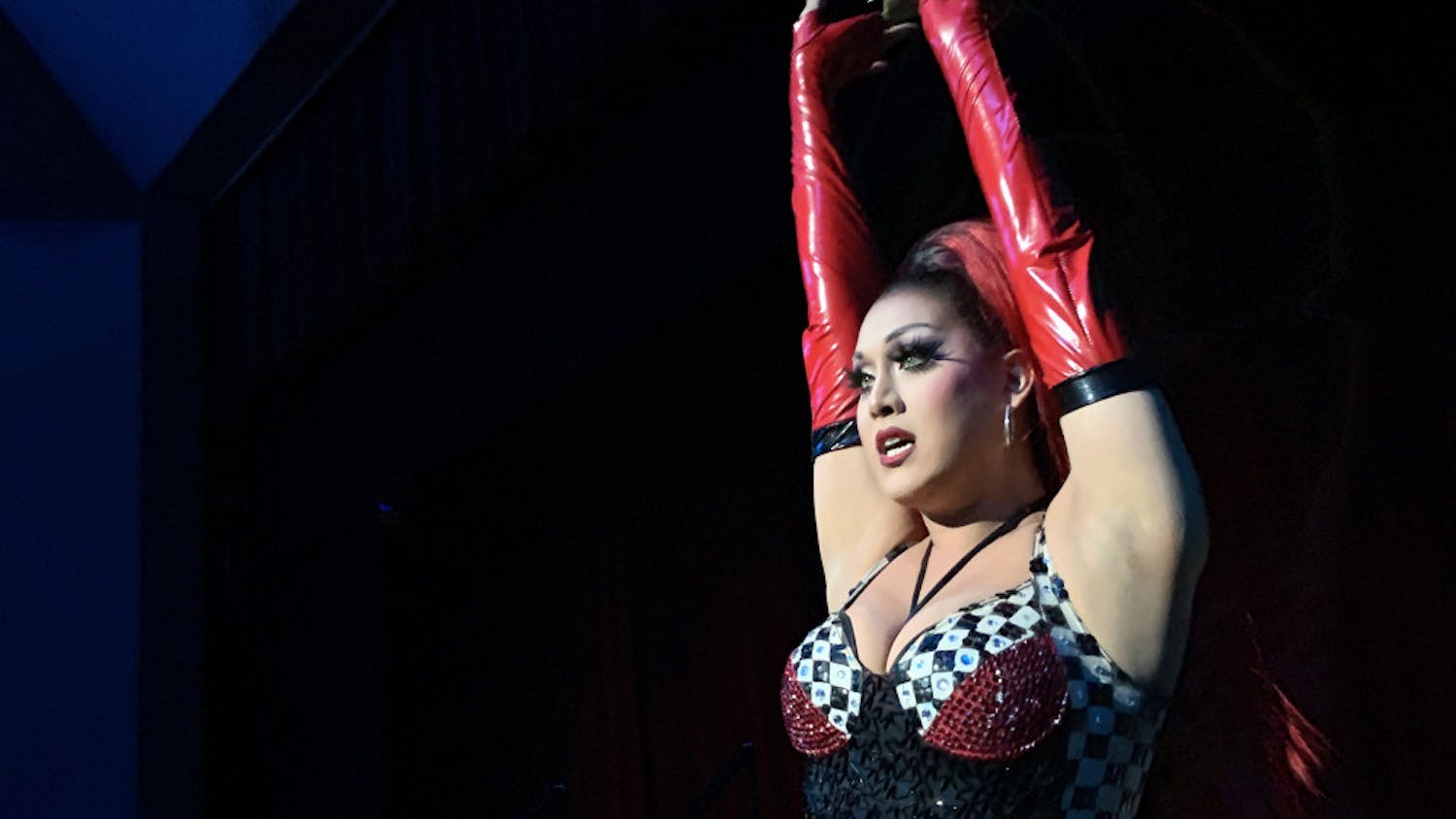