According to the UF’s Crime Log, 98 rapes have been reported at UF since 2015, with nearly half occurring in residence halls.

Out of the university’s 98 rape reports since 2015, more than 46% happened in or near residence halls and facilities, according to data from the UF’s Crime Log, a record of campus crimes reported to UF Police Department and Campus Security Authorities.

Five rapes occurred at or near Keys Complex, the most out of any dorm, while four occurred at Jennings Hall and three at Broward Hall.

Also, 16 rapes were reported to have occurred at or near fraternities, making up 16% of the total rape reports since 2015. Some fraternities were listed, including Pi Lambda Phi, Kappa Sigma, Beta Theta Pi and Theta Chi, but 11 were unnamed on the Crime Log.

UF Health public relations specialist Ken Garcia wrote UF Health takes accusations of sexual assault seriously and their hospital security cooperates with law enforcement to investigate any concerns. Garcia did not answer questions about why the hospitals have a prevalence of rapes reported and what preventative measures UF Health takes.

The trends the Crime Log reveals are only part of the picture of sexual assault on campus.

In a 2019 survey of more than 51,000 UF students, about 30% of UF undergraduate women reported nonconsensual sexual contact by physical force or inability to consent.

Alyssa Zucker, associate professor at the Center for Gender, Sexualities and Women’s Studies Research, said many undergraduates, especially female students, do not report to police.

“I think a lot of the reason why some victims don’t tell anyone is that they feel like they won’t be believed, or they will be judged on the terms of rape culture,” she said.

Rape culture, a set of beliefs which holds women responsible for preventing rape and often excuses male perpetrators, is rampant on college campuses, Zucker said. Being proactive and putting responsibility on the perpetrator, not the victim, can end rape culture.

About 26% of undergraduate females are raped or sexually assaulted during their time at college, according to a 2020 study done by the Association of American Universities.

​​College is often called the best four years of life. From parties and tailgates to snack runs and studying all night, it’s full of happy memories. However, for 98 UF students, those happy memories will be haunted by one specific moment. Sexual assault leaves lasting impacts on the victims, including depression, post-traumatic stress disorder and panic attacks.

On a cool, calm Saturday night in February 2019, a freshman psychology and women’s studies student went to University Club, a gay bar off East University Avenue, with a group of her best friends.

“It felt like a normal day. I was just gonna go hang out with my friends, go see some drag queens,” she said. “It was just kind of something we did on the weekends.”

She usually went to bed earlier than her friends, so when she ran into someone she knew in high school who offered to give her a ride back to her residence hall, Keys Complex, she said yes.

Instead of dropping her off, he followed her into her first-floor dorm room and sexually assaulted her.

The source’s name is withheld because she is a survivor of sexual assault.

She reported her assault because she didn’t want anyone else to experience what she did.

“That's kind of what led me to calling [the police]. Because I knew in that moment if I didn't do anything, there was a greater potential for that to happen to someone else,” she said. “The most important thing was that it did not.”

After the assault, the survivor ran out of her dorm, wrapped in a blanket. She bawled as she sat in the Keys courtyard.

Her roommate encouraged her to call the police, and UPD officers drove her and her roommate to Shands Hospital in a police SUV early Sunday morning, she said.

Then, she said she was interviewed by police and hospital workers five or six times.

Healthcare workers performed a rape kit, a four-to-six hour process that involves collecting physical evidence and examining injuries. She and her roommate spent 10 hours awake in the hospital.

Her assailant was arrested the same day.

“You go through an assault, which is one of the most invasive things that can happen to a person, and then going to get a rape kit done, you feel even more exposed,” she said. “You have somebody swabbing every square inch of your body and taking pictures of you and asking question after question.”

The survivor, now a 21-year-old senior, pursued criminal charges against her assailant, whose family paid a $275,000 bail bond to have him released to his parents’ home in Jacksonville. He was let go with a GPS monitor and a promise to attend Phoenix House, a substance use disorder rehabilitation center in Citra, Florida, according to Alachua County court records.

But the day she went to the State Attorney’s Office to discuss the case, they told her they would be dropping all of the charges due to insufficient evidence, according to court records.

“That situation, I’d say, made me feel even more victimized than the assault itself,” she said.

Now, the survivor says there are moments when she regrets reporting her assault.

“Looking back, in a way it felt like speaking out about it almost caused more harm than good,” she said.

Her assailant moved to another Florida university after the assault, she said.

“Before this happened, I had a kind of false sense of security at UF. And the experience was very eye-opening. One of my main criticisms of this school, surrounding sexual assault, is they’re very reactive and not proactive in preventing sexual assault,” said the survivor.

The only sexual assault education she remembered was a video explaining how consent was like tea, she said.

“I don't think a 10 minute video comparing consent to tea is adequate at all,” she said.

The Office for Accessibility and Gender Equity has run the mandatory sexual assault prevention and alcohol education courses for incoming students since 2017. The prevention training has recently been revamped, and the office has also created an app to make sexual assault resources more available.

After her assault, she sought counseling. However, for two years she struggled to find an affordable, long-term therapist in her insurance network.

“I don't come from a very wealthy background so I can't afford to pay 200-plus dollars a session to see a counselor,” she said.

She saw a UF Health therapist for four months until they stopped taking her insurance in June.   Now, she is hesitant about continuing her treatment.

“My therapist used to say a lot that trauma work was very hard work, and I agree with that. It takes a lot of time and energy,” she said. “And then, I’m a student and working so I don't really have much time to be searching for a therapist and doing that at the moment.”

Sara Tanner, UF chief of staff and director of marketing and strategic commuinication for student life, declined to answer questions on the prevalence of sexual assault in residence halls, resources for survivors or UF Housing’s preventative measures.

Greek life’s preventative measures and processes for dealing with sexual assault land on the individual houses.

When an assault of their member is reported to UPD, UF Panhellenic Council alerts the Office of Sorority and Fraternity Life to assist throughout the case and offer resources to the victim, UF Panhellenic president Martha McCullough said.

Office of Sorority and Fraternity Life director Reginald Lane, assistant director Ashley Cofield and associate director Simmone Horman did not respond to an email request for an interview.

However, McCullough said it is entirely up to the individual chapter presidents’ discretion how they want to approach reports of sexual assault.

“I usually don't handle those cases personally but I am made aware of them, so in case I am needed in any capacity, I'm aware of the situation,” she said.

Details of the crime are withheld from McCullough to protect the victim’s privacy.

Sexual violence is prominent on college campuses, especially within Greek life, which makes up 13% of UF’s student population, McCullough said.

McCullough believes assault is prevalent in the Greek community because they are a prominent, socially active organization on campus.

Rape is a taboo subject that intimidates people from sharing their experiences in the Greek community, she said.

However, most assault cases within Greek life were reported to have occurred at IFC fraternity houses.

If an IFC fraternity member is found guilty of any sexual misconduct in an informal investigation and trial, it results in immediate expulsion from the fraternity chapter as they have a zero-tolerance policy, he said.

However, it isn’t a legal trial as Grant said it is led by each chapters’ members and left entirely up to the chapter’s discretion in their decision and the severity of the punishment.

The chapters are obligated to bring the incident and chapter’s decision to IFC’s and UPD’s attention. All IFC members are notified of the report through a mass email, which omits the names of anyone involved, Grant said.

Grant believes rape is prominent in Greek life because of the partying lifestyle. The use of alcohol and drugs puts students at a higher risk of being a victim of sexual assault, he said. He said it only further reinforces the stigma that most rapes occur within Greek life and makes them look bad as a whole.

Alyssa Zucker, associate professor at the Center for Gender, Sexualities and Women’s Studies Research, said drugs and alcohol can contribute to victim vulnerability, but rape culture is to blame for prevalence. 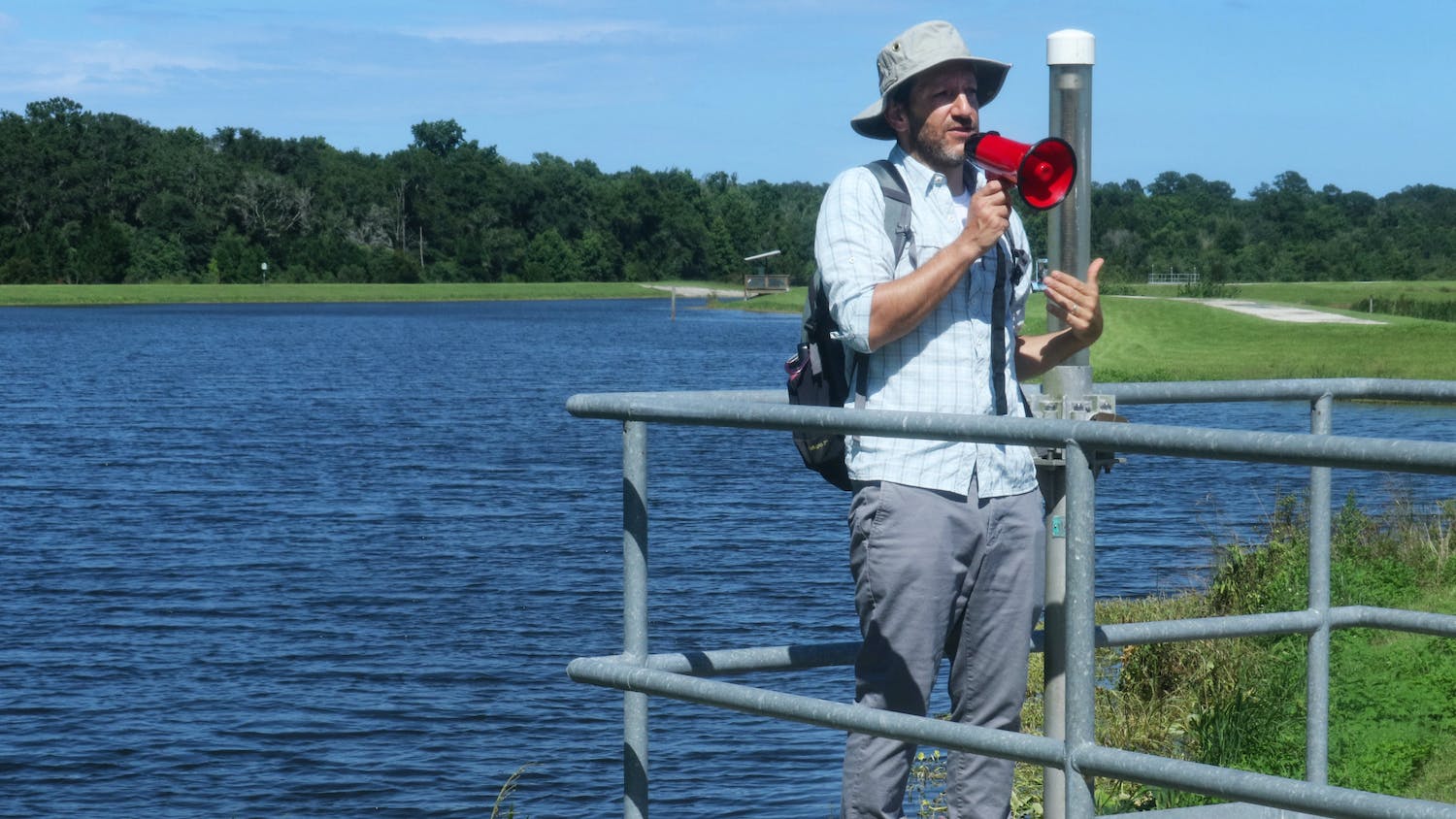