Head coach Greg Lilly gathered his team in one of Benedictine College Preparatory's lecture halls. He turned to one of his players and asked a question.

Halfway through his answer, another player jumped in and completed his thought. Lilly still remembers linebacker Ellis Brooks’ reaction to the scene.

The team turned to face Marco and Antonio Ortiz. They were seeing double.

The identical twins, however, shared more than just their appearance. They both played football for the BCP Cadets, towered over most of their classmates at 6 feet, 4 inches tall and were National Honor Society members.

Years removed from high school, the duo still share many similarities, and both became starting Division I long snappers. But now, they play for different teams — Marco for the Gators and Antonio for Texas Christian University.

The Ortiz twin robots, as Lilly dubbed them, were inseparable growing up. Mother Cindy Ortiz remembers how much her sons relied on their copy.

“They're always pushing each other,” Cindy said. “It was like a silent kind of support because they didn't always have to say anything. It was just the way they acted and were around each other.”

The pair were driven, both in the classroom and on the field. Once, Lilly said Marco had a 4.41 GPA. Marco quickly corrected him, countering that it stood at 4.43.

Each brother came with his own personal measuring stick, always competing with the other in any activity.

“We just both want to be good people,” Antonio said. “We want to be the best in everything that we do… There were times, I think it was middle school, we would play basketball like every day after school. Honestly, it led to a bunch of arguments and fights, just because we would go so hard.”

The relationship between the pair spilled over to the gridiron and the hardwood. They played many sports growing up, including Amateur Athletic Union travel basketball.

Like Michael Jordan and Scottie Pippen, the twins seemed to have a sixth sense for where the other would be on the court at all times.

“It was so fun to watch them because they literally could feed off of each other,” Cindy said.

The brothers played football for as long as they could remember, even though they didn’t like it much at first. They started as offensive linemen in flag football until one question led them to a hiatus from the sport in seventh grade.

Man, when can we get the ball?

The duo didn’t pick the pigskin back up until their freshman year of high school. They used to split time between basketball and football until Marco didn’t see much playing time and Antonio broke his wrist their sophomore year, which ended both of their hoops careers.

They both started out as tight ends and defensive ends. The Cadets even won the Virginia high school state championship during the Ortizes freshman and sophomore years.

“We were younger on the team, but it was cool to watch the older guys set the standard of what we're supposed to do as student athletes,” Marco said. “I think that's part of the reason what's helped me be successful here at UF.”

Despite the state championship rings, neither brother received many reps their first two seasons. Disgruntled with their playing time, the twins jumped at an opportunity to see the field: The Cadets needed a long snapper.

Their father, Fred Ortiz, faced a similar situation when he was in high school. He played tight end and defensive end before picking up long snapping. Fred eventually went on to long snap at the University of Texas at Arlington.

So, he trained his sons to play in his former position. They were thrust into game action, switching off snaps late in their sophomore year and continuing as upperclassmen.

When recruitment season rolled around, neither twin received interest they wanted from schools to play tight end or defensive end. Fred told them the story of Nate Boyer, a student-athlete who joined the military but later walked on to the University of Texas team as a long snapper.

“There’s other ways to get to the next level,” Fred told them.

The brothers delved into a research frenzy until they came across Rubio Long Snapping. The organization, founded by Chris Rubio, helps long snappers get noticed and play college football.

Fred remembers when the twins turned to him and said they yearned to see their names on the list of top long snappers. Cindy drove the boys to a long-snapping camp in Charlotte, North Carolina, the following weekend.

They both left the camp ranked within the top 15. After camps in Las Vegas and Tampa, they climbed up to the top five — and schools began reaching out. The duo heard from Georgia, Virginia Tech, North Carolina State and Oregon.

The camps helped the pair get noticed despite their lack of high school tape. After all, they split the Cadets’ long-snapping duties between the two of them.

They had started switching off based on the situation: Antonio would work punts, and Marco would handle field goals. As they improved and aged, they switched off every game.

“We just kind of let them do what they wanted to do,” Lilly said. “There was no detailed plan by me. It was just basically ‘Marco and Antonio, they can both do it. It doesn’t matter who’s doing it.’ Half the time, I wasn't even sure which one I was looking at.”

Lilly quipped that he and the team’s kicking coach would glance at each other in mutual confusion.

I don’t know. I thought you knew?

Despite their common cases of mistaken identity, Marco and Antonio quickly branded themselves as top long snappers. But the position came with its challenges: You only get one shot, one opportunity.

“You're doing the same thing all the time, so your muscle memory has to be so good,” Lilly said. “If you're off just a little bit, it can be catastrophic.”

Lilly also described the position as lonely as long snappers usually hone their craft by themselves. That was never a problem for the Ortiz twins as both brothers accepted the split-time snapping role.

“We both just wanted to support each other, to help get as many reps as we could,” Antonio said. “We know it’s hard. Not many people can say they have a twin brother that is trying to snap in college as well.”

The system worked flawlessly throughout their junior season. It collapsed a few games into their senior year: Marco was sidelined for the season after a high ankle sprain. Antonio became the sole long snapper.

Antonio eventually punched his ticket to TCU, where he started as a freshman. Marco, meanwhile, collected enough tape to walk on to the Florida football team summer 2018. After he redshirted his freshman season, he only saw action during two games in his first two years on the active roster.

That was tough on Marco, Fred said.

“I remember the report cards came out and they were like, one was higher by a few tenths,’” Fred said. “Imagine now, [Antonio’s] on the watch lists for the best long snapper in the country….I'm sure it's eating up Marco, but I'm sure it fuels him to work even harder.”

During his first three years, Marco sat behind Brett DioGuardi and Jacob Tilghman. There was one positive from not playing, however.

He could watch his brother.

“I would always watch his games when I could, unless we had a game at the same time,” Marco said. “Last season, I went to one of his games, and it was actually when they upset Texas, so that was an awesome game to go to.”

Marco received the opportunity to start for the Gators this season and seized it immediately. Head coach Dan Mullen, Fred said, recognized Marco’s performance since spring practice. Each week, Mullen gives out “champion medallions” to the top players; Marco received a few throughout the offseason and into the 2021 campaign.

“He has worked so hard the past three years of Florida,” Antonio said. “Now that it's finally his opportunity, he's taken full advantage of it.”

Marco thought he would receive another champion medallion after his performance against the Tennessee Volunteers Sept. 25.

But Mullen didn’t walk up to Marco like he does when he awards a medallion. Instead, he stayed at the podium.

“I had a good feeling that moment that I've been waiting for for three years had finally come,” Marco said.

“That was one of the happiest moments of my life,” Marco said. “I've been working so hard for that moment, and all my hard work is paying off this year. I'm seeing it on the field and all throughout my life.”

Fred was on a business trip in Chicago when his phone rang with a family FaceTime call. Marco told them the news, and Fred yelled as loud as he could.

“I bet you I woke up some people on that floor,” Fred said. “I was so excited, I was so thrilled. I mean, it brought me to tears.”

The team shared a video of the moment later that day.

“When the video came out, that's when I got the emotions, and I got teared up and cried a little bit,” Cindy said. “Hearing it from him is one thing, but seeing it actually happen is just one of those moments.”

The twins’ connection is a large part of where they are today. And even though they reside in different time zones, their bond hasn’t broken.

“Having someone like that who just understands what we're both going through and someone that gets me and you get each other just,” Antonio said. “It’s awesome having someone super close like that, that you can always talk to, that's always there… I just feel blessed to have someone like him.”

Marco echoed his brother’s sentiments. It’s unusual for someone to experience the same things.

“He’s one of my best friends,” Marco said. “It's awesome just having someone else that goes through similar things that I do, just at a different place. We can always relate with each other. I'm so happy to have him in my life.”

They don’t talk over each other in lecture halls anymore, but Marco and Antonio remain just as connected — even when they live more than a thousand miles away from each other. 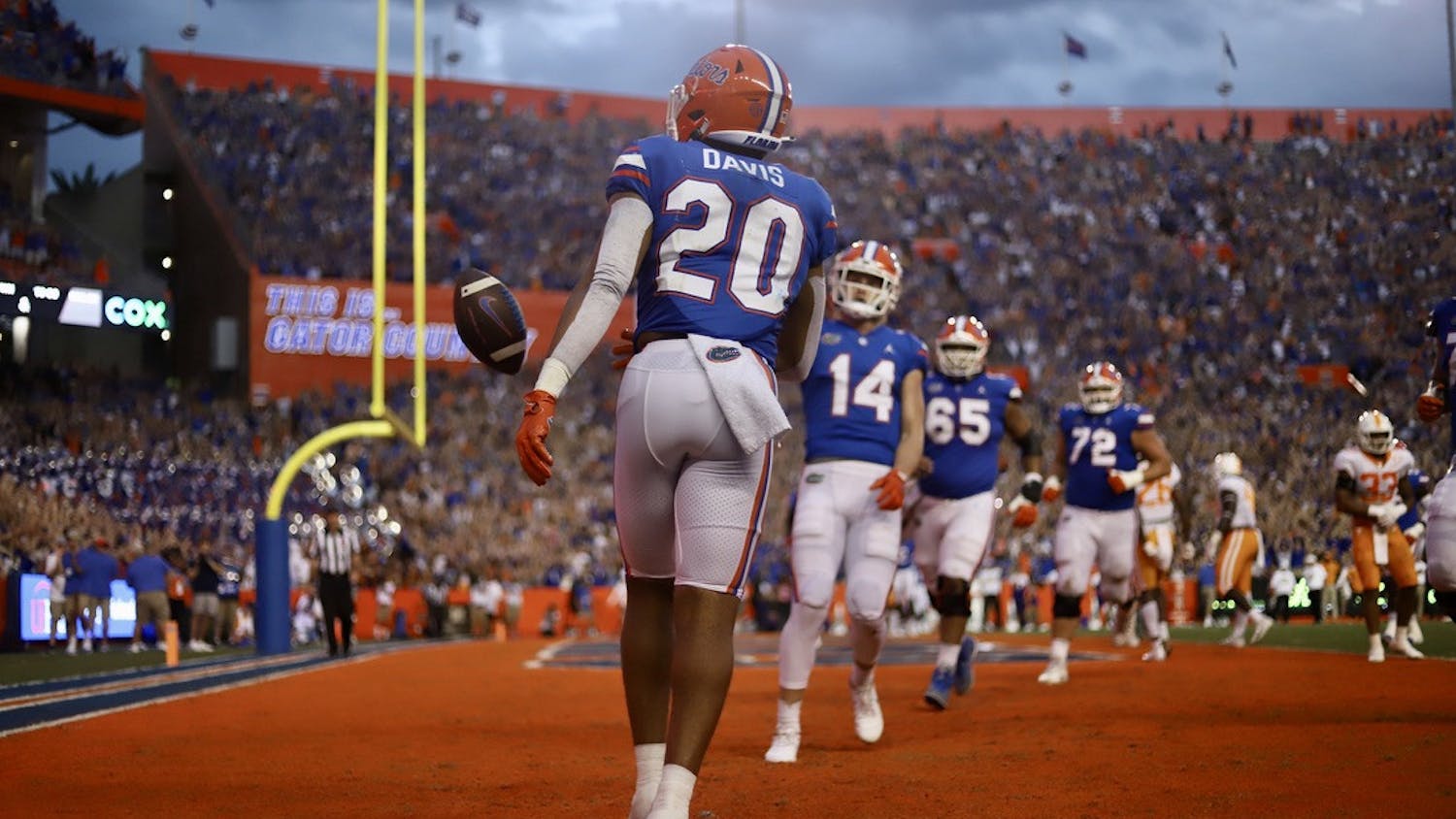