Forty banners celebrating the school’s new national ranking have been stolen across the UF campus.

Since the week of Sept. 13, the missing banners amount to a loss of almost $3,000, UF spokesperson Steve Orlando said. The double-sided, vinyl hangings are 24 inches wide and 72 inches tall. They cost about $73 each.

In less than one month, the banners have disappeared just as quickly as they were put up. Within six days of the U.S. News and World Report ranking announcement, banners were hung around campus including the Reitz Lawn, Plaza of the Americas and along Union Road.

Printed with local vendor, Signs by Tomorrow, the banners were prepared and hung as soon as the news was released.

No official complaints have been filed with the University Police Department, Orlando said. None of the bandits have come forward.

Orlando attributes these thefts to excitement about the university’s new ranking.

“We were glad that people are excited about the number five ranking,” he said. “We would prefer it if they would find another way to express their excitement.”

Stephen Baradon, a 19-year-old UF mathematics sophomore, watched as a fellow student shimmied their way up a light pole on Stadium Road at 2 a.m.

Two boys stood guard at the base of the pole while the third climbed up and cut the banner down before all three biked off together, he said.

“I think people are stealing the banners because of the TikTok trend, the most devious lick, and I also just think they want it because it's kind of cool to have,” he said. “It's something you can just show off.”

Top 7 and Top 6 banners were stolen in previous years, Orlando said. Last year, out of the 67 banners originally put up, nearly 3 out of 5 were stolen. Between the Top 5 and Top 6 stolen banners, the university lost more than $5,600.

To keep the banners attached to the light posts, a new locking mechanism was added to the top bracket by UF Facilities and Services, who hung the banners, Jordan Benton, assistant director of operations, said. But he said this extra effort has not made a difference.

UF doesn’t have a plan to replace the banners that have disappeared. The university is also not interested in punishing students.

Instead, Orlando said the school prefers to find ways to stop the banners from being stolen rather than punishing its own students.

A student who chose to remain anonymous said she has seen friends take banners with garden shears and ladders from nearby construction sites at night.

“Within the college experience, a lot of people look for a thrill,” she said. “We are high strung students looking for something fun. Some join a frat, some get tattoos. Others steal signs.”

She supports stealing the banners as a point of pride, though acknowledges stealing is wrong. Although she doesn’t have one, she wishes she did.

“If you go to a top five school, you want the recognition for it,” she said. “I want this, as like a trophy, to bring with me.”

In an effort to combat banners from being stolen, Orlando said UF is planning on creating smaller replicas of the banners that can be purchased at the bookstore in the J. Wayne Reitz Union. This is a new development as of Thursday. It is unclear when the replicas will become available for purchase or how much they will cost.

However, a UF junior who has stolen two of the top-five banners, said this effort will not stop students from taking the banners from campus.

“Nobody is going to stop stealing them if they sell overpriced ones that are smaller in the bookstore,” they said. “You can just get a bigger one, and bigger is always better, for free.”

The UF junior, who has asked to remain anonymous, stole two banners from the Plaza of the Americas as well as in between the Computer Science building and Newell Hall.

They borrowed a yellow ladder that was left on campus by maintenance services and cut down the banners with scissors at around midnight last week.

“It is now the centerpiece of my room,” they said. “It is a cool thing to have, and all my friends always comment on it. It's kind of a collectible.” 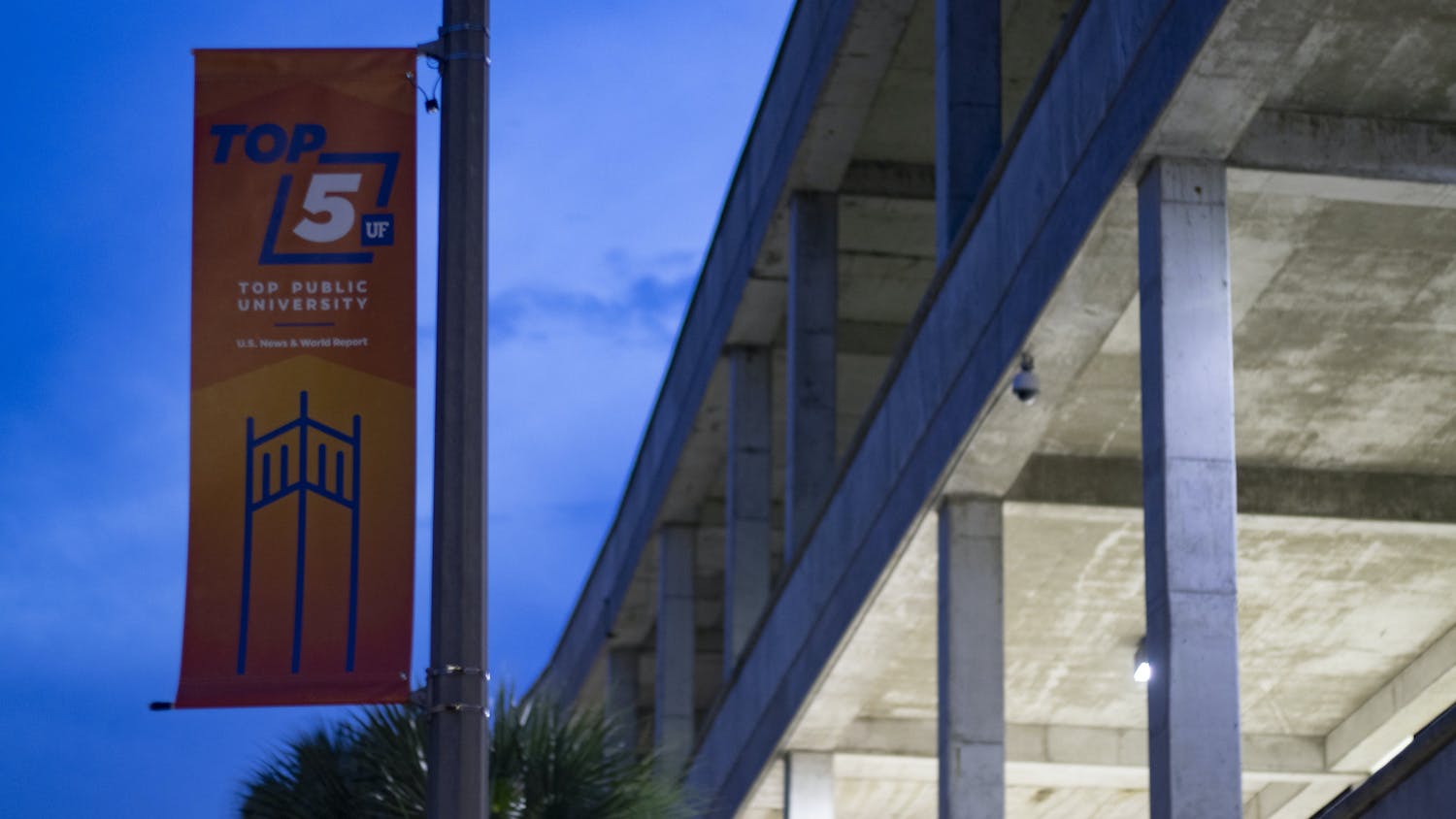