The team announced Napier will arrive in Gainesville on Dec. 5, with his introductory press conference on the same day.

The Ragin’ Cajuns head coach, who spent the past four seasons in the Bayou, led Louisiana to a 39-12 record across the last four seasons, including a 27-5 record in the Sun Belt. He leaves UL with the highest winning percentage in school history (76.5%), and he reached the conference championship game in each of his four seasons.

Napier’s last three seasons with the Ragin’ Cajuns have been historically remarkable for the program. After UL never won more than nine games in a season in school history, Napier strung together three straight seasons with double-digit wins.

After an 11-win season in 2019 and a season-opening upset of then-No. 23 Iowa State in 2020, Louisiana was ranked by the Associated Press for the first time in program history. The Ragin’ Cajuns finished the season No. 15 in the AP Poll, still their highest ranking in school history.

Napier went 32-5 overall and 22-2 in the Sun Belt across his final three seasons.

“Our team, staff and entire organization will work daily to establish a program with integrity and class that we all can be proud of,” Napier said in the team’s release.

The newest Gators head coach’s resume is almost as decorated as his recent track record. Napier learned under both Alabama’s Nick Saban and Clemson’s Dabo Swinney. Napier was Swinney’s assistant coach and tight ends coach from 2006-08 and his offensive coordinator and quarterbacks coach from 2009-10. He was the youngest offensive coordinator in the FBS at the time of his promotion at just 29 years old, but the Tigers let him go before the 2011 season.

Saban came calling next, and Napier spent the 2011 season with the Crimson Tide as an offensive analyst. He left for Colorado State to be an assistant coach and quarterbacks coach, but returned to the Tide in 2013 to work as a wide receivers coach and assistant coach from 2013-17 before Louisiana gave him his first head coaching job.

The newest figurehead of the UF football program will look to reverse a recent trend of Gators’ hires. None of the three coaches hired since two-time national champion Urban Meyer lasted more than four seasons.

Florida Athletic Director Scott Stricklin, in a statement in the team's release, said Napier became the primary target once the head coaching job opened, and the Louisiana head coach is the only candidate Stricklin met with.

Former head coach Dan Mullen won 34 games and made a Southeastern Conference championship appearance in four seasons but was fired after an overtime loss to Missouri on Nov. 20. 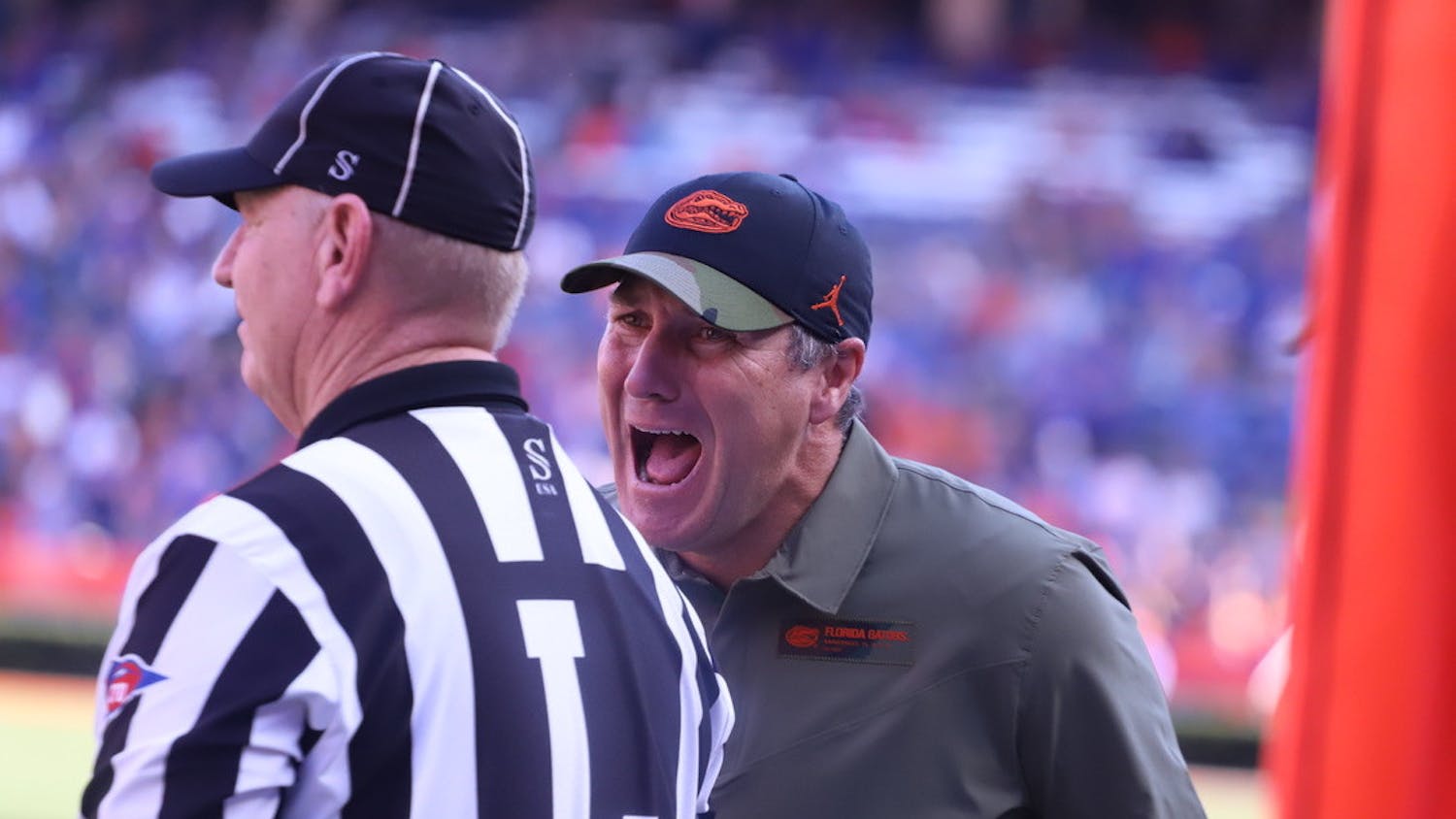