With less than two minutes left in the third quarter, Zippy Broughton collided hard with a LSU defender, earning a charge, her fourth foul.

That should have been it for Broughton, and likely for the Gators, as they fell victim to a change in momentum to end the third.

Broughton’s veteran leadership showed in the waning moments of the game. She played tenacious, yet clean, defense the whole final period. The senior never picked up a fifth foul and put Florida in position for another big win, even when it seemed improbable.

“We knew Zippy had an advantage with her speed tonight and ability to elevate over the defense,” said interim head coach Kelly Rae Finley. “She's a very, very smart player and she's a great defender.”

The Gators (15-5, 5-2 SEC) took down another SEC giant Sunday, defeating No. 11 Louisiana State (17-3, 5-2 SEC) 73-72. In an egregiously physical matchup, where Florida had a size and rebounding disadvantage, the Gators inserted themselves into the lane over and over for tough finishes and earned trips to the free throw line.

In what could have been new LSU head coach Kim Mulkey’s 650th career victory, Finley’s team spoiled the celebration in favor of her 15th career win with the Gators.

LSU guard Khayla Pointer exploded for a game, and career, high 35 points. She was the only Tiger in double figures. Florida’s defense failed to contain the graduate student, who produced 12 of her points at the charity stripe.

Neither team shot or took care of the ball well in the first quarter. Both teams committed five turnovers in the period and shot low percentages. After a couple of miscues to start the quarter, Merritt scored five consecutive points to put the Gators ahead 10-4 with 4:52 remaining.

The Tigers looked out of sorts from the beginning, shooting a flurry of airballs and missing layups in the first. LSU’s ferocious defense kept them close; holding Florida scoreless over a nearly three-minute stretch in the first quarter.

SEC Freshman of the Week Alberte Rimdal did what earned her that honor again in the second quarter, catalyzing Florida’s bench scoring. She scored five points before Florida headed to the locker room, ensuring a tie game at the half.

The Gators began to settle for more outside shots to begin the second quarter. Inversely, LSU began to pound the paint. Both teams traded baskets for a while, but the Tigers would end the half on a 13-5 run led by Pointer and senior Ryann Payne.

After the break, LSU continued to put pressure on the Gators with a 6-0 run to extend the lead to five with 6:07 left in the third. Merritt stepped in as damage control for Florida, scoring nine points on three shots from beyond the arc in the quarter. She finished 4-6 from 3-point range for the game.

The Gators’ 8-0 run in the middle of the period was thwarted by a scoring frenzy from Pointer. The Tigers’ graduate student took a handful of hard fouls and converted the free throws to give LSU a four-point advantage with one quarter remaining. Pointer scored 10 of her 35 points in the final two minutes of the quarter.

Finley decided to ramp up her team’s pressure to start the final period, walking Florida out in a press defense for a few possessions. 10 ties or lead changes occurred over the first eight minutes of the fourth, with Pointer (2-2) and Smith (5-6) leading their respective teams down the stretch at the free-throw line.

Broughton’s jumper with 54 seconds remaining gave Florida the largest lead of the fourth quarter at 70-67. The Tigers were unable to convert a couple of 3-point tries to tie it up. Broughton and Smith both hit free throws in the final seconds to seal the win for the Gators.

Florida will return to action with another matchup against Aliyah Boston and SEC giant No. 1 South Carolina next Sunday at noon. The game will be broadcast from the Stephen C. O’Connell Center on the SEC Network. 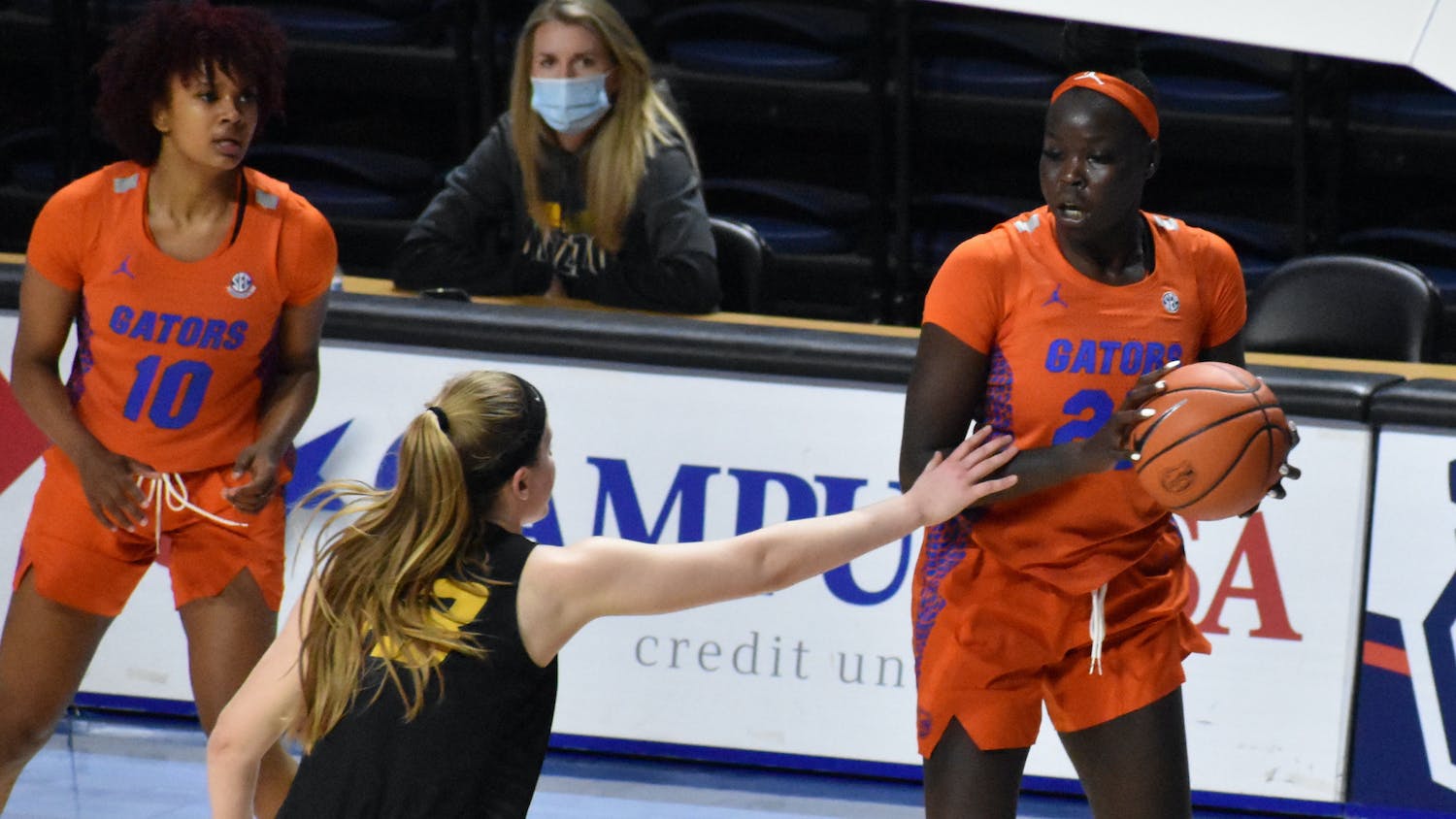