Florida played with an abundance of energy in a convincing win over the Commodores.

Florida coach Mike White and Vanderbilt coach Jerry Stackhouse stood just 15 feet apart from each other on the court Saturday, but as coaches, they were miles apart.

The opposing Stackhouse, garbed in business casual attire and showing the stoic expressions of an 18-year NBA veteran, hardly shuffled his feet and never stepped foot outside the coaches box.

White on the other hand paced up and down the sidelines, shouting maniacally and miming defensive technique on every possession — he may as well have revealed an orange Gators uniform under his grey quarter zip and slacks.

The polar approaches established themselves on the court, as White’s squad maintained constant pressure, running away with the game. Florida (12-6, 3-3) defeated Vanderbilt (10-8, 1-5) on Saturday 61-42. The Gators were in control the whole way, never allowing Vandy to take a lead.

The Gators started out strong in their second game without senior Colin Castleton, who on average adds a 15.4-point scoring punch. Florida made six of its first 10 shots and took a 10-point lead with 8:54 remaining in the first half.

Junior Jason Jitoboh scored the Gators’ first basket of the game on the low block. The 6-foot-11-inch, 285 pound center filled in nicely for Castleton, recording eight points and 10 rebounds, both career highs.

“I’m just happy to be contributing to a win,” Jitoboh said. “I’m happy I played good, but I’m happier to win.”

Florida’s defense swarmed the hapless Commodores straight from the opening tip. . It forced Vanderbilt  guard Trey Thomas into a traveling violation, sparking the Rowdy Reptiles into a frenzy. Senior Tyree Appleby led the charge with four of UF’s nine steals.  The Gators translated the turnovers into 23 points.

“It’s about the collection of the five guys out there and how connected they are,” White said. “Probably most of all, it’s just our respect of how good Vandy is.”

Vanderbilt would regain pace, closing out the opening half down just three following a subpar effort from the Gators on the final defensive possession. Florida led 31-28 as they exited to the locker room in preparation for what was shaping up to be a white-knuckle brawl to the final buzzer..

UF took the floor in the second half and made sure this would not be the case.

From the opening possession, a powerful and-one basket by Jitoboh which sent the crowd into a frenzy, the Gators swung momentum entirely in their favor. At the first media timeout of the final half, UF had grown it’s lead to 12, 40-28.

Appleby was a big time contributor to the surge, leading the team with 11 points and three assists, many of which came with exceptional flair. The highlight of his passing vision Saturday was on a hard drive into the lane. The senior left the ground for what seemed like a layup, but instead he bounced the ball around a Commodore defender and into the hands of sophomore Tuongthach Gatkek for an easy slam.

“Tyree wants to win more than anything else,” White said about the guard’s contribution off the bench. “He’s playing really well. He plays as well as any other guard on the court.”

Vanderbilt was abysmal in the second half, scoring just three field goals and turning the ball over five times. Transfer guard Brandon McKissic held the ball as the clock ran out on a solid victory for the Gators. Although the ‘Dores aren’t an SEC juggernaut, Florida has no room for bad losses on the tournament bubble, making the contest a must-win.

The Gators march on in conference play, traveling to Oxford, Mississippi to make up their postponed contest with the Rebels. Tip-off against Ole Miss is set for Monday, Jan. 24 at 7 p.m. 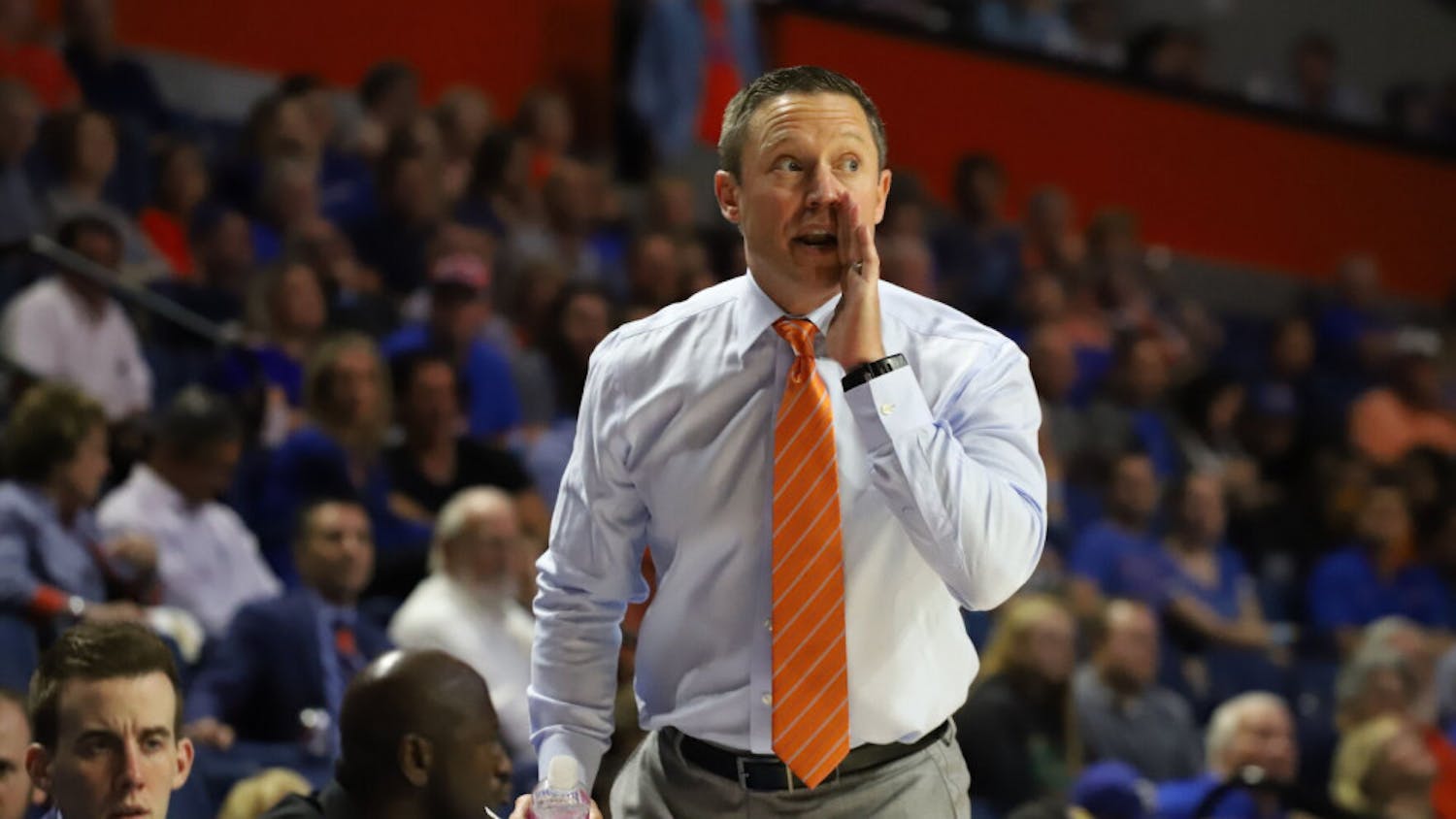