The junior guard took one dribble inside from the left wing. She tried to rise up for a jumper, but the ball squeaked out of her hands before she could leave the floor.

Rickards’ miscue was a small part of a long, painful night for the Gators offense that made mistakes like a broken record.

Vanderbilt extended its game-long zone to the length of the court, giving UF fits and producing 19 Commodore steals.

Finley said she would have liked her team to be more aggressive in transition when they did break Vanderbilt’s press. She noted the overall sloppiness of the game; the Gators left the Commodores with 21 turnovers of their own.

The Commodores spread their offense around evenly with four players in double figures. Freshman forward Sacha Washington finished with the game’s only double-double, recording 16 points and 11 rebounds, five of which came on the offensive glass.

Vanderbilt, who had lost its last six games, came roaring out of the gates, turning Florida over 10 times in the opening quarter and getting 14 points off miscues.

After getting the opening bucket of the game, the Commodores did not score for over four minutes. Then, they ramped up their defensive pressure in both full court and halfcourt situations.

Vanderbilt responded with a 10-0 run and held Florida without a point for over four and a half minutes.

The ball control woes continued in the second quarter. The Gators continued to falter and did not threaten a ballooning Vanderbilt lead until the last three minutes before the break.

Florida tried to shoot its way out of Vanderbilt’s zone early and failed, missing their first seven attempts from beyond the arc. Eventually, Rickards and Broughton cashed two 3-pointers in to cut the Vanderbilt lead to four at halftime.

Freshman forward Taliyah Wyche led Florida in the paint during the second quarter, sharing the team lead for points at six heading into the locker room.

A back-and-forth third quarter didn’t get Florida any closer to the lead. The Gators added nine more turnovers in a period where the lead changed 10 times.

Broughton scored a quick five points to claim the lead back for the Gators with 8:03 left in the third quarter. Smith also got into her groove, pounding the lane to earn seven points in the period.

The Commodores jumped out in the beginning of the final frame, going on a 6-0 run to put them up 54-46 early. With under two minutes left to play, one of Broughton’s four 3-pointers and a Rickards lay-in cut Vanderbilt’s lead to three, 59-56, and forced a timeout.

Smith got it down to two on a 3-pointer with 10 seconds remaining, but the Commodores stayed in the driver’s seat from the charity stripe, making five of their last six free throws to close the win. The Gators missed seven of their last eight field goal attempts, the tying bucket eluding them.

Florida concludes the regular season back inside the Stephen C. O’Connell Center Sunday for Senior Day against the Missouri Tigers. The game will be broadcast at noon on the SEC Network. 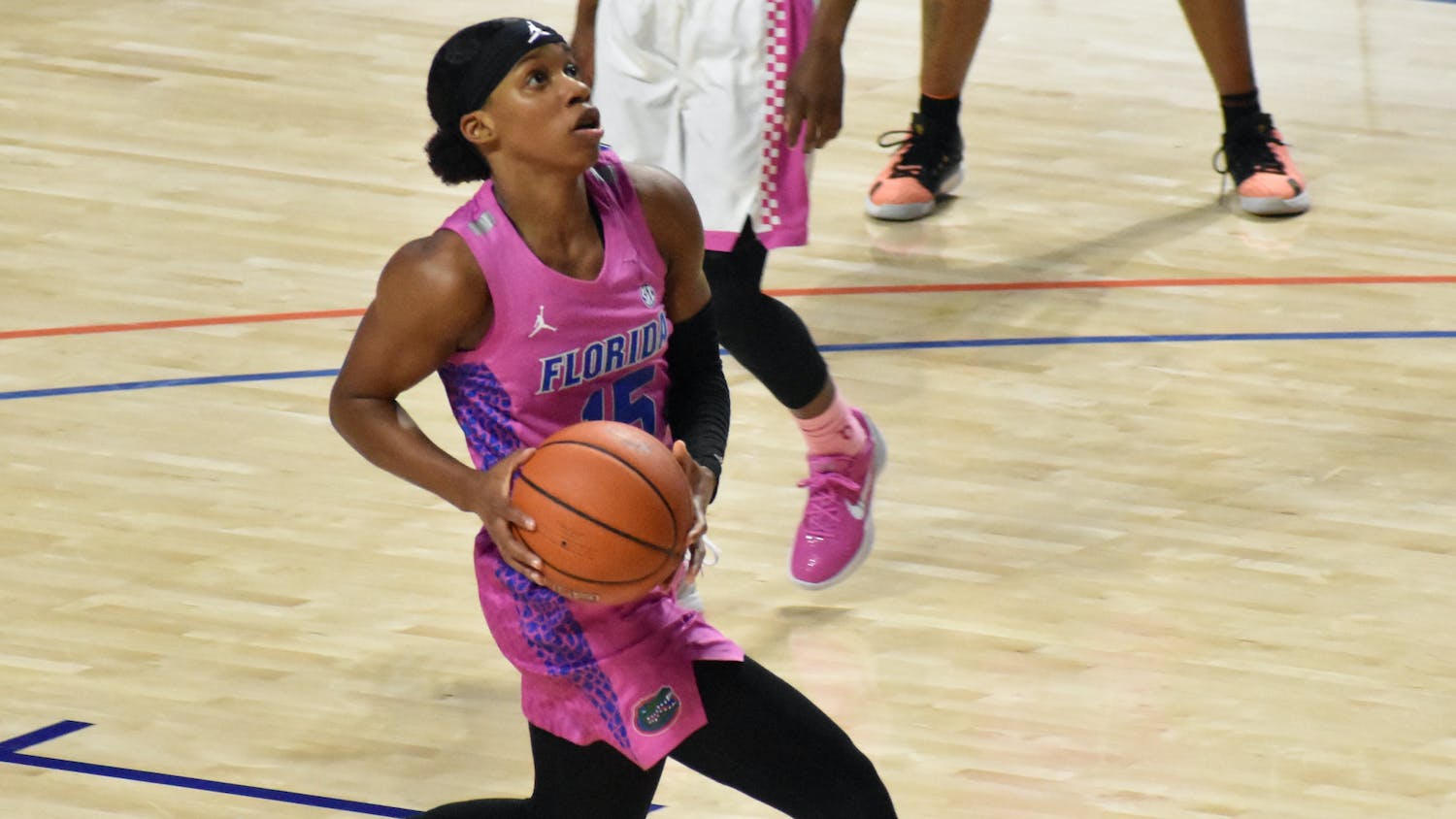