Mark Bostick golf course once again hosted the Vystar Gators Invitational over the weekend, but this time it was Florida's women's team taking to the links. 14 teams competed against UF in Gainesville from Friday to Sunday.

The Gators added to the dominance of their home event, increasing their winning streak to seven straight seasons. In the 50th iteration of the annual invitational the Gators claimed their 25th title in  the event’s history.

Florida didn’t hold the lead throughout the whole weekend, however. The Gators entered Sunday seven strokes back from No. 2 Oklahoma State. In the final round  the team pulled through for a first-place tie with Michigan.

“It was really close at the end and I have to be honest, I’m not sure I expected that,” head coach Emily Glaser said. “The scoreboard changed from me at the bottom of the hill to driving to the top of the hill. It was exciting and I am happy for the team.”

Florida and Michigan each shot 11-over-par tournaments and elected to forego a tie-breaker due to travel schedules. Oklahoma State ended up placing third while shooting 14-over-par.

Escobar had the lowest round of the three Sunday, a 2-under-par 68. Kim recorded her third top-5 finish of the season, highlighted by a 1-under-par round Friday. The senior holed three-consecutive birdies on holes 12-14 during the opening round.

Of the other Florida participants, sophomore Maisie Filler tied for 12th at 3-over-par, senior Clara Manzalini tied for 17th with a 6-over-par and junior Jackie Lucena careded an 8-over-par landing her in a tie for 26th.

Fuller noted how the familiar greens were “tricky” this weekend.

“We know the breaks, we know the puts,” Fuller said. “When you have to chip on to [the greens] and then put it makes it a little bit more challenging."

Despite the Gators’ struggles on the course, they were able to collectively come from behind and celebrate with the spectators who came out to watch.

“It is obviously a huge honor to win at home,” Fuller said. “So to do it again, another year in a row is great. I had no doubt in the girls on my team.”

The women’s team has two more events on the docket this much, but get a short break before jumping back into action.

Florida leaves the state for the first time this spring March 18-20 to participate in the Mountain View Invitational in Tuscon, Arizona. After, the Gators travel cross-country again to wrap up their regular season at the Clemson Invitational March 25-27. 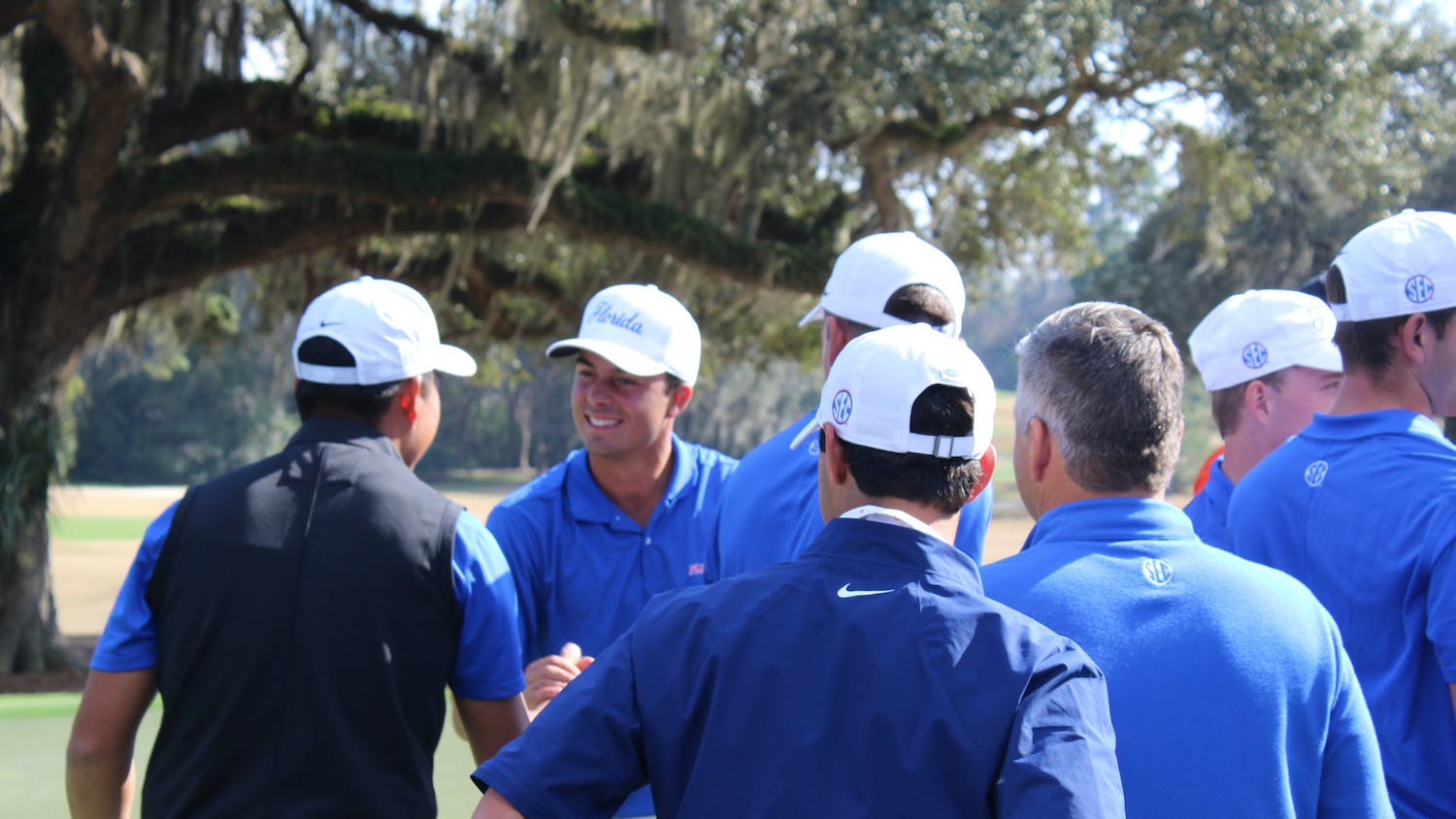