Unable to capitalize with runners on, Florida falls to .500 in SEC play

With its back against the wall in extra innings and a runner on first, it was hard for Florida softball to avoid sounding like a broken record at the plate.

In the bottom of the ninth inning, UF freshman catcher Sam Roe got on with a leadoff single through the left side. But after eight complete innings and 128 total pitches, Alabama head coach Patrick Murphy decided the final three outs would come from senior right-handed flamethrower Montana Fouts.

In the Grayson, Kentucky, native’s first appearance since her Saturday win over the Gators, she made sure to keep everything in the infield and ended Florida’s comeback bid.

Leaving seven total runners on base, the Gators went 0-8 with two outs and 1-16 with runners on, meaning they scratched only a lone run in the loss.

UF freshman pitcher Lexie Delbrey and Alabama junior pitcher Lexi Kilfoyl duked it out in the circle, equally spectacular in keeping the first five frames scoreless. However, with the game dragging on into extra frames, neither Kilfoyl (8.0 IP, 7 H, 1 ER, 2 BB, 7 K) nor Delbrey (6.0 IP, 2 H, 1 ER) went the distance.

Trouble started brewing for the Florida defense in the top of the sixth. Alabama senior third baseman Ashley Prange lifted a two-out triple off the centerfield wall, and freshman center fielder Kendra Falby was just short of coming up with the play.

That led to Delbrey walking Tide senior catcher Ally Shipman. After giving up the three-bag base hit, seven of the righty’s next eight pitches were called for balls. Sophomore shortstop Bailey Dowling’s 11-pitch at-bat concluded with an RBI double, scoring Prange.

At first call, it looked like the Tide would plate two on Dowling’s double. Shipman was given the green light rounding third, and the home plate umpire initially called her safe. Upon review, the crew reversed the call on a tag from Roe at the plate to end the threat.

Florida responded quickly, as per usual.

Junior shortstop Skylar Wallace extended her now six-game hitting streak with a leadoff bomb to center to even the score at one apiece.

Both teams had chances to end the game before it went long. The Tide advanced a runner to scoring position in the top of the seventh, and so did the Gators in the bottom of the inning.

UF’s last best chance at a run started with a single up the middle from senior right fielder Cheyenne Lindsey. Sophomore left fielder Katie Kistler grounded out to first to advance Lindsey, and sophomore first baseman Avery Goelz grounded out to second to put a runner on third.

Sophomore Emily Wilkie pinch hit for Falby to try to walk it off for Florida, but she went down on three-consecutive swings and misses to send the game to the eighth.

Two innings later, Dowling blasted her second RBI of the night, this time on a ninth-inning leadoff homer to put Alabama ahead, 2-1. In the bottom of the inning and with Fouts in the circle for the Tide, all three Gator batters she faced were retired, and UF’s first three-game losing streak of the year came to painful fruition.

Florida will take on Alabama again Monday at 7 p.m. for the series finale. The game will be broadcast on the SEC Network. 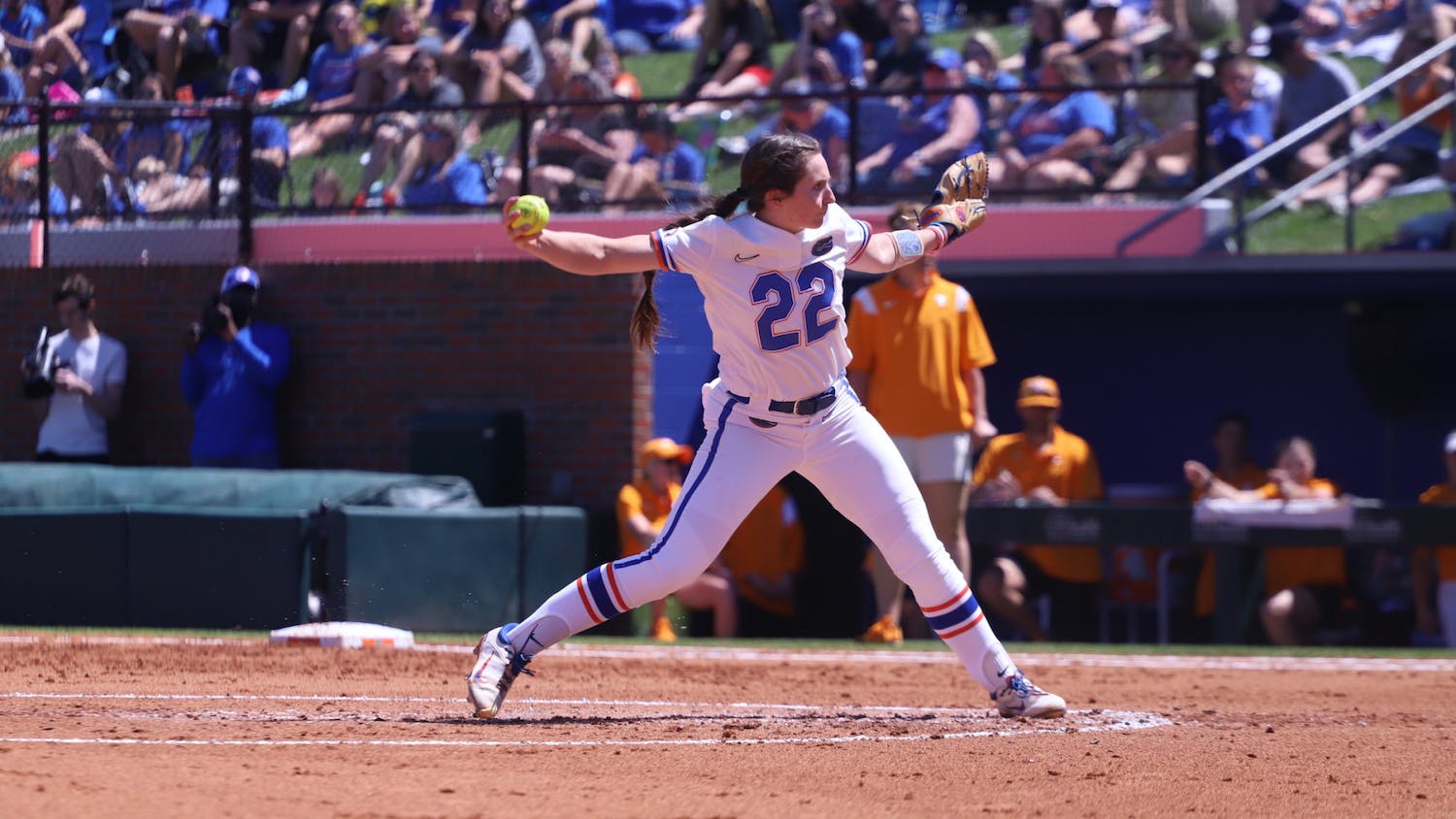 Florida falls 8-3 in game one of the Alabama series 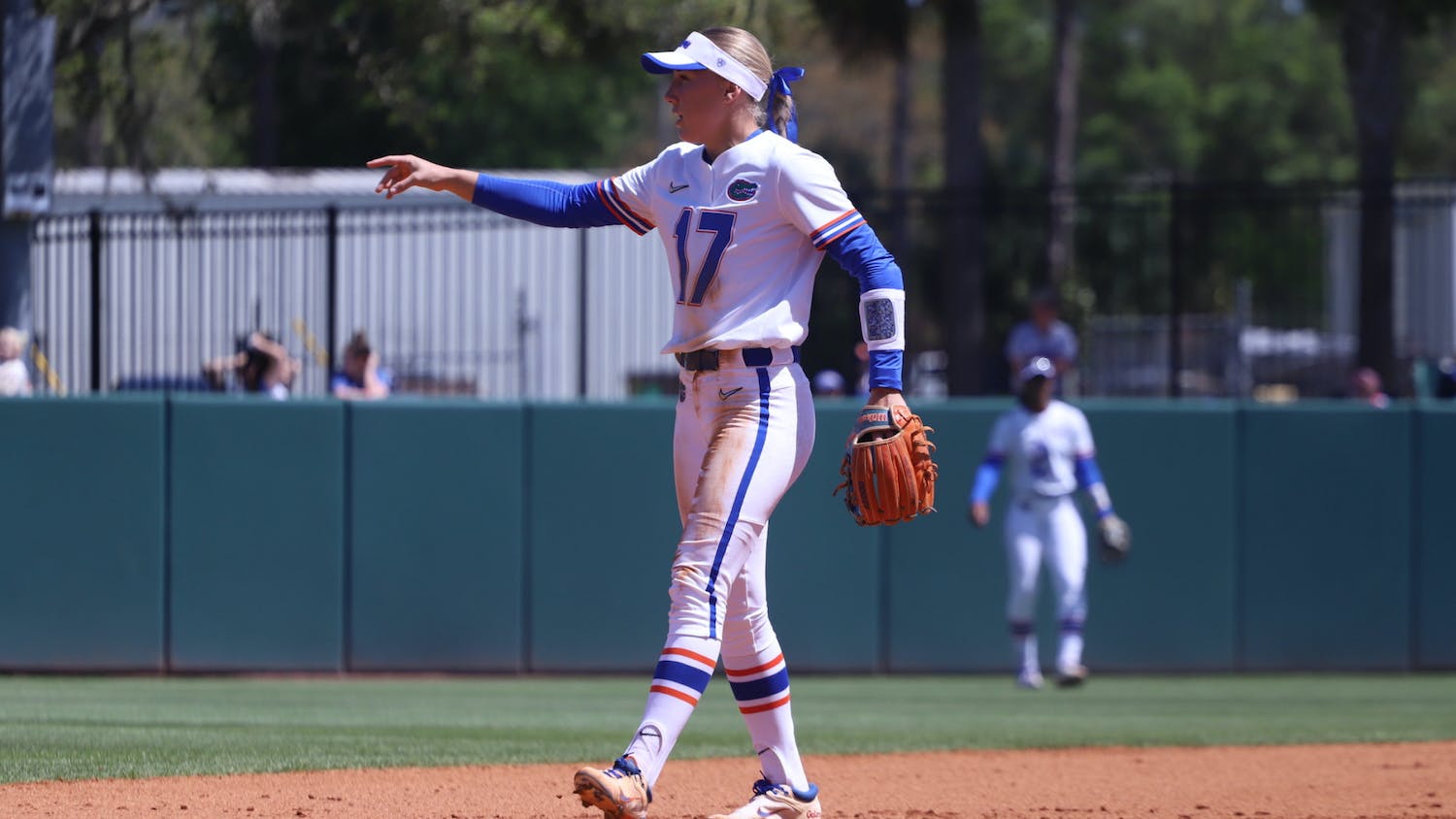