Elam was selected No. 23 overall in the first round of the NFL Draft Thursday night

The future has arrived for Florida cornerback Kaiir Elam.

Florida’s secondary was anchored by Elam during his time as a Gator.

In 35 appearances, the Riviera Beach, Florida, native racked up six interceptions and 26 pass breakups. Elam’s numbers don’t necessarily jump off the page, but it's for good reason. He always saw it as an insult when opposing quarterbacks would throw his direction.

Watch a few minutes of Elam’s game tape and his physicality is evident. At 6-feet-1.5-inches and 191 pounds, he possesses prototypical size, high-level athleticism and an even higher motor. Elam thrives in isolation on the outside; his ability to shutdown an opponent's top receiving option made him one of the most coveted defensive backs in this year’s class.

During Florida’s week three matchup with then-No. 1 Alabama Sept. 18, Elam held his own against Crimson Tide studs Jameson Williams and John Metchie III, who both figure to be draft steals as they recover from torn ACLs.

The Alabama duo was held out of the endzone during the tightly contested game.

At the NFL Combine and UF’s Pro Day, Elam showed out.

His 4.39-second 40-yard dash tied for sixth fastest among defensive backs in Indianapolis. Back inside the Florida indoor practice facility March 28, Elam demonstrated his burst and elite ball skills in front of a plethora of NFL scouts.

Obviously, the Bills were taking notes.

Elam was the fifth defensive back selected after two went back-to-back inside the top five, Louisiana State cornerback Derek Stingley Jr. at No. 3 and Cincinnati cornerback Ahmad “Sauce” Gardner at No. 4 overall. Notre Dame’s Kyle Hamilton was the first safety off the board, going to the Baltimore Ravens at No. 14 overall.

The Kansas City Chiefs traded up to pick No. 21 to select Washington cornerback Trent McDuffie. Then, it was Buffalo trading up to select Elam.

Elam is the eighth UF defensive back to be drafted in the first round since 2000. His selection also makes it three years in a row that the Gators have had a player selected on Thursday night.

The most recent Florida defensive player to go in the first round was cornerback CJ Henderson.

The ninth-overall pick to Jacksonville in 2020, Henderson has had a rocky NFL career to say the least. His time with the Jaguars never lived up to his top-10 selection, playing in just eight games as a rookie. He was then traded to Carolina on Sept. 27, 2021, appearing in 10 games for the Panthers this past season.

Elam, as a freshman, and Henderson, as a junior, commanded the boundaries for Florida during the 2019 season. Now, the newly drafted Buffalo Bill looks to avoid the professional struggles of his former teammate. 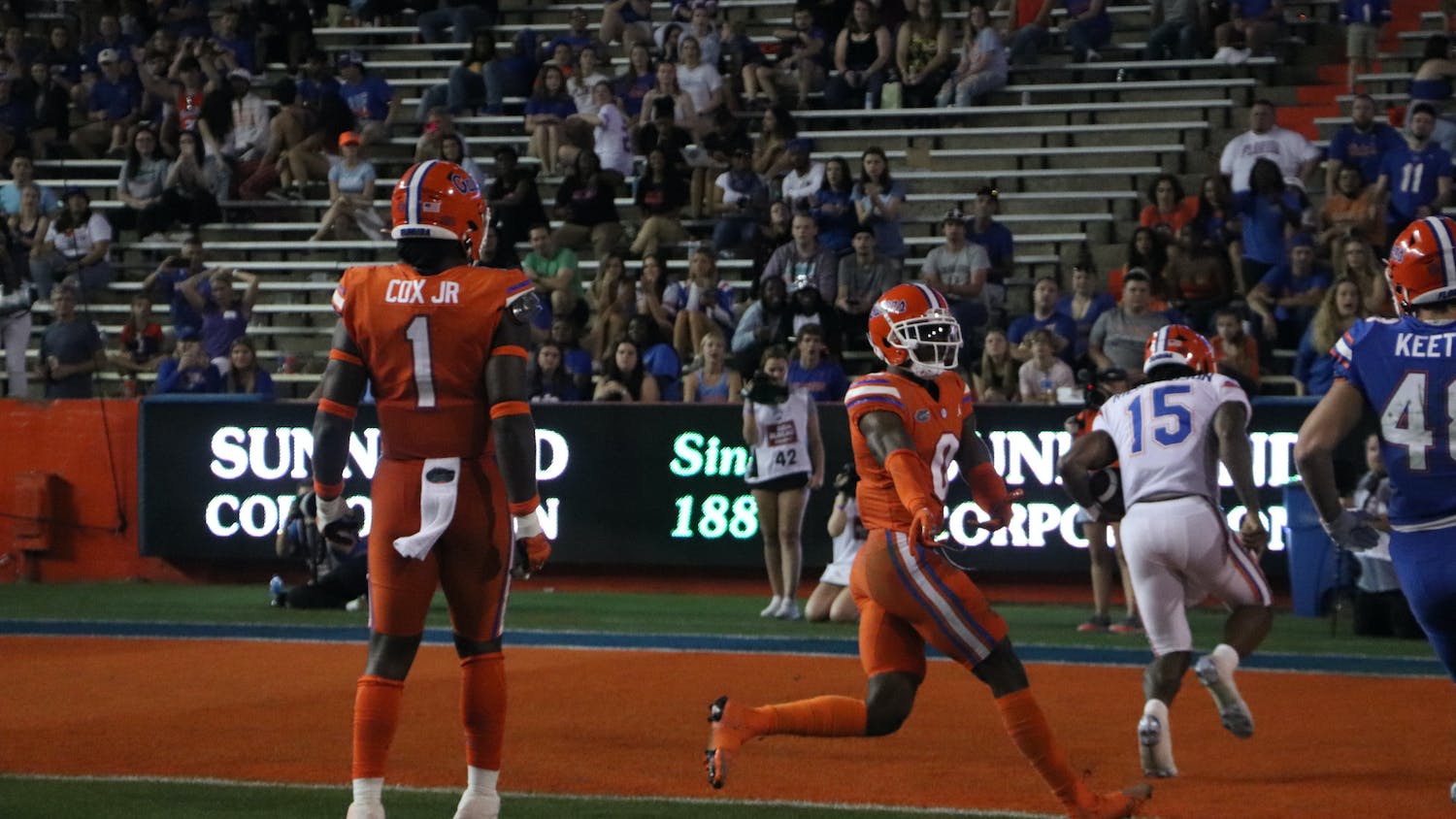