Prior to the Gators and Seminoles facing off in an intense second-round battle at the Alfred A. Ring Tennis Complex, Florida head coach Roland Thornqvist marveled at Florida State’s impressive play from the opposing side of the net and head coach Jennifer Hyde’s strong coaching abilities.

“There's no extra curricular stuff,” Thornqvist said. “It's all about tennis when we play which is why I enjoy playing her [Hyde’s] team so much.”

Thornqvist’s high praise of the Seminoles did not deter his team from absolutely dominating every aspect of the contest from start to finish.

While the early stages of doubles play on Saturday left much to be desired, Florida locked in early to jump ahead and earn the doubles point for the match.

Thornqvist was pleased that his players took it upon themselves to come out strong in doubles play, especially in the case of Zein and Spee.

“They responded like we expect all our athletes to do,” Thornqvist said. “If you play poorly, you address the things that you didn't do well, and obviously they were determined to do different today.”

Needing three singles points to come out on top, UF scored early with a sharp attack from Dudeney.

Dudeney rallied after falling behind in the first set to defeat Allen, 3-6, 6-0, 6-0. Junior Emma Shelton, unlike her teammate, struggled to find her rhythm against Motosono and fell 7-5, 6-1.

Zein put up a momentous performance against Arkadianou and won, 6-3, 6-3. Sophomore Sara Dahstrom clinched the match with a 6-1, 6-4 victory over Jacobs.

“Sara has made a lot of progress,” Thornqvist said. “She not only is becoming a better player but she believes now in her tools and she believes that she should win every time.”

After eliminating the Seminoles from playoff contention, the door is now open for Florida to enter the Round of 16 beginning May 13.

With the Gators’ men's tennis team also advancing to the NCAA Super Regionals, Florida’s chances of capturing a men’s and women’s title in the same season are very much alive. 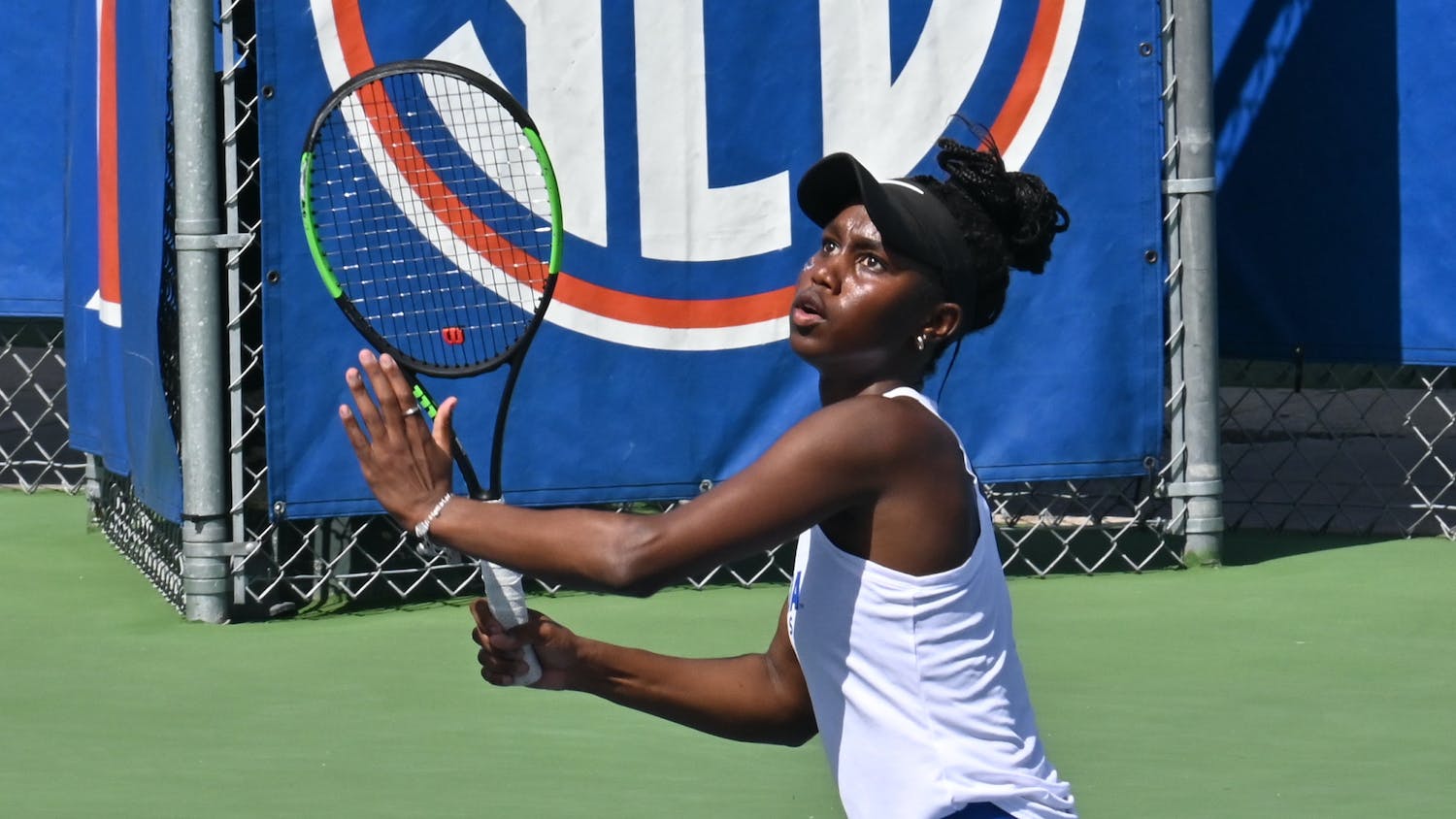