Twelve Saturdays on the gridiron lie ahead for the Florida Gators football team.

Twelve opportunities to prove this program’s prestige can return to its former glory.

However, as the linear passage of time would suggest, one Saturday must undoubtedly precede the other eleven.

Florida will welcome the No. 7 Utah Utes into Ben Hill Griffin Stadium Saturday night to launch its first season under head coach Billy Napier. The reigning Pac-12 champions come to Gainesville following a 10-4 season that ended with a first-time trip to the Rose Bowl. Meanwhile, UF looks for a fresh start after clearing house in wake of an abysmal 6-7 record in former head coach Dan Mullen’s final year.

It’s no secret the Gators and Utes roll into 2022 with polarizing situations.

Utah is led by long-time head coach Kyle Whittingham, who is entering his 18th season at the helm in Salt Lake City. Whittingham served as the Utes’ defensive coordinator for 10 seasons before his promotion to head coach when Urban Meyer vacated the position to take up the same mantle at Florida in 2004.

Whittingham is the second-longest tenured head coach in the NCAA FBS. Napier, on the other hand, is starting just his 10th month on the job.

Florida has hosted a ranked opponent on opening weekend twice before — winning both times. While Napier plans for the energy of more than 88,000 fans to be a factor Saturday, he wants his players to manage their emotions.

“They embrace competition. They're excited. We've been beating up on each other for a long time,” Napier said. “I think the key is that you give them a structure, a routine so that they’re comfortable.”

After spending 2021 in a timeshare with current Arizona State quarterback Emory Jones, Anthony Richardson gets the nod under center.

The Gainesville native cemented his place in Florida fan’s hearts with a plethora of highlight-reel plays, an absurd amount of potential and a humble demeanor. He enters Saturday with a whirlwind of buzz surrounding him; Richardson holds top-10 Heisman Trophy odds, according to The Athletic, and finds his name on the Maxwell Award — an annual honor given to the best player in college football — watchlist.

“He’s been dreaming of this opportunity, and he’s excited about it,” Napier said.

The offensive supporting cast represents the team as a whole — potential stacked on top of more potential.

Based on Napier’s time at Louisiana-Lafayette, it's reasonable to predict the Gators will look to do most of their damage on the ground. The Ragin’ Cajuns ran the ball around 40 times per game in 2021, averaging 194 yards in each contest.

The trio of backs all bring something unique to the field: Power, pass-catching ability and track-star speed make each option a threat to make plays. Richardson believes effectiveness on the ground — which he will contribute to himself after racking up 401 rushing yards and three touchdowns last season — only makes his job easier. He appreciates his running backs communicating with him, and he thinks their play elevates the offense.”

“It takes a lot of pressure off of me,” Richardson said.

A familiar face will attempt to stifle the Gators’ offense Saturday. Senior linebacker Mohamoud Diabate played for UF from 2019-2021 and logged 89 tackles in his junior season in Gainesville. Diabate has embraced a leadership role among his fellow Utah defenders, and now he gets a “revenge game” in his old stomping grounds.

“It's an electric atmosphere. It's one-of-a-kind,” he said. “I don't think there's any place I could compare it to. I used to love playing there, so I'm excited to go back.”

Diabate’s former teammates in Florida’s front seven will be tasked with slowing down Utah junior running back Tavion Thomas. The preseason All-Pac 12 first team selection led the Utes in rushing last season with 1,108 yards. His 21 touchdowns in 2021 led the Pac-12, ranked third in the nation and set a school record.

The 6-foot-2-inch tall, 238-pound tailback poses a daunting early challenge, and he will be one of the best running backs Florida faces all season. His skill should push the Gators’ defense to its limits and focusing on the basics could prove vital.

“We teach them fundamentally how they can do those things better,” Napier said. “And typically it comes down to angles, approach, eye discipline, working with teammates around you.”

At the end of the night, expect both teams to have an abundance of success on the ground, so the game could come down to how many big plays each starting quarterback can make.

Utah’s signal caller Cameron Rising brings more experience than Richardson, but he will have to endure the atmosphere of the Swamp. Rising started the final 11 games of the 2021 season and accounted for 2,493 passing yards, good for fifth among Pac-12 quarterbacks.

Florida’s secondary features some of the highest upside on the roster. With five locked-in starters, the Gators defensive backs will look to limit the game to a battle in the trenches, bending and not breaking.

Sophomore cornerbacks Jason Marshall Jr. and Avery Helm receive the nod to protect the boundaries. As a former five-star recruit, Marshall has the opportunity to step into a legacy of defensive backs selected high in the NFL Draft if he plays to his potential this season.

Rising and the Utah offense boast a crop of solid wide receivers without a surefire top dog. Sophomore Devaughn Vele enters week one with lead receiver duties and should prove to be a suitable test for Marshall and company.

In the landscape of modern college football, a single loss can derail an entire season. The Utes have championship aspirations, and Florida would tell you it does too. One of these two teams’ dreams could be dashed come Sunday.

There’s no fear in the Gators’ locker room, just excitement. The opportunity to pick up a top-10 win to begin the season has the team ready to roll, and they are expecting to have their energy matched Saturday.

“I feel like everybody’s hype. Coach Napier said that same exact thing, ‘everybody is tired of hitting each other, they gotta come to the Swamp to play us,’” Richardson said.

Kickoff inside Ben Hill Griffin Stadium is set for 7 p.m. The game will broadcast on ESPN. 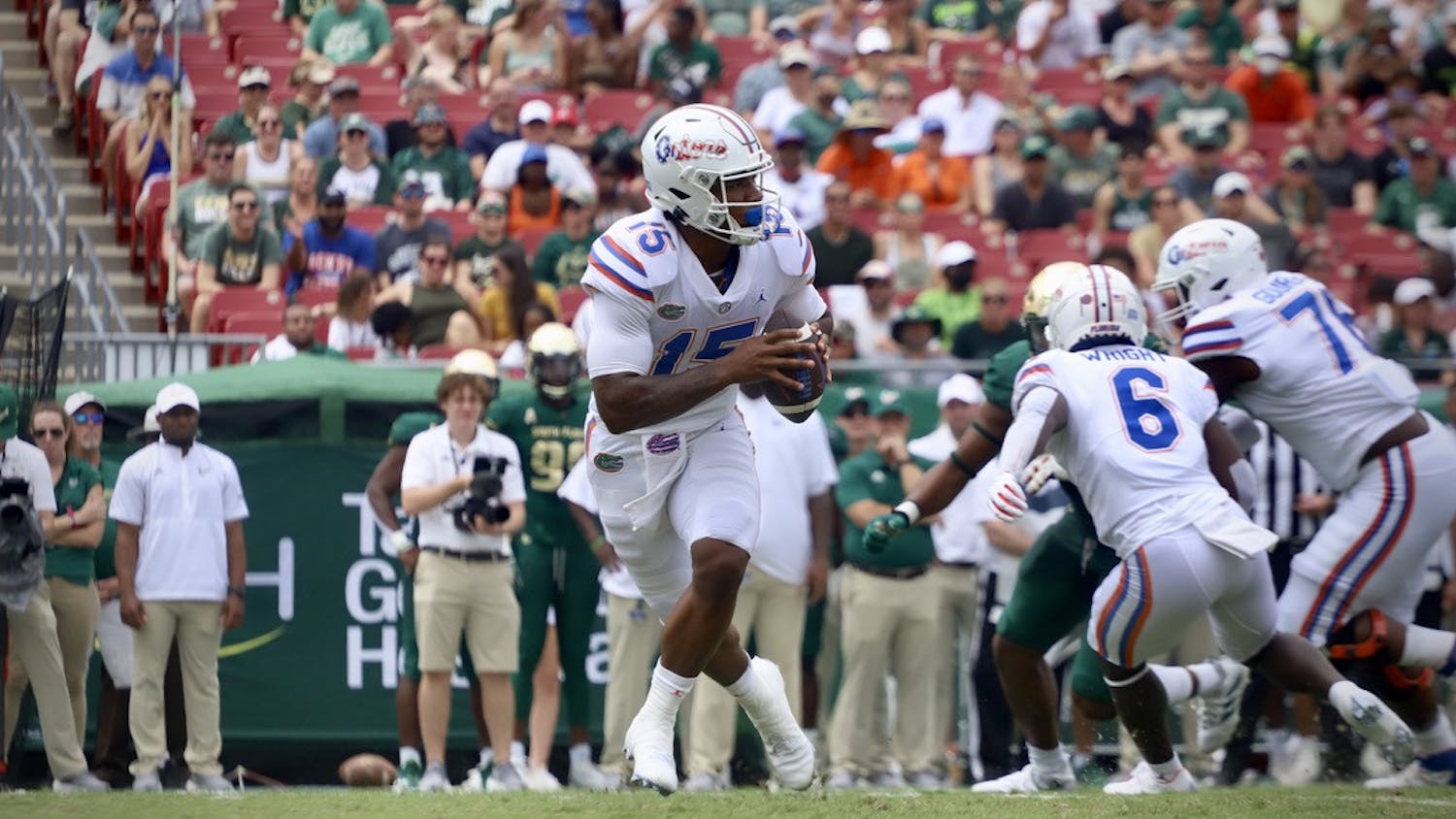