Dominic Perry isn’t your traditional Santa Fe College student. Unlike many of his peers, he started his degree in 2018 — at 33 years old.

Perry, now 37, is working towards earning his bachelor’s in information technology security, which will be his third degree from SFC. His motivation to start at the college was to have a better career and provide for his family, he said.

“My biggest concern was that I didn’t think I would be able to keep up with everything,” Perry said. “I did have worries about how I would balance schoolwork and family, but I was able to adjust and get it done.”

SFC welcomes students of all ages. Students older than 25 made up more than 20% of SFC’s Fall 2021 enrollment. This amount has remained consistent throughout the years at the college, according to the Santa Fe factbook. Nonetheless, older students have thrived in SFC’s diverse environment.

“Throughout my Santa Fe career, I’ve seen students as young as 17 and as old as 65,” Perry said.

Students ages 25 and older are more likely to enroll at two-year institutions over four-year institutions, according to the College Board, a not-for-profit organization that connects students to college success and opportunity.

Bridging the gap for student parents is one priority of SFC’s resources, as they tend to be older. Three in five postsecondary education student parents are 30 and older, according to the Institute for Women’s Policy Research.

Some students were even inspired to continue their college education because of their children.

Victoria Coggins, a 39-year-old SFC social work student, was signing her son up for his General Educational Development test at SFC and was motivated to finish her degree, she said. She started at the college in 2001 but never graduated.

“How better to show him that it’s possible than doing it myself,” Coggins said. “That has been a wonderful encouragement for my kids to be able to see that.”

At 17, Coggins attended SFC to study to become a teacher so that her schedule could align with her oldest child, who she said she had in high school. She didn’t finish her education until years later.

Then, Coggins’ therapist encouraged her to make a five-year plan, and she decided to add college to the list. It wasn’t until she was enrolling her son in 2019 that she realized she would go through with it, she said.

Coggins didn’t have many concerns about going back to school, despite not being the typical college student. The only challenge she faced was learning how to use a computer after growing up using paper and pencil, she said.

“Learning how to use the computer has been one of the most frustrating things, but it's also one of the things that I've been able to help other non-traditional students with,” Coggins said.

Coggins believes an advantage of being an older student is that she speaks more and asks questions in class, which encourages other students to open up in class as well, she said.

While balancing school and her family, Coggins also works at the SFC Davis Center as a program support specialist. She looks forward to graduating from SFC Dec. 9 and continuing her career at the center.

SFC alumni who attended college when they were older were inspired to continue their education in graduate schools.

Lavonia Merrell, a 57-year-old UF master’s of health administration student, graduated with her associate’s degree in 1993 and decided to go back and get her bachelor’s when she was 51 in 2016, she said.

Merrell was involved in a leadership program while working at the Veteran Affairs Medical Center and was motivated to continue her education.

As people get older, it’s definitely a concern that they might not fit in at a learning institution, Merrell said.

Merrell was worried about working with a team of students with an age difference, she said.

“At a younger age, they're learning and needing that experience, and it takes a lot of patience,” Merrell said. “Not that mother, father parenting patience [but] a real co-colleague patience to allow your colleagues to develop into a level where you may already be at.”

Merrell has come across many people who want to go back and finish their education like she did and encourages them to do so, she said.

“I said keep your dreams before you,” Merrell said. “You never know where things are going to go and where you’re going to end up.”

Merrell graduated from SFC in 2019 with a bachelor’s degree in health services administration and plans to graduate from UF May 2023. She’s working toward becoming a health administrator in the elderly care industry.

LaTonya Middleton, a 50-year-old UF master’s of agribusiness student, attended SFC in 2010 and graduated with her associate's in 2017 and her bachelor’s in organizational management in 2019.

Middleton had previously attempted getting her education at SFC in the early 2000s, but it never worked out, she said.

While working full-time in the cosmetology business, she began thinking about seriously investing in her retirement and knew she needed to go to college to do so.

Middleton had no concerns about her age potentially being a barrier at SFC, she said.

“I didn’t have any reservations about that because I had a goal, and I knew what I wanted,” Middleton said.

Compared to younger students, she wasn’t as technologically savvy; however, she noticed younger students would make excuses when needing to get things accomplished, she said.

“There are many ways to get things accomplished,” Middleton said. “But when you're young, you don't really think outside of the box. So, in ways like that, I felt more advanced.”

With support from her mother and the rest of her family, Middleton graduated from SFC and will graduate from UF in Fall 2023.

Despite the odds, non-traditional students like Perry, Coggins, Merrell and Middleton continue to succeed in postsecondary education and encourage other students to do the same. 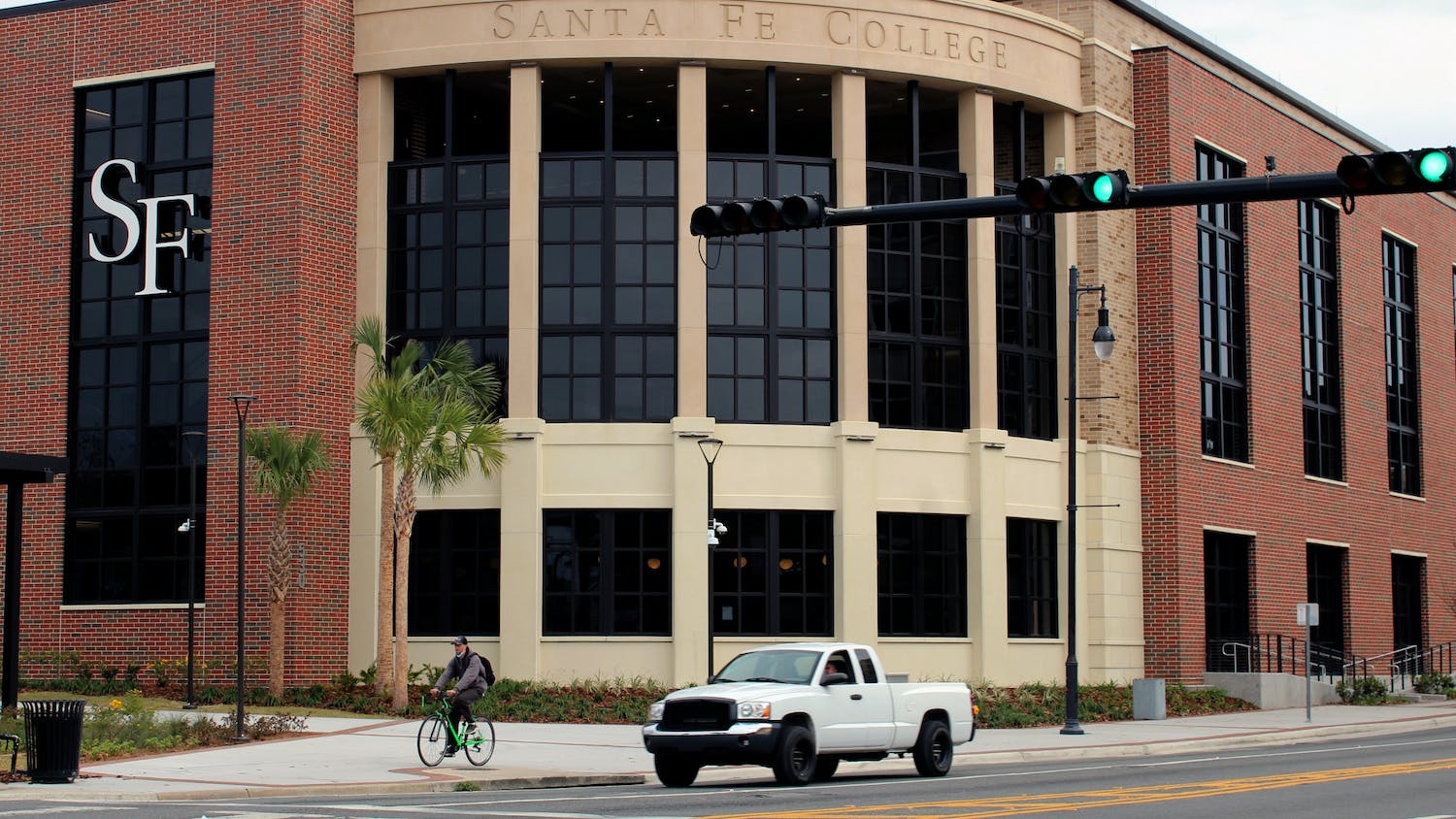