Matthew Bowman III, a 14-year-old Gainesville resident, marched down East University Avenue declaring “I am a man. I have a dream.”

Bowman is a mentee of the 100 Black Men of Greater Florida GNV, Inc., which is a group dedicated to improving the lives of African Americans. He was one of hundreds who participated in the King Celebration Annual Commemorative Parade Monday.

He joined high school groups, churches, the NAACP, college students, political groups and local businesses in holding up banners and signs rallying behind the legacy of Martin Luther King Jr.

“I think that the crowd is a testimony to the desire of so many people to get back and commune with real humans,” said Bowman III’s father, Matthew Bowman Jr.

The parade has been a Gainesville annual tradition since 1982, but it was temporarily halted due to the COVID-19 pandemic — being canceled in 2021 and organized on a smaller scale in 2022. This year, the march returned at full force, beginning in front of City Hall on East University Avenue and ending at Citizens Field on Waldo Road.

“As a parent of three children who live in Gainesville, those are things that resonated with [King] in 1967,” Bowman Jr. said. “And they still resonate with me today.”

Long planned the first commemorative parade in 1982, when he was a student at UF. Since then, the celebration has faced several changes, including adding shuttle buses to transport participants back and forth between City Hall and Citizens Field and making the entertainment more family-friendly. Before, participants of the parade had to walk the full distance from their vehicle to downtown.

Carolyn Ross, 63, has been driving buses for 40 years, beginning with Regional Transit System and now with Gainesville-based transportation service Candies Coachworks. Her job has taken her across the country, from Tennessee to Louisiana, but her latest assignment had her stationed at the heart of Gainesville.

Ross was one of the shuttle drivers for the MLK celebration. She’s grateful to have taken this job because she had never participated in the parade before, she said. It’s a new adventure for her that felt a little closer to home.

Though Ross was there for the first time, other groups and organizations have participated for several years.

Cox Communications was a sponsor of the parade. They have marched alongside hundreds of others for more than a decade. Market Vice President of Cox Communications Aimee Pfannenstiel, 61, said she felt energized by the event, especially following the pandemic’s hardships.

“It’s solidarity,” Pfannenstiel said. “It’s being together with people who are like-minded. … We want to be there to support our community.”

Derrick Frazier, a 48-year-old Gainesville resident, has participated in the parade for 12 years and also recognized the passion of Gainesville.

Ray McKnight is the president of 100 Black Men of Greater Florida GNV, Inc. and a member of Alpha Phi Alpha, the fraternity Martin Luther King Jr. was also a member of. Both organizations participated in the parade.

“I think that folks need this to one, unify, and secondly, to try to get some normalcy back,” McKnight said.

Several commissioners also marched in the parade, including Commissioners Bryan Eastman, Ed Book and Casey Willits, who were sworn in at the beginning of January.

Willits was thrilled to be marching alongside friends, colleagues and neighbors, especially now that he’s an elected official, he said.

“I think it’s important to physically put boots to the street and march in solidarity,” Willits said.

Mayor Harvey Ward also joined the parade and said it was great to be almost back to pre-coronavirus numbers.

Before the parade, the commission held a Hall of Fame Enshrinement Program where Makayla Flanders, a 17-year-old Eastside High School senior, accepted the 2023 Edna M. Hart Keeper of the Dream Scholarship.

Like Bowman and Long, Flanders also said she sees the value of youth in terms of pushing for social justice.

Despite the hardships she and the community faced during the pandemic, she’s honored to be given the opportunity to speak up and speak out to inspire the younger generation, she said.

“Seeing so many young people out here, this is exactly what we need, is for them to be involved, to show up,” Flanders said. “Because we have the older generation getting older. A lot of them can’t march like they used to, so it’s time for us to step in.”

Support your local paper
Donate Today
The Independent Florida Alligator has been independent of the university since 1971, your donation today could help #SaveStudentNewsrooms. Please consider giving today.
Aubrey Bocalan

Aubrey Bocalan is a third-year journalism major. She is also pursuing a double major in Art. When she isn't writing, she's probably watching TV with her dog, Albus Percival Wulfric Brian Dumbledore Bocalan. 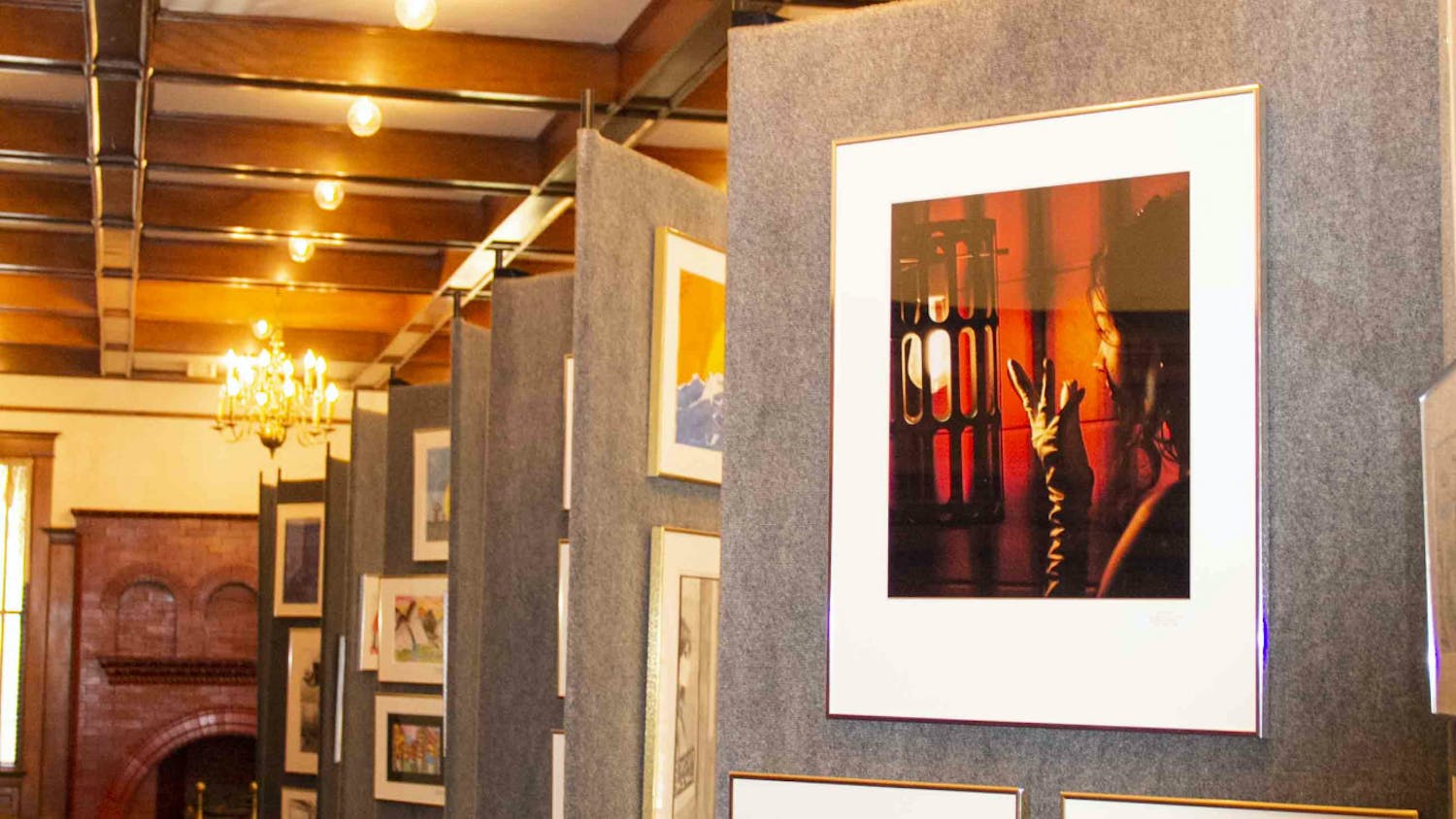