Screams from the Unite Party were followed by chants of "No fee!" from the Student Alliance party at the Orange & Brew Thursday morning.

The Unite Party won a majority once again, claiming the executive ticket and 29 of the 49 available Senate seats.

During fall's election, the two minority parties won a total of three seats.

“I’m just so honored to be able to represent the students of the University of Florida, and I’m just so proud to be a Gator,” Charles said.

Charles’ parents were there to support her when the results were announced.

"Obviously we're disappointed that we didn't win the executive seats, but we're so proud of our 18 new senators and the fact that the student body rejected the new Reitz Union fee. We think this is nothing short of a Gator revolution."

"There are issues that need to be addressed with the Reitz Union and other things on campus and it's gonna take us sitting down and really finding out what options and what solutions we can come up with to address those problems. So like I said, not what I wanted to hear but we'll see where we go from here with that as well."

"I think we definitely showed the Unite Party we're going to bring it, and I'm really proud of all of our candidates, all the work we put in for next cycle, and all the senators that were elected. I think we're gonna do a lot of good work and I'm really excited everyone was able to turn out to vote."

"It's kinda like it's coming full circle... and now you know, being treasure elect is kinda like everything is coming together. "

"Student government's not a spectator sport. Students should be involved with their student governments beyond the elections, and they should know what's going on. I'm very excited for them, but tonight is not the end of transparency reforms."

Ben Meyers, Unite Party spokesman, said he was pleased Unite won a majority of the seats.

They grouped together by the Reitz Union amphitheatre and shouted “No fee, no fee.”

Cavataro, who hugged Charles after the announcement of her victory, said he was  disappointed with the results but still proud of the 20 Senate seats his party won and the vote against the fees.

“That's a Gator revolution,” he  said.

Charles said the Reitz fee represents something students have voted against, and she wants to make sure to represent  them.

Students voted in favor of an amendment that will update the Student Body Constitution, and 79 percent of students voted for UF to join the Workers Rights Consortium, which works to correct labor violations in factories that make clothing with university logos.

Campaigners braved the rain Wednesday in a last-minute attempt to get students to vote. Members of both parties offered their umbrellas to passing students.

When the polls closed at 8 p.m., about 75 members of the Unite Party headed over to The Swamp Restaurant while about 11 members of the Student Alliance party went to Mother’s Pub & Grill.

Charles arrived with her mom, stepdad and younger brother at about 10:30 p.m. Her mom has been in Gainesville since Monday and made cookies for all the party volunteers.

The Student Alliance party trickled into the seating area outside the Orange & Brew beginning at 11:20 p.m.. They smoked cigars and, wearing their green T-shirts, chanted “Green means go.”

The Unite Party came at about 11:40 p.m. chanting “U-N-I-T-E,” with Meyers in the lead, wearing his lucky shorts despite the cold.

Alfonso said that the election was a smooth one overall, despite concerns over double-voting. She said the election commission will look into double voting by the end of the week.

“It was raining a little bit today[Wednesday],” Alfonso said. “I think that hurt us.”

Andrew Brown, chair of the Election Commission, said there were five election complaints filed as of 8 p.m. Wednesday, and he anticipates more will be filed. He said the election commission will be meeting on Friday at 6:30 p.m. in room 287 of the Reitz Union. 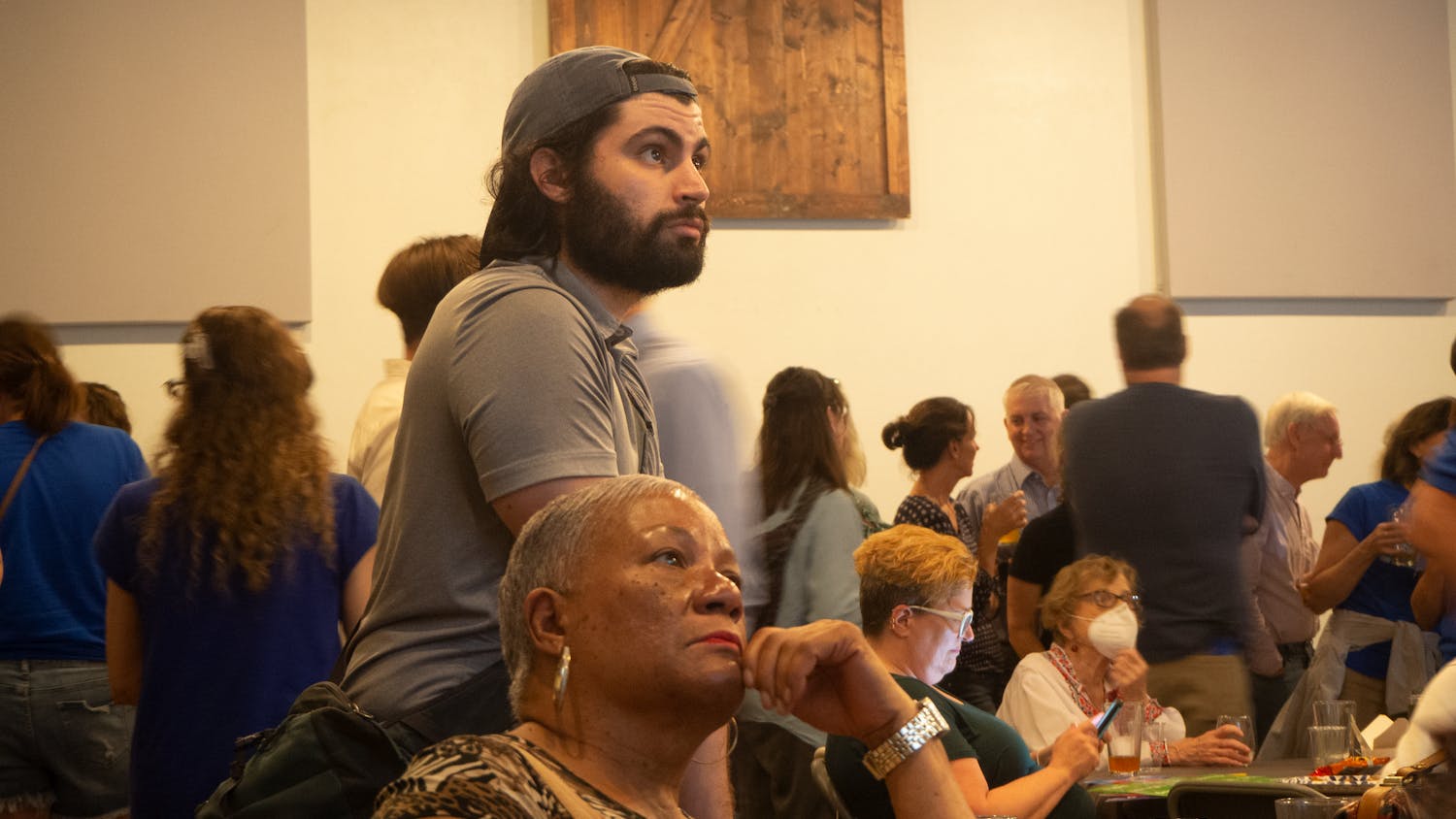