Skip to Content, Navigation, or Footer.
Donate Now
We inform. You decide.
Thursday, May 19, 2022
SPORTS  |  COLUMNS

Ugly or not, Gators’ play was just what they needed

A season-low 10 three-point attempts? Forty free-throw attempts? Making 32 of those shots from the charity stripe?

This is a team that has had a tendency to live and die by the three-pointer. There are many times throughout the last three seasons that a 20-percent shooting night from beyond the arc would’ve automatically meant defeat, no matter who the opponent.

It wasn’t entirely pretty, but UF got the job done against Auburn.

Almost all the way through the Gators’ 78-70 win over the Tigers, I thought of different ways to describe just how uninspiring Florida’s play looked.

Florida led by just just three at the half. UF looked like it was putting it away with a 11-point lead at the 9:39 mark only to let Auburn keep it tight.

The Tigers have three conference wins, and all of them come against fellow Southeastern Conference bottom-feeders – LSU, Alabama and Georgia.

Auburn shouldn’t be within four points with less than a minute left. Florida should have been able to put this team away, especially on its home floor.

Some lackluster defense and poor shooting from the Gators’ backcourt kept the Tigers around, but UF got the job done in a must-win game.

When you’re fighting for position on the NCAA Tournament bubble, you don’t lose to a team like Auburn.

But now I’ll make the case that Thursday’s win gave the chance for Florida to learn something about itself.

“We’re not going to rely on our shooting the rest of the year,” said Chandler Parsons, who led Florida with 17 points on 6-of-11 shooting. “We think we can win games doing other things.”

That’s a good attitude to have when you’re ranked eighth in the SEC in field-goal percentage and 11th in 3-point shooting.

The Gators’ versatility could help them weather a tough end to the schedule. Tennessee comes to town Tuesday, and UF ends the regular season hosting Vanderbilt and traveling to Kentucky. Odds are Florida won’t shoot well one night or won’t play good defense another.

The Gators don’t really have the prototypical go-to guy when things get rough. Chandler Parsons has been the team’s best player to date, but I’m not sure he could win a game by himself, and that’s no disrespect to him.

But the Gators are going to need to find a way to come out with wins like they did Thursday.

During the 2007-08 and 2008-09 seasons, Florida lost 12 regular-season games combined during February and March. Eight of those defeats came against teams that went on to make the NCAA Tournament.

So when UF’s late-season swoons are discussed, it is worth noting most of the opponents haven’t been scrubs. But that statistic also screams the Gators’ top flaw – beating top-notch teams. Losing against quality opposition is excusable, but winning shows you’re worthy of making the Big Dance as well.

“We gotta get better resiliency,” UF coach Billy Donovan said. “I think when you get scarred, when you get hardened through competition, you build up a resiliency.”

We’ll see just how battle-tested this Gators team is during the next few weeks.

At least now we know they have more than one trick up their sleeves. 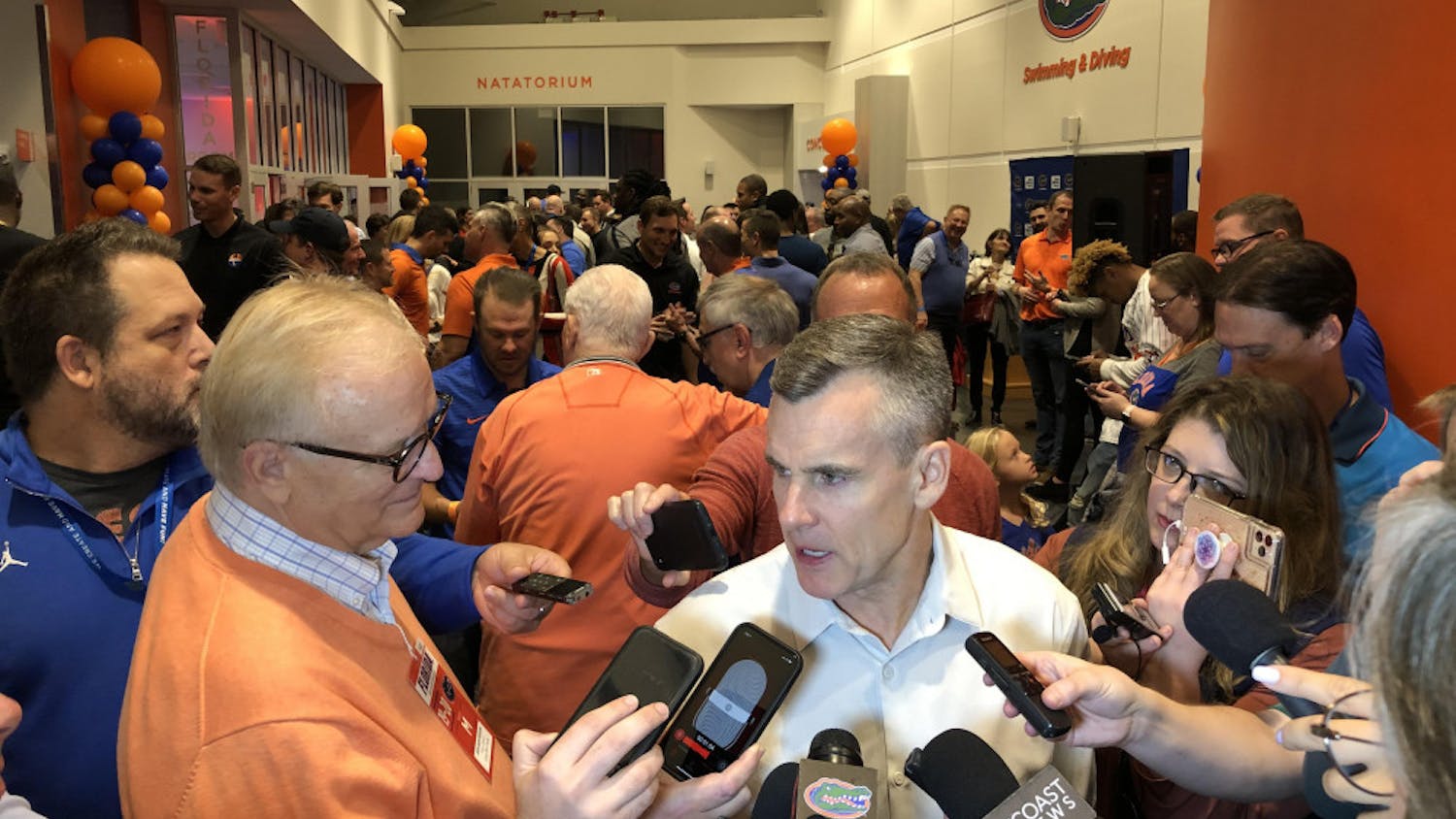 Homecoming: During a night of celebration, Gators stay poised in win 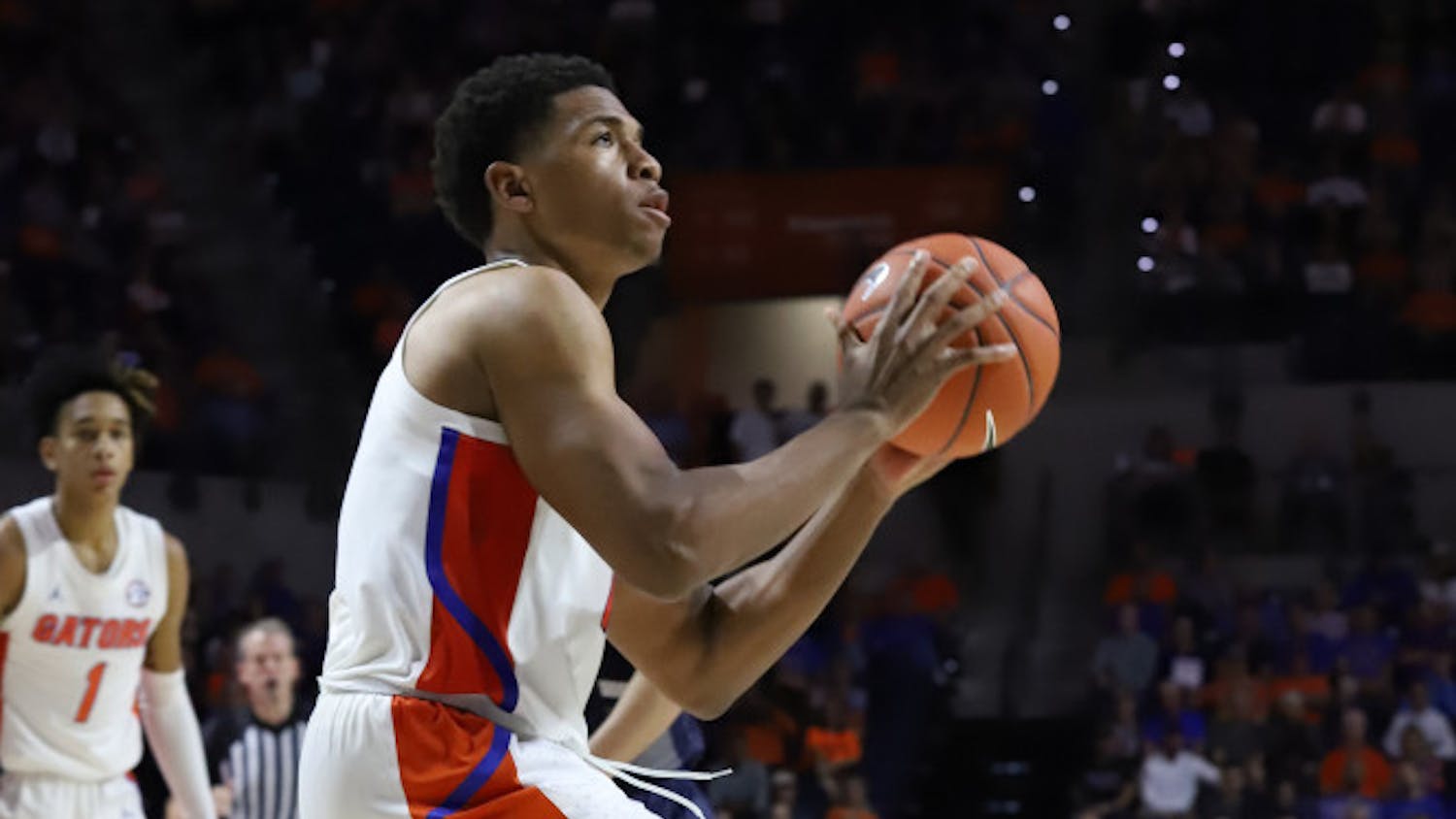