Bob Sylvester’s workplace feels a little bit more like a garage project than a brewery.  Despite its storage-unit looks, Tarpon Springs-based Saint Somewhere Brewery has developed a reputation throughout the 20 states to which it is distributed as a brewer of high-quality, Belgian-style beer.

For the most part, Saint Somewhere is a one-man operation.  On bottling day, however, Sylvester puts out an email asking his devoted fan base – myself included – for a few hours of their time to help bottle his beer.

Fourteen of us answered the call for help last week to put the latest batch of Pays du Soleil, a lightly spiced saison, in bottles ready for distribution.

A few volunteers had experience working with Saint Somewhere, but most of us were rookie brewery employees, ages ranging from student to retiree.

Things started slow, but in no time we were flying.  Bottles came out of the box, then were sanitized and rinsed using two separate pump cleaners.  One veteran volunteer ran the four-spigot bottling system, filling and replacing bottles as soon as they were full, then passing them over to the corking station.

Using two well-worn bench corkers, complete with oven-mitt pads on the handles to prevent blisters, we stuffed corks into the bottles, which then made their way to the caging area.

Cages were set over the corks (think champagne bottles) and then cinched down with an electric drill or by hand with a hook bolt.  Four turns of the cage wire and the bottles were ready to box and stack on a palette.

Without any mechanical slowdowns, it only takes one minute and 15 seconds for a bottle to go from box to box, and we averaged twelve bottles per minute.  Not bad for a bunch of greenhorns.

Sylvester himself has only been homebrewing for a little over 10 years – the brewery is approaching its third birthday – but he quickly found a passion for brewing the beers of Belgium.  “Belgians are a little more adventurous,” Sylvester said.  “I’m not a big fan of recipes.”

Most Saint Somewhere beers are based on the saison, a style originating in the farmhouses of Wallonia, the French-speaking region of Belgium.  Saisons feature wild, natural flavors and are brewed in high temperatures, which is good news for brewing in Florida.

Sylvester uses open fermentation, allowing wild yeasts in the air into the beer, enhancing flavor and making for a more unique product.

“You can see it right there,” Sylvester said, pointing to the lid of his fermentation vat, held slightly ajar with a small block.  “Keeping the tank open allows a little more wildness, a little more originality.”

Our palette of empty bottles quickly dwindled down to the wood, and as sweat began to soak through our shirts, conversations quickly sprang up.

After getting paid (pizza and a six pack of freshly bottled beer to take home), everyone left with a smile on their faces.

It’s the passion for good beer that links us all together – brewers, distributors and drinkers alike. 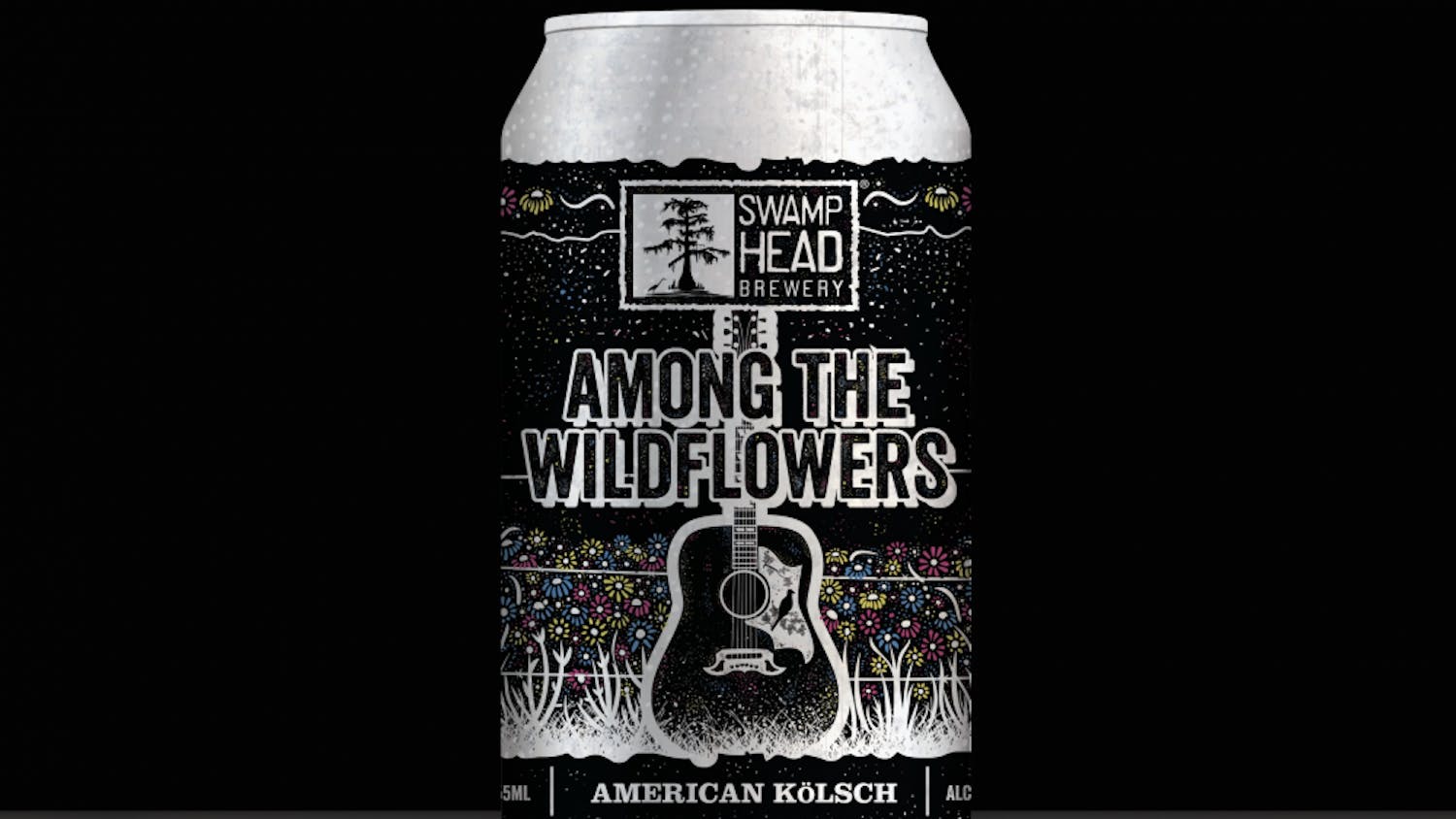 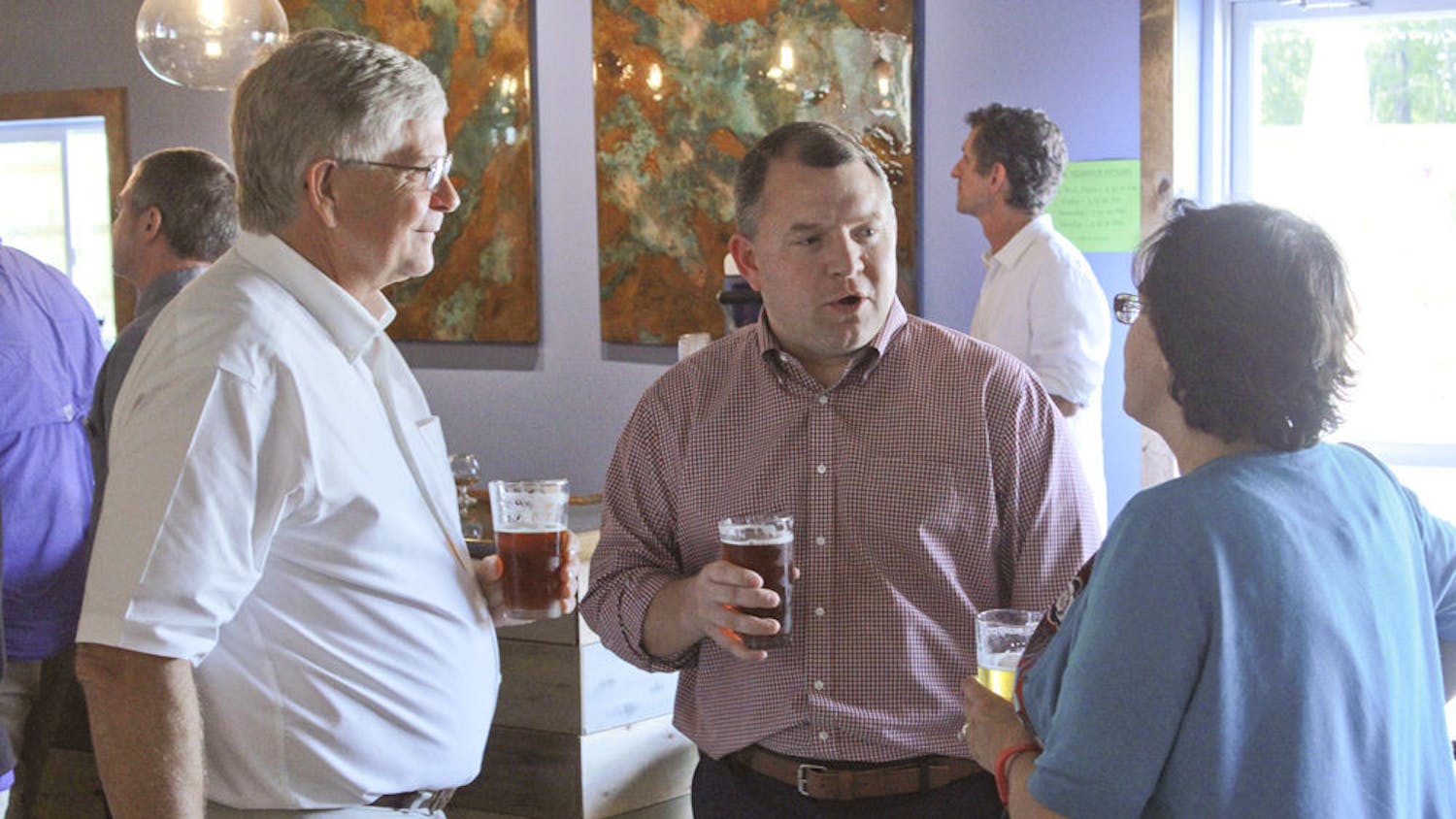