Sweat forms on his forehead and his muscles screech, but Brenden Bice pays his body no mind. There is no backing down — no giving up. However long it takes, he’ll finish the workout.

Besides, his coach won’t give him the luxury of quitting.

Twenty-five minutes. That’s about the time it takes to watch “The Office.” That’s how long it takes to finish those four workouts that started at 5:45 a.m. Compared to other workouts, this is a day at the park. But he still has to push to finish. And that’s after 35 minutes of conditioning and weight lifting.

It was different for Bice back home.

In Londonderry, N.H., pick-up football captains chose him first. Those captains never had to choose between him and Ahmad Black.

In seventh grade, he took a career assessment test. It told him that he should become a doctor; he picked advertising. He already quizzed his dad about commercials and marketing campaigns. He resolved, at 12, to work for an advertising firm.

That was the year he started playing Pop Warner football.

In 2008, he was a National Merit Award finalist. His senior year, top-tier schools such as Dartmouth College and the University of Pennsylvania accepted him. Those schools, however, weren’t his top choices. UF, a school known more for middle linebackers than Mensa members, was his top choice.

Now he’s a Gators football player, even if he doesn’t play on Saturdays.

School was never a lot of work, but football is.

Being a walk-on goes like this: You won’t be highly valued. Most likely, you will never play a down in any game. The benefits are few but the punishment is more than any rational person would bargain for. You will get beat up — essentially legally assaulted on a repeated basis. Your job is to get up and take it again — or else.

The coaches would rather have you quit now; it would save them the time and money. With all the x-rays, blood tests and hours of coaching, you represent a drain on their resources.

But if you do make it as a walk-on, and if the Gators do win a national championship, you get a ring; something every college football athlete desires but very few receive.

About 30 or 40 people showed up to that initial meeting. About half returned for the tryout.

There, the coaches run the potential tackling dummies through a series of drills that turned young bodies into walking car accidents. Only about half finish the tryout, which consist of jumping drills, bench presses, a 40-yard dash and other sprinting and conditioning drills.

Some vomit and can’t finish. Bice was one of those people.

“Well, that sucks for me,” he thought. Players who puke, he thought, don’t play for the Gators.

But they took him.

How long did the tryout last? “Forever.”

The real fun, however, was just about to begin.

Despite what the numbers may tell you, not all walk-ons are doomed to practice-squad purgatory.

Some walk-ons, such as Kerwin Bell, Chris Doering, John James and Louis Oliver, achieve success and have their names forever etched in Gators football history

Gary Beemer will not be one of those players, but  those who attended last Saturday’s game against Appalachian State sure remember him. A walk-on defensive tackle, the coaches put Beemer in as a running back in the fourth quarter where he scored his first, and only, Gators touchdown of his career.

Next year, if Bice comes back, Beemer will be his weightlifting coach.

Wednesday morning, three minutes after class starts, the Gators walk-on slips in just in time to sign the roll.

Bice gets comfortable. Other students are already zoning out. A student listens to “Break Your Heart” with his headphones. Other students text, chat and peruse Facebook.

The professor is saying something about the independent and dependent variables of qualitative research surveys.

Bice stays focused – or at least he tries. Twenty minutes in, his head begins to nod.

A second later, his shoulders snap back in his seat.

Sure, he cares about his classes. After all, he got a B+ on that public relations test. But it’s not the same as football.

This fall, the practices looked like thrashings. After one especially brutal one, he told his dad about the kickoff drill where he was blindsided by one of the top-ranked freshmen.

“Did you learn anything from it?,” his dad asked.

“Is it tougher than you thought?”

Practices like those and early morning workouts are why Bice walked with his back and arms straight, his knees unbending, almost like he was balancing plates on his head. Moving any muscles to relax hurts too much.

His first practice of the season left black-and-blue marks up and down both of his arms. The next day, he showed his roommates — his way of showing what it means to be a Gator.

Even if he wanted to quit, there’s that $300 fine levied against players who quit before Jan. 1. But money isn’t the issue; he just wants to finish.

Whatever it takes, he keeps going.

At the Appalachian State game, when fellow walk-on Beemer scored a touchdown, Bice was standing on the sideline wearing his Gators jersey over street clothes. It was the first game that the team let him on the sideline. After the game, he signed 14 autographs to children and grown men.

“I felt bad because I was devaluing their magazines and hats,” he said.

Ask him why he keeps working so hard as a walk-on, and he’ll give you different answers.

Sometimes, he says he just wanted the sweatshirt. Another time, he’ll say he wants his future son to know his dad played for Florida.

But the truth is probably simpler. 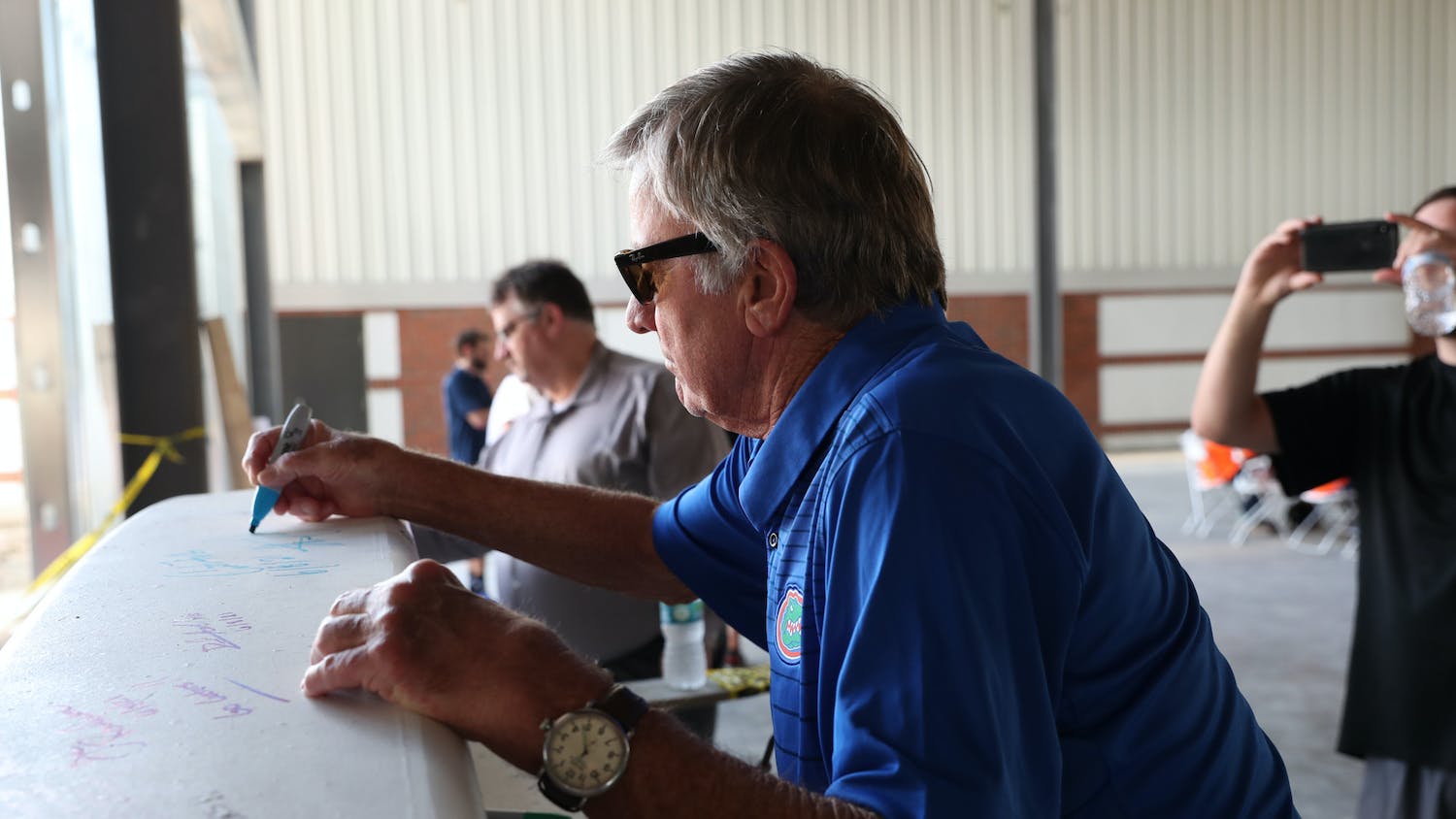 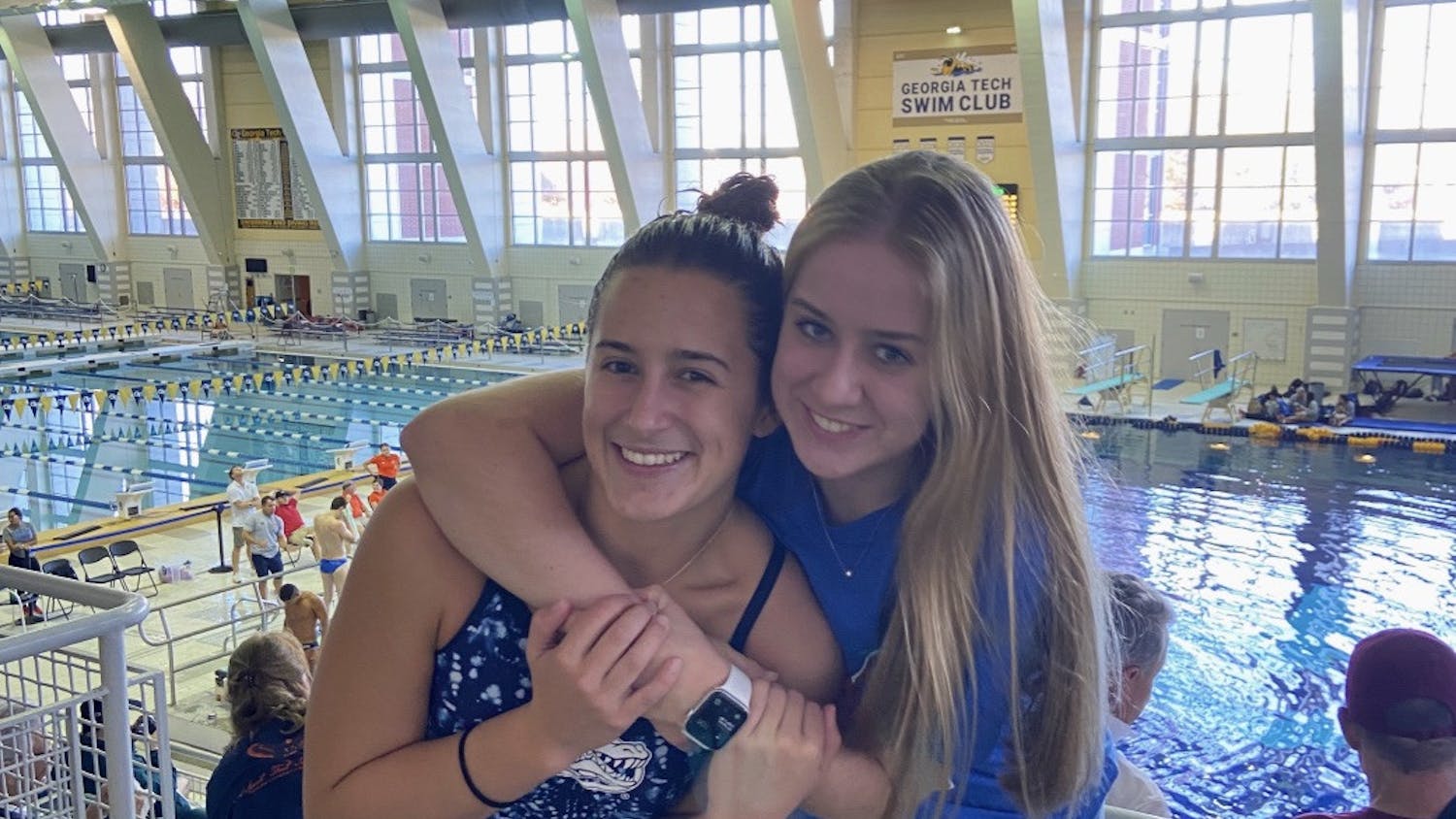 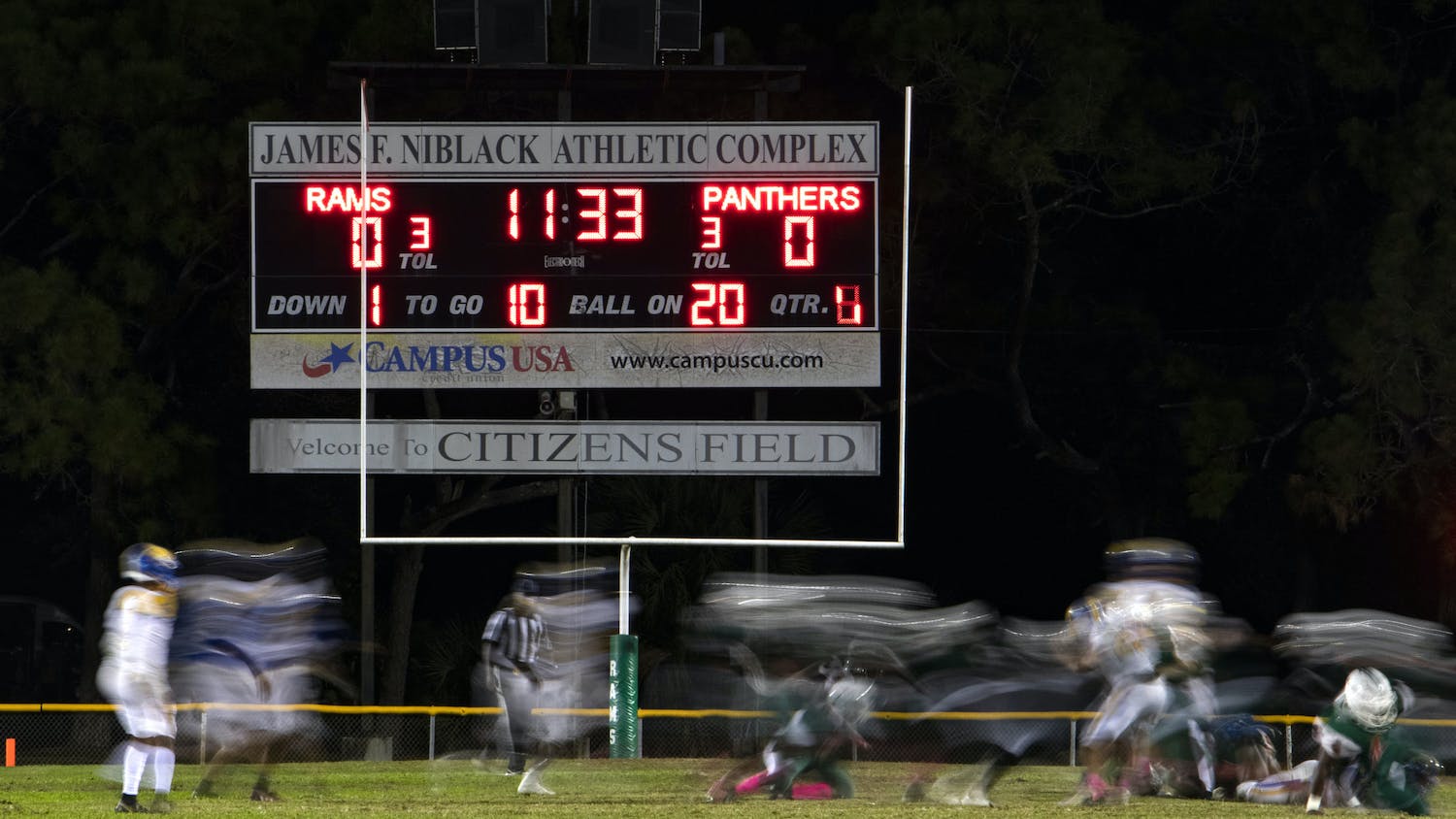