Skip to Content, Navigation, or Footer.
Donate Now
We inform. You decide.
Monday, February 06, 2023
SPORTS  |  OTHER SPORTS SWIM AND DIVE

As the Florida men’s and women’s swimming teams prepare for the 2011-12 season, there will certainly be no shortage of motivation.

Aside from their usual goals within Southeastern Conference and NCAA competition, the 2012 Summer Olympic Games in London are fast approaching, and plenty of Florida swimmers hope to give themselves the opportunity to perform for their respective nations on the world stage.

The Olympics are the biggest event in swimming, the time once every four years when the eyes of the world will be focused on the sport.

Coaches are not excluded from excitement, as Florida coach Gregg Troy will serve as head coach for the U.S. men’s squad in London. But, for now, his focus is solely on his UF swimmers.

“The foreign guys have a pretty good chance of making their Olympic team and almost all of our team has qualified for the U.S. Trials,” Troy said.

Coaches are hoping the motivation of the upcoming Olympic season translates into results for the men’s and women’s teams, who hope to build off top-10 NCAA finishes in the spring when they host the All-Florida Invitational today through Sunday.

Preliminary races will begin at 10 a.m. each day, with finals beginning at 7 p.m.

Florida’s men finished fifth in the NCAA Championships in March, but some key departures leave many expecting less out of this year’s team.

While Troy admitted the losses of standout seniors and NCAA Champions Brett Fraser and Conor Dwyer doesn’t help, he was very optimistic about his 12-man incoming freshman class.

“The good side of (our youth) is that the future of this program is very bright,” Troy said. “The bad side is the speed of the events changes dramatically. One of the big challenges is to keep their confidence up because it’s a different world than what they’re used to.”

Florida’s women were disappointed by their seventh-place finish at the NCAA Championships, but most of the swimmers from last year’s team are back and ready to improve on that result.

Sophomore Elizabeth Beisel, who scored top-five finishes in two events at the national championship, as well as seniors Sarah Bateman and Teresa Crippen will all be back in the pool for the Gators this fall. 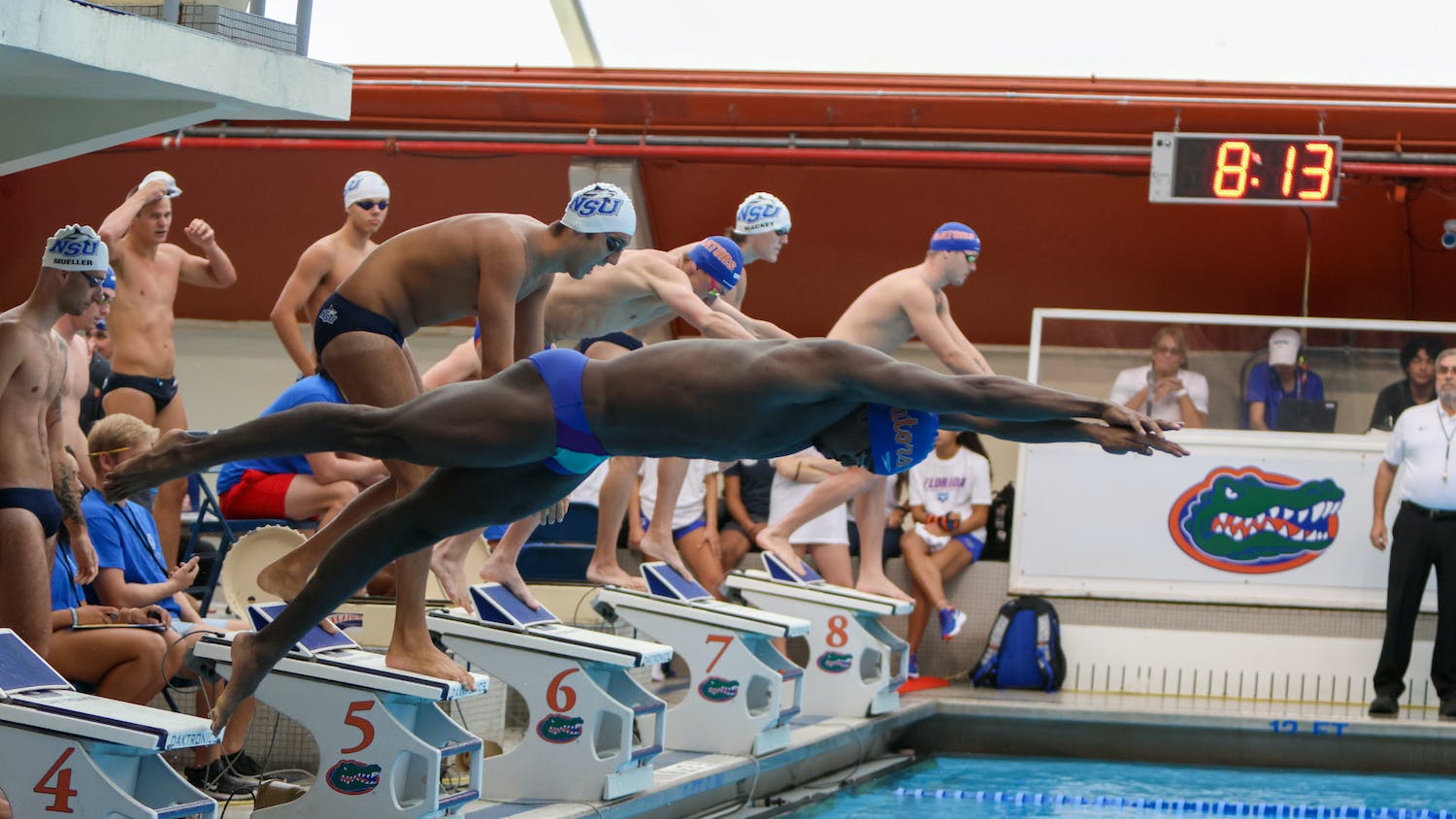