From the colorful mural on the side of the wall to the scent of burning incense that seeps outside, Wild Iris Books is hard to miss.

These are just a few things that set the store apart from the rest of the businesses that populate West University Avenue.

Erica Merrell, co-owner of the bookstore, believes Wild Iris Books would be missed greatly if the store closed — which is now a possibility.

Wild Iris Books closed for the first weekend of October after announcing on its website earlier in the week that it faced the possibility of closing due to financial reasons.

Beyond selling a variety of merchandise, Wild Iris serves as a community meeting space. Merrell said groups like lesbian, gay, bisexual, transgender and pagan groups that might have trouble finding places that would allow them to gather, often meet in the space.

“We offer a space where creativeness, diversity and anomalies are all celebrated,” Merrell said.

Merrell, who runs the store as a nonprofit, said changes in the book industry, increased rent and costs of upkeep were the reasons for the possible closing.

“We put it out there: Does this matter to you? And the answer is so loud,” Merrell said of the community’s reaction to the closure.

According to a report from the Association of American Publishers, a trade association that provides advocacy and communications for the book publishing industry, e-book sales were up 117 percent in 2011, while mass-market book sales fell 35.9 percent from 2010.

Von Ruder, 52, owner of Kind Auto Repair, is openly bisexual, Gainesville resident who believes in Wild Iris Books because of its local roots and feminist mission.

“I thought there has got to be something I can do to help them,” he said.

After Ruder found out the store was in financial trouble, he partnered with the bookstore to help. When Wild Iris Books refers customers to Kind Auto Repair, Ruder donates 10 percent of every repair cost back to the bookstore.

In an effort to save the store, Merrell and co-owner Cheryl Calhoun launched a 20 for 20 campaign, asking store supporters to donate $20 for the 20 years Wild Iris Books has been active.

That money has created new possibilities for Merrell, who thought she ran out of options.

The funds will allow Merrell and Calhoun to explore the options of moving to a new space instead of closing.

Merrell and Calhoun hope to come to a definite decision before the end of the year. They are looking at smaller spaces downtown that would cost about 60 percent less than what they are currently paying in rent.

If the store moves, Merrell hopes to update the book displays and the general aesthetic of the merchandise in the store.

“There are some things in here that are 20 years old,” she said.

Molly Ryan, political science and women’s studies major, is one of the two Fall semester Wild Iris Books interns. Ryan, 21, has been involved with the store since her first semester at UF.

“There is sort of a stigma of the old lesbian-witchy store, but people always want to come back once they come in for the first time,” she said.

Merrell describes her store as something more than a bookstore. 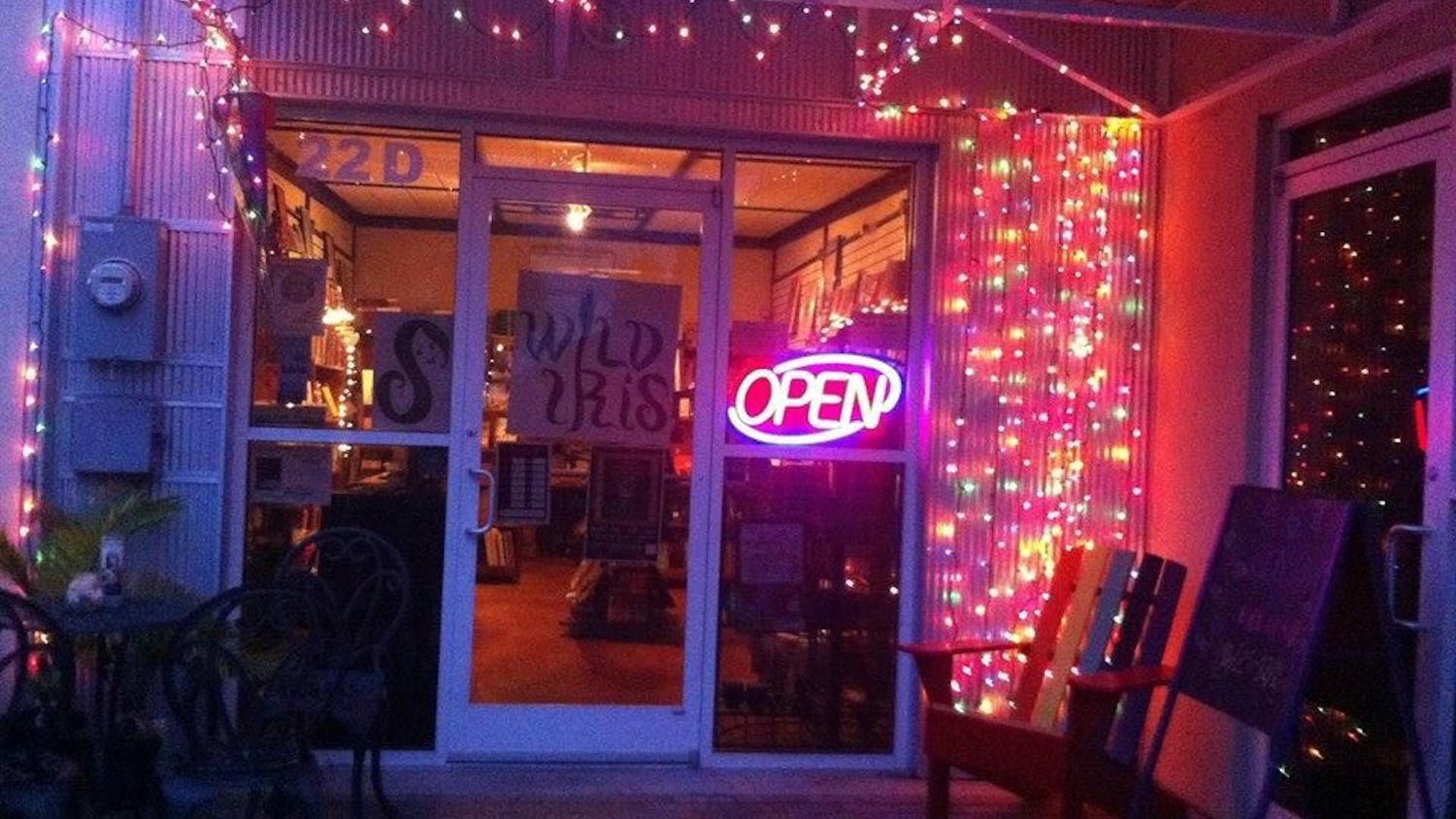 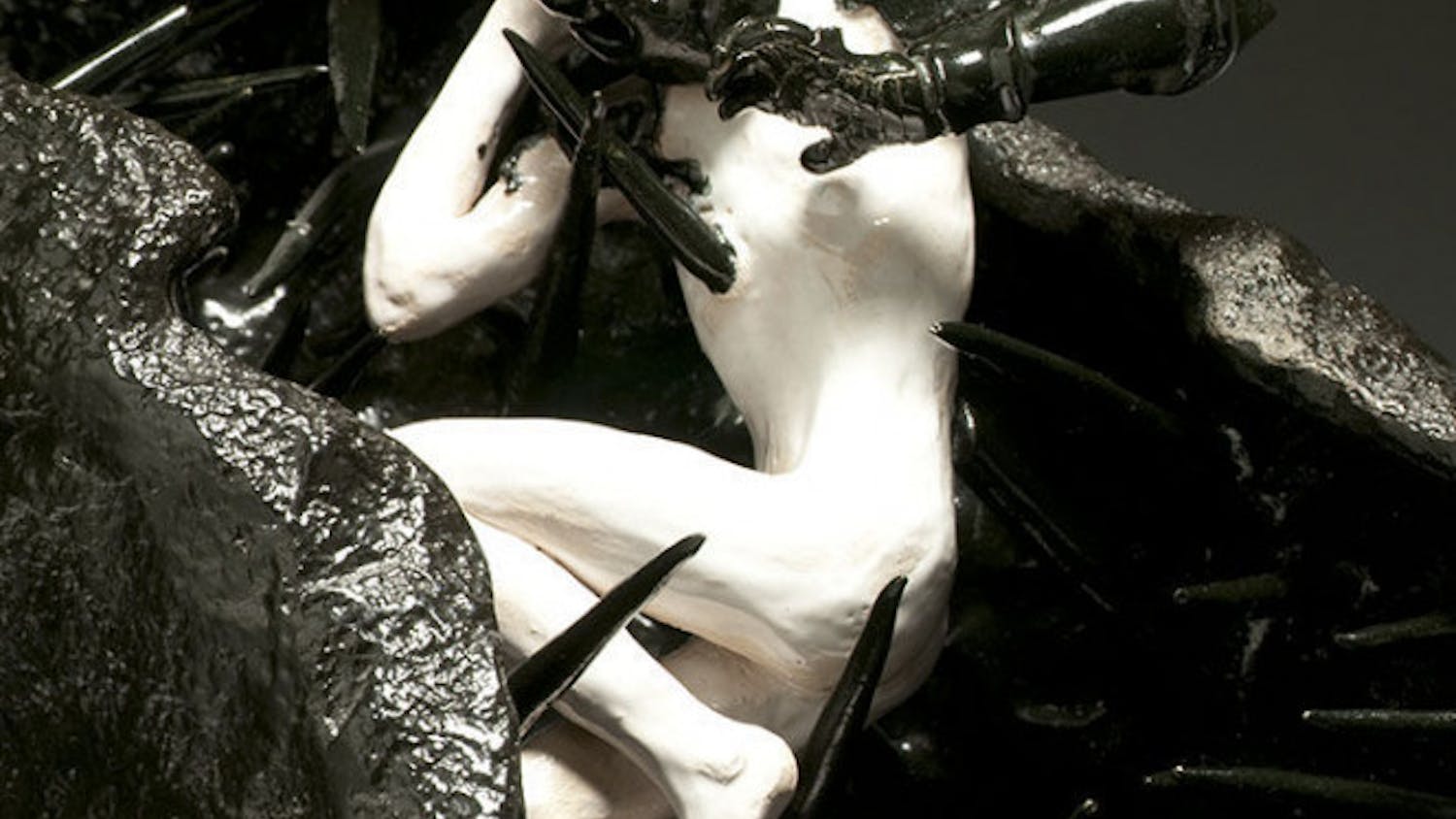