Gotham isn’t the only city with a soft spot for bats.

Bat fanatics will be able to see the thousands of foraging, furry free-tails living in the UF Bat Barn without enduring the musky smell. By the end of the month, a camera inside the barn will be live streaming on the Florida Museum of Natural History’s website.

Sarah Fazenbaker, the museum’s webmaster, said a camera was mounted inside the barn last week and is fully functional. However, she said there isn’t a set date for when the stream will be online because it takes “a little tinkering” to get the power, Internet connectivity, camera angle and lighting right.

Fazenbaker said there used to be a camera in the next-door Bat House, but it was shut off last year because the environment inside was too hostile for the equipment, and it made maintenance problematic.

The barn is structured in a way that will keep the camera cleaner than it was in the Bat House, she said, and the equipment will hopefully last longer.

Fazenbaker said the camera is not being used for scientific study. Staff decided to install it for the public’s benefit because of high interest in the nightly bat viewing.

“What I didn’t know until we did this whole project was that they actually move around quite a bit during the day,” she said. “They do fly around in there, so there is actually something to look at — if there’s enough living in the barn.”

Candace McCaffery, the museum’s mammals collection manager, said bats are picky about where they live.

It took years for the bats to warm up to the barn, she said, even though it was primed with bat feces to make it smell attractive to the animals.

The Bat House was built to relocate the bats living in the stadiums and old buildings on campus. When the internal structure of the house collapsed in 2009 because of too many bats, it was remodeled, and the additional barn was built in 2010.

“I think we’re really fortunate, though, that it actually worked and that we have this big colony here,” McCaffery said. “It’s great for us for some insect control, and it’s a great viewing thing for campus.”

The museum currently has a camera installed on an exterior pole, which is already streaming live on its website. Observers anywhere can watch about 300,000 bats emerge at dusk with just a click of a button.

UF veterinary first-year graduate student Jared Baum, 22, said he’s seen the bats fly from the structures two or three times, and he said he thinks the new technology is a good idea.

“It’s pretty interactive,” he said. “It unveils the unknown behind the barns.” 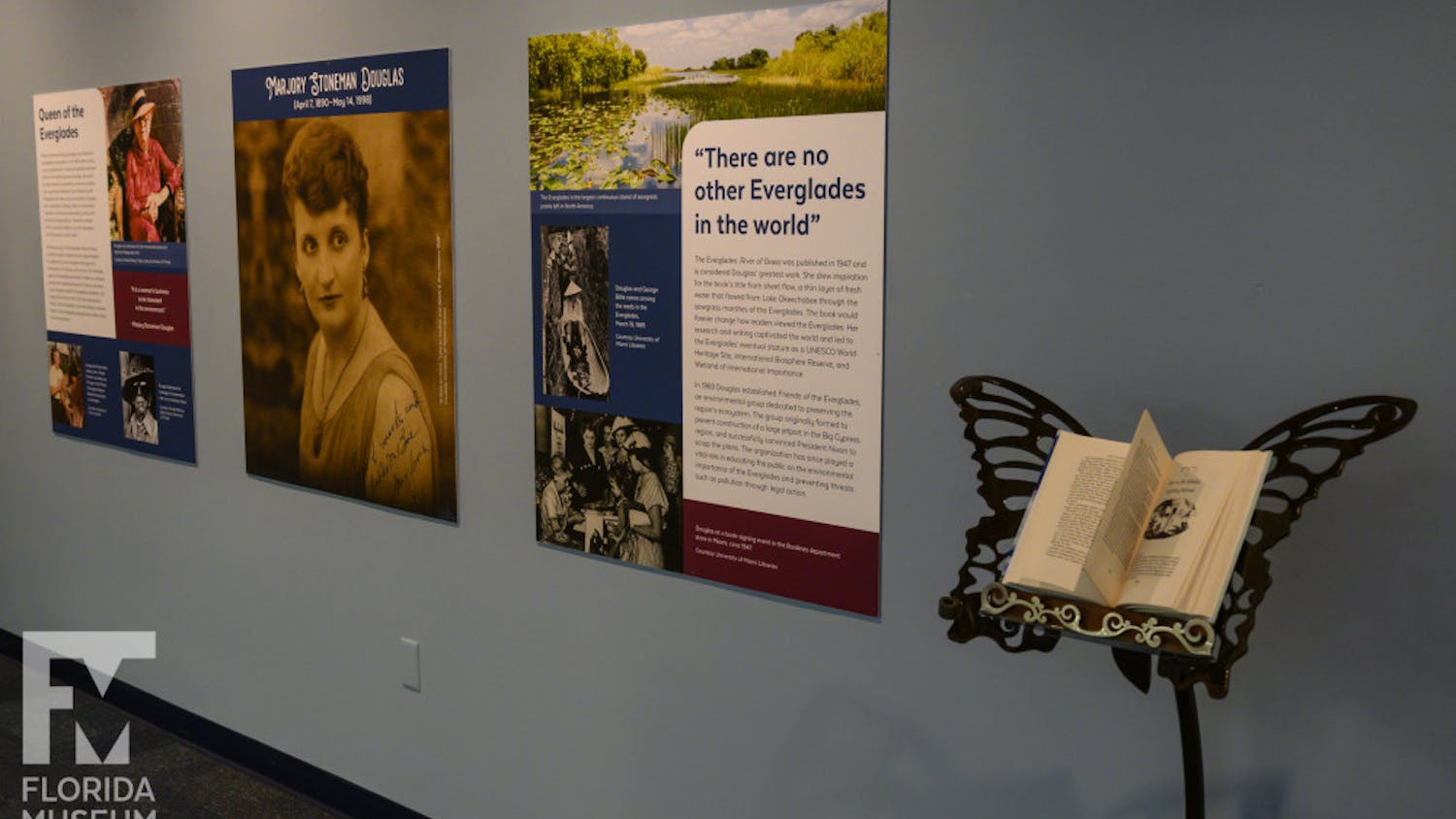