Supported only by fingertips and toes caked in chalk dust, climbers held onto slivers of rock raised inches off the wall in the hopes of coming out on top.

More than 100 competitors put their strength and skills to the test Saturday during Gainesville Rock Gym’s 14th annual Boulderpalooza, cited as one of the largest bouldering competitions in the Southeast.

Because climbers aren’t in harnesses, bouldering is the most dangerous form of rock climbing and relies on core strength, foot technique and mental preparation, said Jennifer Allison, a manager at the gym.

“It’s very difficult,” she said. “Most of the time you will fall.”

Spotters and crash pads are underneath climbers as a precaution, Allison said, but it’s up to the climber to complete routes alone.

With 80 routes and more than 10 difficulty levels, climbers competed for the top spots within six divisions, each divided by gender and either skill level or age. Climbers ages 7 to 56 participated, according to Jon Hawk, a manager and route-setter at the gym.

For $3, climbers competed to see who could simultaneously climb and stack the tallest tower of milk crates while secured to a harness. The winner took home the event’s proceeds.

After much debate, the three competitors decided to split the money evenly, winning $42 each.

Jon Kalantar, a 25-year-old UF alumnus, won first place in the open-male division for bouldering. He said although he wasn’t expecting to win, he was “stoked” when he did.

Kalantar said climbing is mostly a mental sport because you’re not competing against anyone but yourself, the rock or the wall.

“It’s easy to get scared because of the heights,” he said. “Overcoming that is a pretty big obstacle for a lot of climbers, including myself.”

Hannah Dwyer, a 22-year-old UF art senior and member of UF Rock Climbing, said she also sometimes psychs herself out while climbing.

She said she typically doesn’t perform well under pressure, but Saturday was just about having fun.

Dwyer won first place in the intermediate-female division for bouldering.

However, each competition and point system is relative, she said, and results depend on how everyone is feeling at the time.

“You could be climbing stronger than someone else who crushes way harder than you do,” she said. “It’s cool to win but ... tomorrow’s going to be different.” 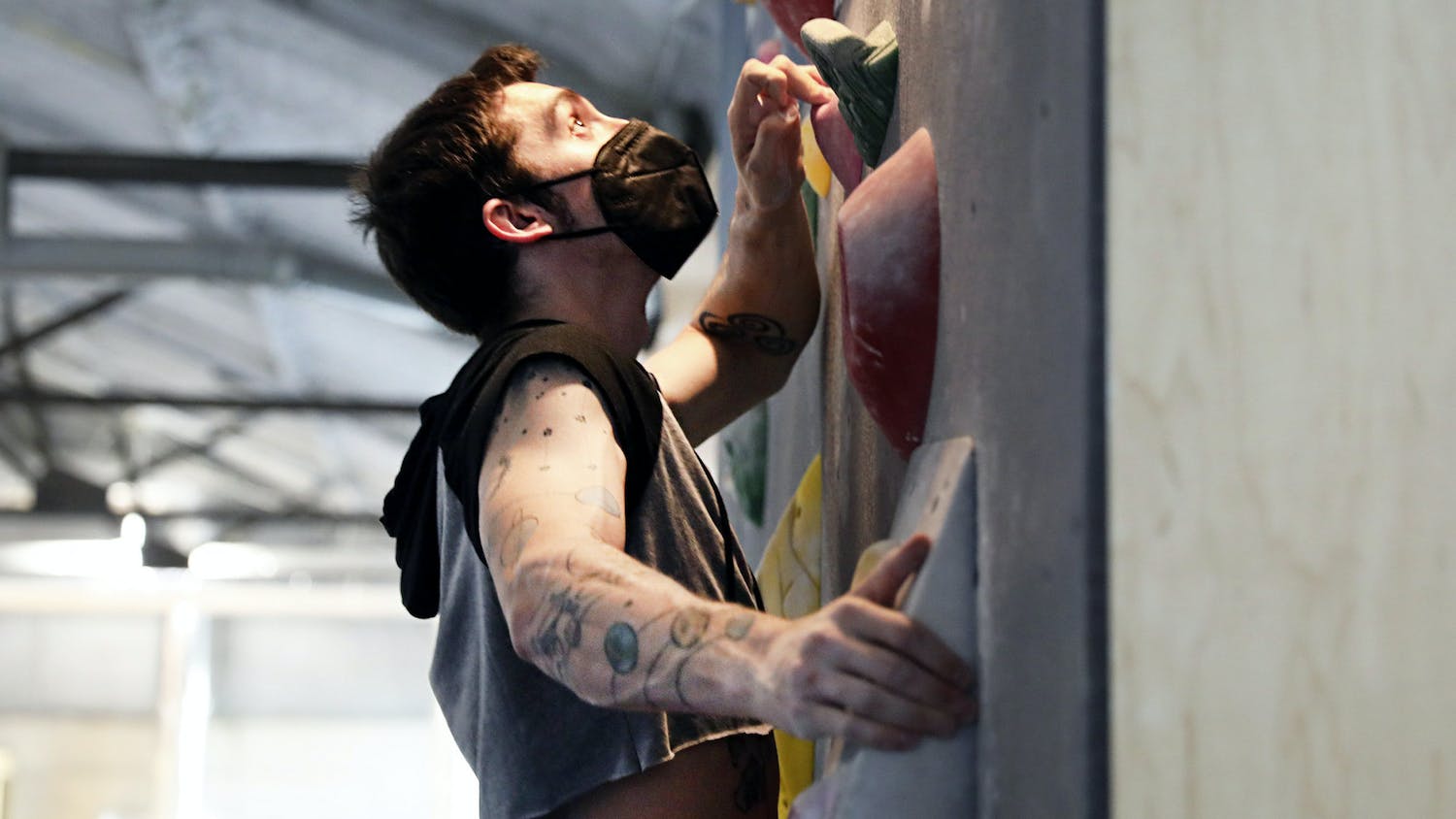