From 2010 until 2013, No. 4 Florida faced the challenge of defending against midfielder Erin Fitzgerald when it played Northwestern.

But UF has its own Fitzgerald now.

Freshman Caroline Fitzgerald is the little sister to Erin Fitzgerald and has proven to be the defensive weapon that the Gators (12-2, 3-0 American Lacrosse Conference) needed to help fill the space that defensive players like Emily Dohony, Sam Farrell, Jamie Reeg and Kayla Stolins left after graduating in 2013.

As a freshman, Fitzgerald has guarded the toughest offensive players in every game.

Against Syracuse, she played man-to-man coverage against Alyssa Murray — one of the top offensive players in college lacrosse — and held her to only two goals and one assist.

In UF’s season opener at No. 1 UNC, Fitzgerald had two ground balls and two draw controls. In a game where the Tar Heels beat the Gators 20-8, she was one of five Florida players to win a draw control.

Since that game, Fitzgerald has continued to grow.

The Mount Sinai, N.Y., native has focused heavily on defending as a unit with the entire team for its game against No. 9 Johns Hopkins (10-1, 1-1 ALC) on Saturday at noon.

“We are game planning, watching film,” Fitzgerald said. “We go out on the field and practice against our offense.”

Like the rest of the team, Fitzgerald is looking for a win against the Blue Jays so the Gators will remain undefeated in the ALC.

However, Hopkins won’t go down without a fight.

The No. 9-ranked team has only lost one game in its 2014 season, and it was to a tough Vanderbilt team on Saturday.

Fitzgerald and the rest of the defense will have their hands full with Hopkins senior attacker Taylor D’Amore and senior midfielder Sammy Cermack. D’Amore is the Blue Jays’ leading player in goals (32) and draw controls (36), while Cermack leads the offense in ground balls (33) and caused turnovers (12).

If Florida can win its next three games, it would end with a perfect record in the ALC and become the No. 1 seed for the ALC conference tournament in May.

Fitzgerald said Florida is ready for the pressure that comes with being undefeated in conference play this late in the season. 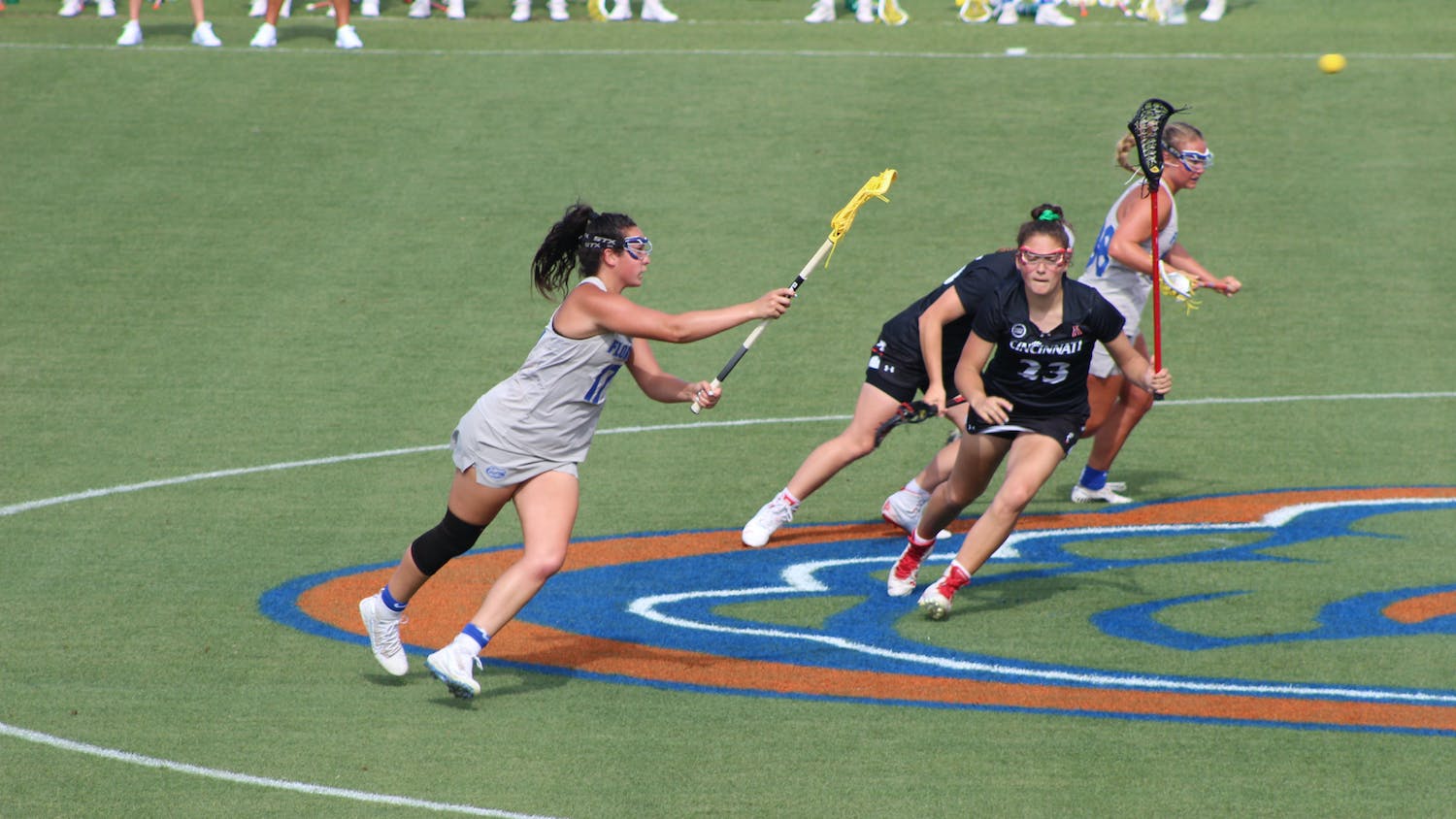