Brown and her three young children have been living in a hotel since early January because of the mold in their Horizon House apartment.

They’re not alone. The complex’s mold problem has driven residents to sleep in their living rooms and throw out hundreds of dollars in belongings.

Officials say there’s nothing they can do.

“It’s not even safe to go into the apartment, the smell is so horrid,” the 26-year-old single mother said. “I want a place where I can not be worried about things getting into the walls and into our lungs.”

She first noticed the problem last year, a couple months after moving into the complex at 1515 NW 10th St.

Brown and her two daughters all suffer from severe asthma, so after spotting mold, she immediately called maintenance.

It was months before an employee came by, sprayed the room with bleach and painted over the area.

The complex offered to move her to another apartment, but after talking to neighbors, Brown said she realized it wouldn’t make a difference.

Walette Mulberry, 38, had been dealing with mold since she moved into her apartment five years ago. In the past year, it’s gotten worse.

For months, she and her two kids – ages 8 and 11 – slept in the living room. One of the three bedrooms served as their closet and changing area.

The other rooms were covered in mold.

Onteria Lawrence’s 4-year-old son, Timarkis Archie, played inside while she shoved a moldy bureau off the stairway leading up to her second-story apartment.

“I can’t afford to throw this away, but I got to,” Lawrence said, shaking her head at the splintered wood at the bottom of the stairs. “Even my Bible, the Holy Bible, I have to throw away.”

As she went to grab a box of mold-dampened clothing from the bedroom two of her sons share, the lights flickered off. She flipped a switch on the circuit breaker as she walked past, bringing the lights back. Happens all the time, she said.

She said she’s lost six pounds from the stress, watching as her kids got colds that lasted for months and ear infections she couldn’t prevent.

But the residents have no choice but to stay.

They also can’t afford to leave.

Code Enforcement has no standard for how much mold makes an apartment unlivable. In the Florida humidity, it’s a lost cause, said Gainesville city spokesman Bob Woods. The department can only issue a violation if there’s a physical problem like faulty plumbing or a leaky roof.

The mold in Horizon House is most likely due to humidity,

according to an email from Code Enforcement division manager Christopher Cooper. A late-January memo says the complex put the families up in hotels while the situation was remediated.

In early February, her neighbors received a notice from Horizon House that said the mold problem was being handled. Donald Mitchell, whose cousin lives in the complex, said so far, they’ve knocked down a couple of walls inside the apartments.

No one wants to be uprooted from their homes, but there’s nothing the city needs to do at this time, said Woods, city spokesman.

That is, unless the families choose to pay for private companies to take air-quality samples.

Neither Code Enforcement nor the health department has the resources to conduct tests. But if results show the amount of mold in the air is hazardous, the property owner can be issued a citation.

Woods isn't sure what the threshold is. He said he imagines the test results will state if a location is unsuitable for human habitation. In that case, the situation would fall under Chapter 13 of the city ordinances, which says property owners maintaining dangerous conditions are in code violation.

Anthony Dennis, environmental health director for Alachua County’s Department of Health, gets a lot of calls about mold, especially during the winter months. He never recommends testing. The results are going to tell the tenant what they already know.

“If you can see the mold, and you feel like it’s affecting your health, you need to get out of that environment,” he said. “But it’s easier said than done.”

Dennis mostly hears from renters who are stuck in leases. All he can do is offer advice and pass along pamphlets.

“You’ll know if you have taken care of the problem because you can breathe,” Dennis said.

But if it’s beyond repair, there’s nothing the health department can do. It, too, has no enforceable standard.

Establishing one would be helpful, Dennis said, but because people react differently to mold based on their sensitivity, it’s difficult to reach a consensus. In Florida, there will always be spores. It’s when humidity climbs to more than 50 or 60 percent that they’ll grow on household objects. Mold loves leather.

Around the corner from Horizon House, Hayley Reese points to her 8-year-old daughter playing in the Sunset Apartments courtyard, 1500 NW 12th St.

In between sips of a Wendy’s vanilla shake, Reese, 26, said her daughter sometimes thinks people are watching her at night. One time, she put a pillow in the windowsill so no one could look in.

“In two days, it was covered in mold,” she said.

Poor air circulation is a major contributor to mold, Dennis tells clients. Renters often keep their air conditioning off because of high utility costs or don’t have working units.

Reese is a waitress. Her husband is unemployed. They have five kids together. But no matter how tight money gets, the air conditioning or heat is always on. The unit is one of the few appliances that works.

Staff is hard to reach. The office is closed on Mondays, and when it is open, the phone usually goes to voicemail.

Management did not return phone calls about this story.

Besides the office manager and the occasional maintenance man, the only signs of management appear when no one’s looking. In December, Lawrence woke up to a lease termination warning on her door — over a $45 fee she’d never heard of. In February, Horizon House got a freshly paved parking lot.

Reese tracked down the head maintenance man when she went to pay her utilities at the beginning of February. She heard about Horizon House families being moved to hotels and wanted to know if anything was going to be done at Sunset.

Workers came in and covered her closet with a big piece of wax paper. They suggested she open her windows more.

Reese recently made doctor’s appointments for the kids.

Until then, she props her children up when they go to bed. Otherwise, she hears them wheeze.

The courtyards of Horizon House and Sunset apartments are never empty.

In the morning, mothers sit in lawn chairs after walking their kids to the bus stop, gathering the energy to change into work uniforms. At noon, young men greet their neighbors in sweatpants and single-strap sandals, passing around Black & Mild cigars. After school, kids run through the sand, laughing with Chek-soda-stained mouths.

Most of the residents know each other by first name only. They don’t have their neighbor’s number, though they think their cousin or sister or homeboy might. But every day, they hang out in the courtyard together.

No one wants to go inside. 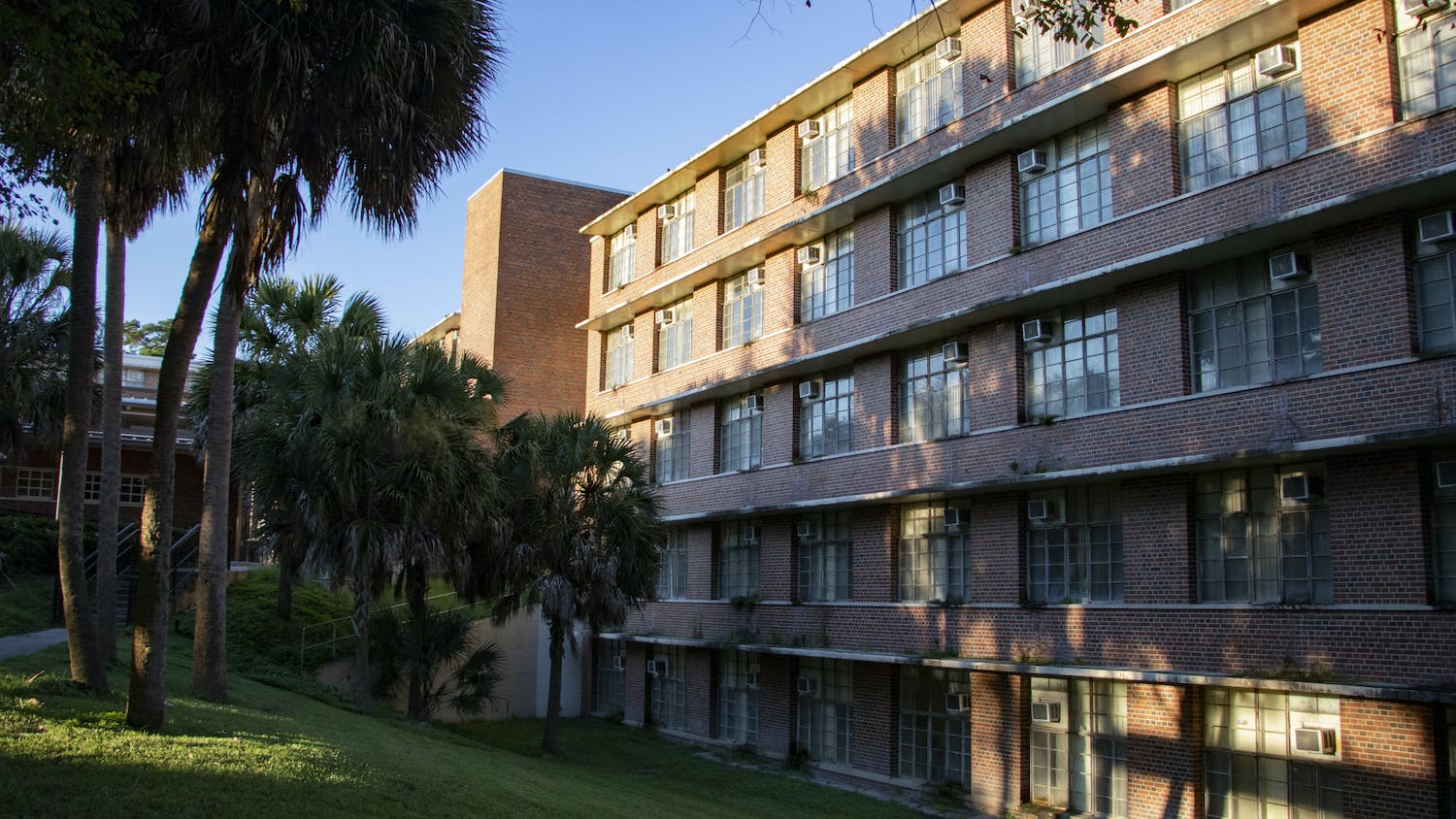 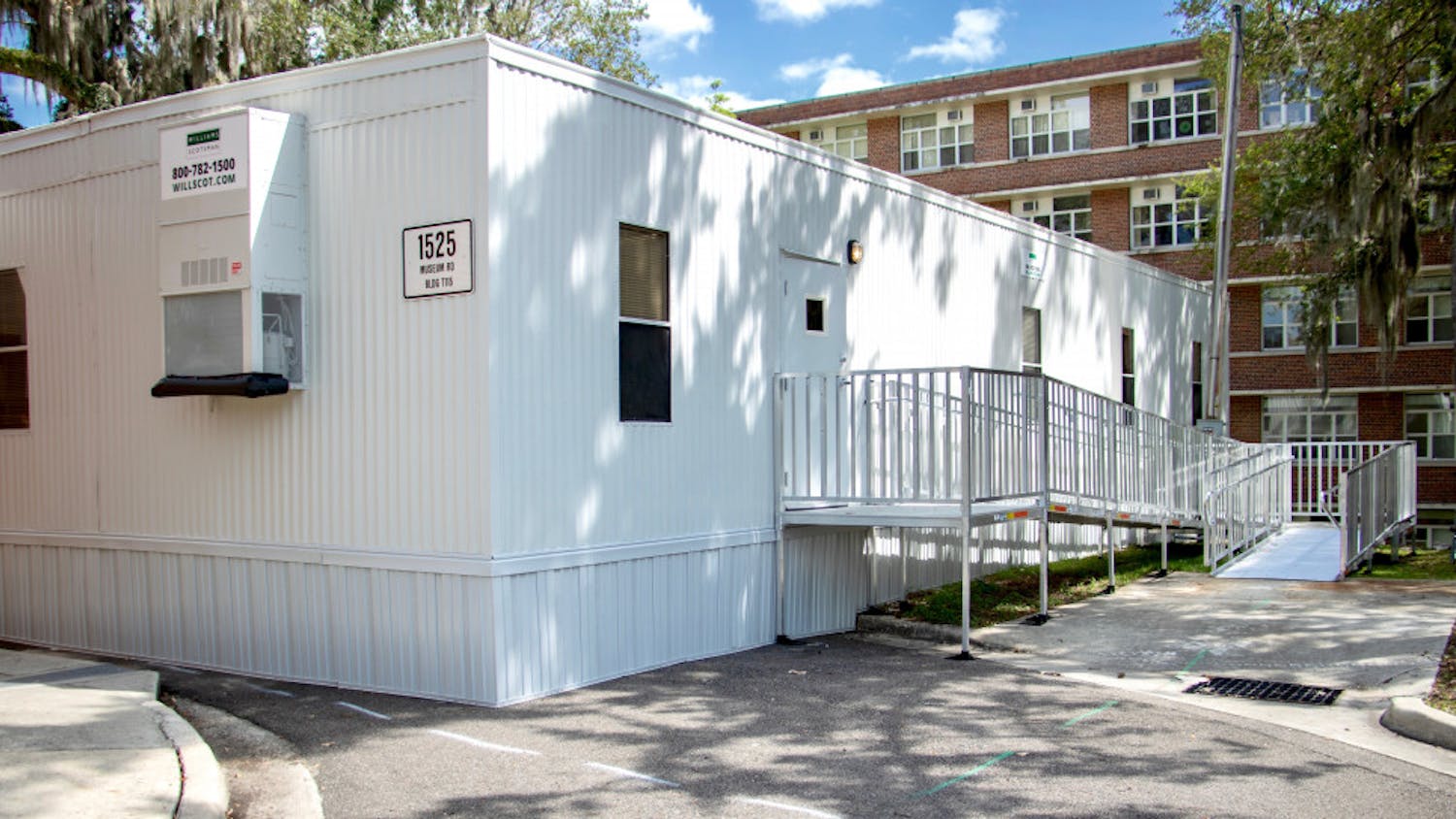 UPD to move into portables amid building safety concerns