Skip to Content, Navigation, or Footer.
Donate Now
We inform. You decide.
Friday, May 07, 2021
METRO

FLORIDA STRONG IN FACE OF TRAGEDY

The Florida State University senior made it her nightly home freshman year — a comforting refuge after her grueling dance classes.

But just before 12:30 a.m. Thursday, that refuge was bathed in fear. A gunman, later identified by police as Myron May, walked into the library and opened fire, injuring three people before he was killed after exchanging shots with police.

After working on a group project for about four hours, the marketing and hospitality management major needed another cup of coffee. She headed to the first-floor Starbucks with Cassie Villanueva, 19. Everything seemed normal.

Aponte ordered a tall dark blend before running into another group. They stopped to chat. That’s when they noticed the library’s atmosphere started to change.

Students were shifting, like a silent herd escaping an oncoming predator. They quietly shuffled from one side of the first floor to the other. Some hid behind pillars.

A sharp beeping sound sliced through the air.

Then an alarm blared.

Aponte and her friends ducked from their spot at Starbucks as students began to move more urgently, picking up their backpacks and laptops and emptying the first floor, many rushing up the stairs.

People don’t run up the stairs in a fire, she realized.

That’s when Aponte started moving toward the stairs too. On the way up, she turned to Villanueva.

“Everyone needs to calm down,” Aponte said. “We don’t even know what’s going on.”

A girl she didn’t know then whispered in her ear:

“There is a guy with a gun on this floor.”

If you search May on Facebook, his profile picture shows a smiling face and a bow tie.

The gunman graduated from FSU in 2005 before graduating from Texas Tech Law School four years later, according to Tallahassee Police. May had licenses to practice law in Texas and New Mexico but had recently returned to the Tallahassee area.

The 31-year-old had no criminal record in Florida. He served as chairman of the National Black Law Students Association, Rocky Mountain Region. The Phi Beta Sigma Fraternity member also received a scholarship from the African-American Collegiate Scholarship Fund.

Yet on Thursday morning, the FSU alumnus opened fire in Strozier.

He shot at one employee before trying to shoot another woman just inside the lobby entrance.

Then May reloaded his gun.

He shot at two male students outside of the building. One of the victims was grazed and released on the scene. The employee, Nathan Scott, was shot through the leg but is in good condition, according to Tallahassee Memorial HealthCare.

But May refused to put down his weapon. Instead he opened fire on police, and officers fired back with fatal ends.

Aponte made it to the third floor as students kept shifting inside. That’s when she heard the gunshots.

“We started running,” she said.

In the craze to find a hiding place, she passed students crying, sprinting and feeling disoriented in the chaos.

She hid behind a table at the back of the floor.

Scared, she texted a group of friends:

Then later, “Get to the bathroom or something,” one told her. “Go hide,” said another.

An intercom message told students to call 911 if anyone was injured. Another announcement said police apprehended the shooter. Evacuations would start soon.

Aponte said all around her students were crying. Others had glassy eyes from past tears. Some looked tired. Others were in shock.

When officers arrived on Aponte’s floor, she was led downstairs with her hands in the air.

The scariest part, she said, were the guns.

Below her, officers pointed hefty machine guns up the stairwell.

“If you made any brief movement, they were going to aim it at you,” she said.

Students were evaluated and then guided into nearby Bellamy Hall. It wasn’t until after 4 a.m. when Aponte climbed into bed.

Thursday afternoon, on the police website, Tallahassee Police hinted at a troubled mind.

Officers said May kept journal entries and videos in which he expressed fear that the government was targeting him. His Facebook page was flooded with Bible verses. But his motive for the school shooting remains unclear.

In the aftermath, clusters of students gathered behind the yellow caution tape surrounding Strozier. Two men nailed wood panels over first-floor windows as a police officer in a bulletproof vest stood watch in the sun.

Business freshmen Amber Strokoff and Olivia Delashmutt, both 18, sat on the sunny lawn outside the library in FSU garnet.

Like many students who lived near Strozier, the two were alerted when alarms went off.

“I was so nervous,” Strokoff said. “I threw up a few times.”

“You never think it’s going to happen,” Delashmutt said. “And it does. Why our school?”

It was a question many were asking.

At about 5 p.m., a mass of about 800 people came together near FSU’s bronze Integration statue in solidarity for the three victims.

Many held burning candles and nearly all wore garnet, gold and black.

FSU President John Thrasher addressed the crowd that spilled over into bushes, on benches and even to the top floor of the nearby parking garage.

“The world is watching you right now, Florida State University,” Thrasher said. “This university is not going to let any individual divide us, conquer us, or make us any less than what we are.”

The marching band led the group in a rendition of the alma mater. A swaying sea of somber faces and furrowed brows fought back tears and moved together with the music.

A handful of scattered students in the back started the FSU war chant. The chant picked up like wildfire, growing and crescendoing through the crowd as drums accompanied it.

“I can’t hear you!” someone screamed, and the chanting grew.

For a few minutes through teary eyes, everyone — students, staff, band members, professors, politicians — were one.

The scars from the Strozier shooting will take time to heal.

Aponte said she woke up Thursday morning feeling OK. She watched an episode of “Grey’s Anatomy,” got in touch with family and friends and talked to roommates.

It wasn’t until she finally saw May’s Facebook page — his face staring back at her — that her anxiety returned.

As she recalled her night, a police car rushed down West Tennessee Street, sirens blaring. She snapped her neck back to see where the noise was coming from, tried to talk again, but followed the patrol car with her eyes until it was out of sight.

“You think a bunch of thoughts,” she said when she composed herself again.

“The whole situation, I just have a bad feeling, and it just won’t go away.”

19-year-old FSU statistics freshman Olivia Heartsell, (left), leans on her teammate Amber Milner, a 22-year-old psychology junior, during the Gathering of Unity at the university’s Integration Statue on Thursday evening. 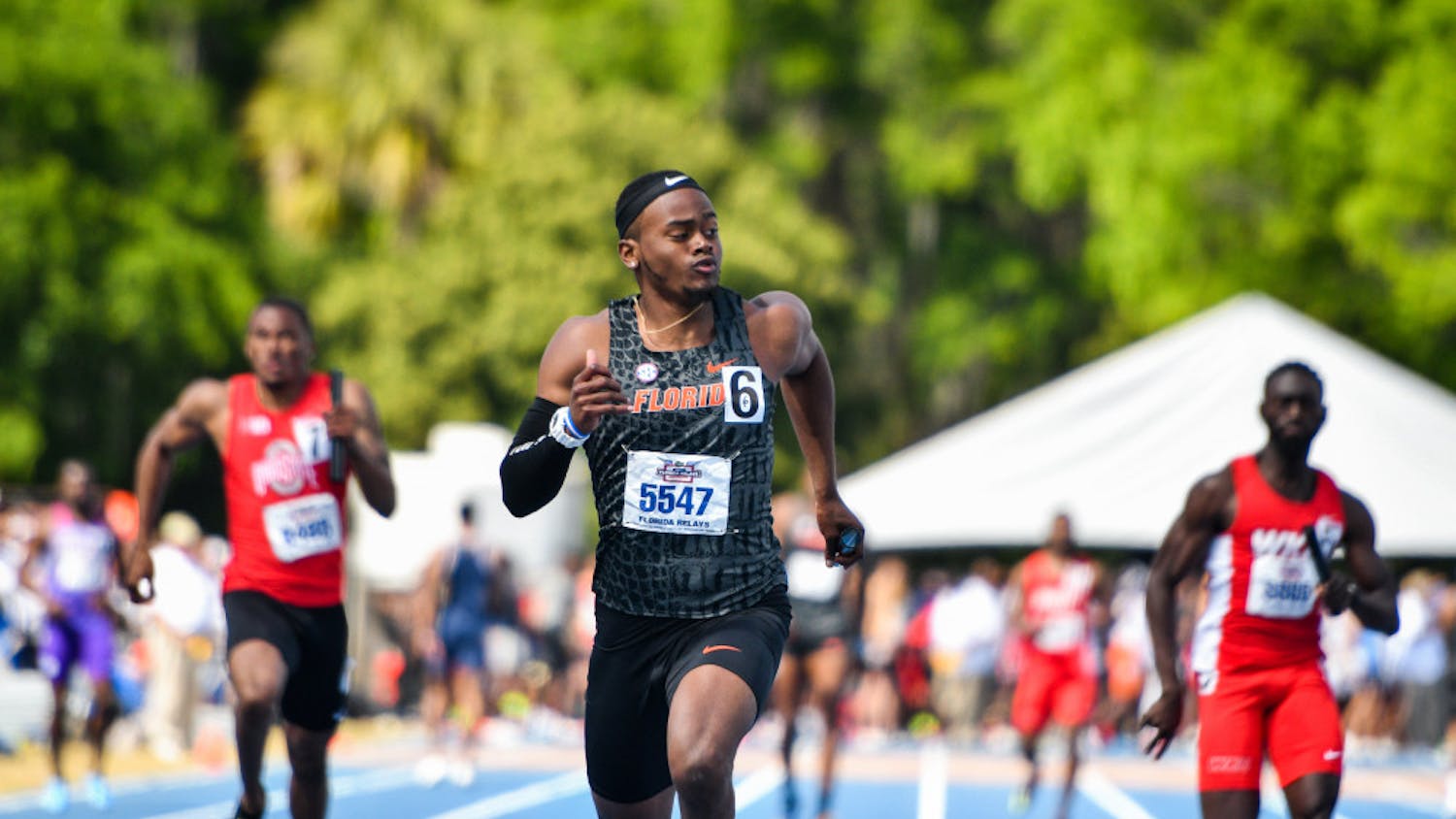 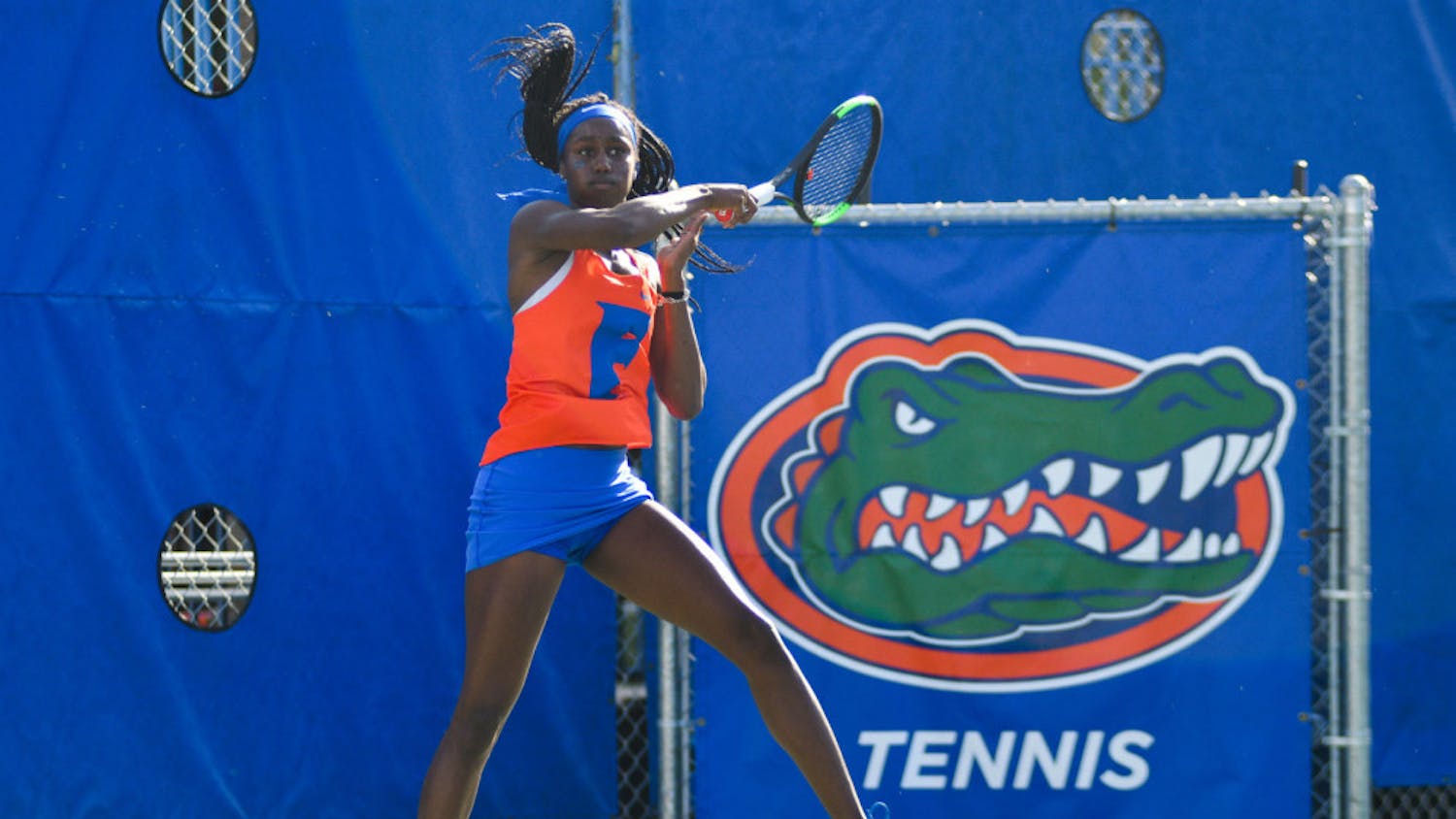