If you call the Freedom From Religion Foundation and get put on hold, you’ll hear a jaunty tune that sounds like it came from a wholesome 1950s TV show.

The national organization, which advocates for the separation of church and state as the song says, has turned its attention to UF.

After receiving a photo of a Bible verse etched onto an archway at the newly constructed Heavener Hall, Freedom From Religion Foundation staff attorney Andrew Seidel wrote a letter to UF President Kent Fuchs on April 13 protesting the religious text.

“It’s a violation of the First Amendment of the Constitution, and we think that’s the definition of a big deal,” Seidel said.

The quote reads, “He has showed you, O man, what is good. And what does the Lord require of you? To act justly and love mercy and to walk humbly with your God. Micah 6:8.”

UF spokeswoman Janine Sikes would not comment on the letter but emailed a statement saying, “The University of Florida is committed to complying with the laws that apply to public institutions. We are carefully reviewing the letter received late Monday from the Freedom from Religion Foundation.”

According to Seidel’s  letter, having the quote on a building owned by a public university violates several decisions by the Supreme Court.

Jarvis Henderson, one of the founders of and a campus minister at Campus Alive, said he thinks the verse is an excellent ornamentation for the building.

“It’s something that’s motivational, inspirational, and it’s probably something that we hear every day and don’t realize it comes from the Bible,” he said. “I wouldn’t even be mad if they put something from the Quran.”

If UF is going to be so meticulous as to take down the quote, it should be thorough about getting rid of all religious references, Henderson said.

“If we’re going to complain about that, we should complain about the money we use on campus because it says ‘In God we trust,’” he said. “I think (Freedom From Religion are) OK in speaking how they feel, but insofar as making people take it down, our whole country was founded on biblical principles, so does that mean we take down our flag?”

Freedom From Religion has run into similar incidents on government buildings and lower-level public schools like high schools, Seidel said, though never a university.

“So basically all we’re asking for is ... for the university to investigate and remove or to cover up the Bible verse,” he said.

Michael Johns, president of Gator Freethought, an organization encouraging discussion of religion, said the club is working on a letter to Fuchs in support of Seidel’s.

Johns said when he first heard about the verse, he thought it might be OK, depending on which verse it was. After reading it, however, he disagreed with its placement on campus.

“The explicit instruction to walk humbly with your god almost puts it out to seem that the university is saying that to be a member of the community, to do good in academia here, you must believe in a god,” he said.

Johns said the quote makes people from different religions, or who aren’t religious, feel excluded, including members of his club.

“So we’re not attacking Christianity by saying this,” he said. “We’re simply asking that the university be respectful towards all of their students and abide by these laws that have been established to ensure at public institutions, especially at a university, that you can feel safe and secure and welcome, regardless of your beliefs.” 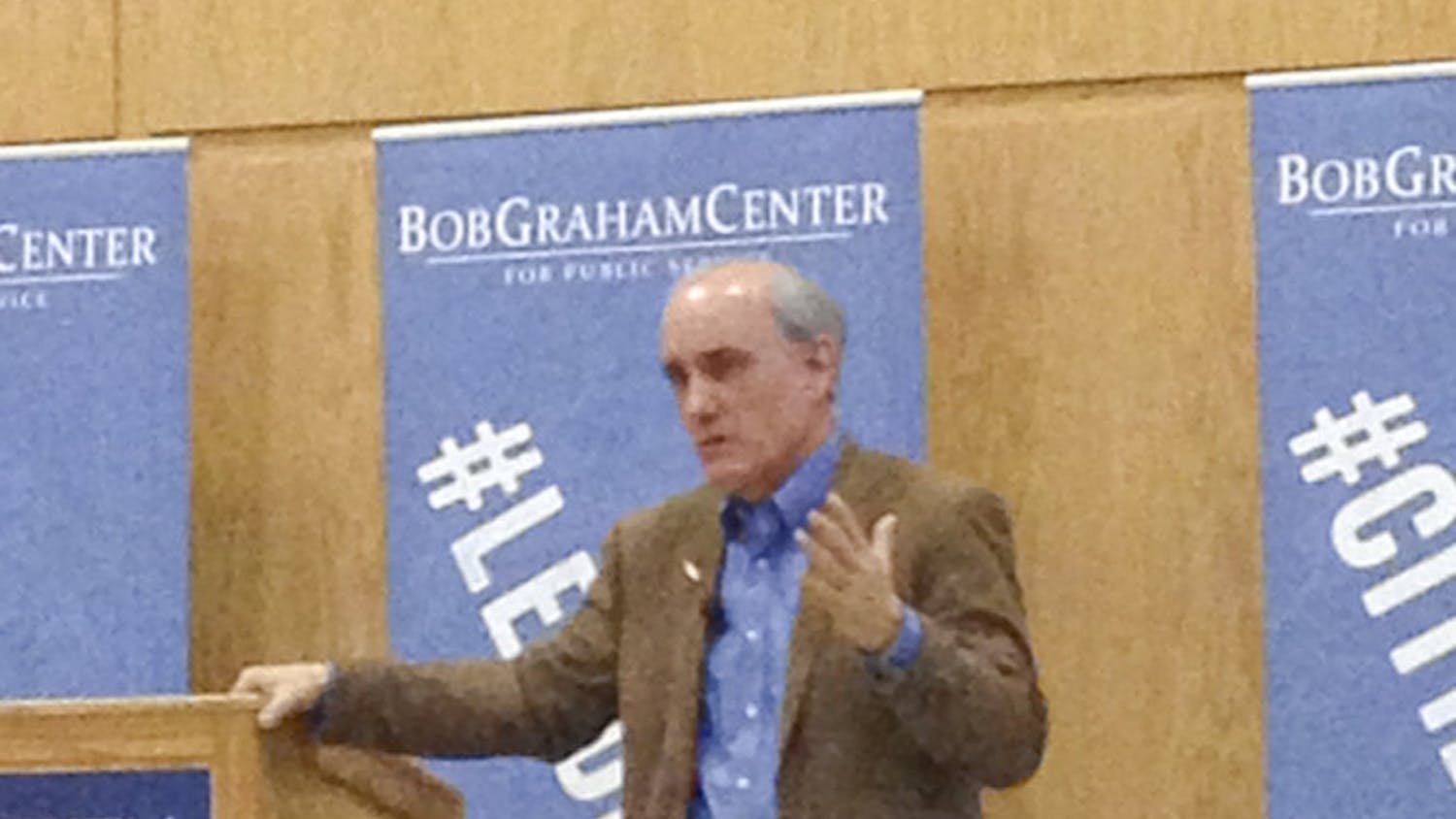 ‘There is no meaning to life:' Speaker discusses atheism, meaning of life

Column: With the dominance of Abrahamic religion, atheism is important too