If the police come, she’ll call her lawyer. She’ll send her friend to care for her store. She’ll have her partner care for her cats, dogs and chickens.

Drawdy, 45, and her partner, Kat, own Earth Pets, a Gainesville pet store that not only sells soy dog collars and organic pet treats, but it also shelters homeless kittens in a community kitten therapy room.

But the emergency arrest plan is for a product she sells, called CannaVet, formerly known as Canna Companion during the summer.

CannaVet is an herbal supplement for pets with problems like anxiety, seizures and allergies. The problem lies in its main ingredient: hemp.

Hemp is from the cannabis plant, a variation of which is the marijuana smoked recreationally, medically and illegally nationwide. Hemp is used for industrial purposes like rope; it doesn’t get users high.

Hemp sale, not production, is federally legal. But after a 1979 law passed in Florida, it’s illegal within state lines. However, products like hemp milk, seeds and bracelets are still seen on shelves statewide. Some critics call this selective enforcement.

But getting law enforcement to respond to that criticism, or comment on this story, has been impossible:

•  Bill Cervone, the state attorney for the eighth judicial circuit — which covers six counties including Alachua — declined to comment on behalf of his office.

•  The Florida Sheriffs Association did not respond to multiple requests for comment.

Drawdy doesn’t consider herself a marijuana activist. Instead, she describes herself as a pet activist.

She first discovered CannaVet after searching online for a solution for her dog’s seizures following the severe side effects, like liver damage, of a medication her dog’s veterinarian prescribed.

Iggy, a staghound Afghan mix, would shake and panic up to 10 times a day.

But since Iggy’s been on the CannaVet supplements, her seizures dwindled and eventually went away.

“There are literally zero side effects,” Drawdy said. “My dog’s not drugged up. She’s not high. She doesn’t feel weird. I just loved it.”

The trouble began when she made a Facebook post announcing the new product, which she touted as “100% legal” cannabis for pets.

She was at the beach with her dogs and family when reporters started calling.

Worried, she called GPD. Officers told her they saw her Facebook post and were considering sending an undercover officer to buy the product and test it for THC, which stands for tetrahydrocannabinol, the active ingredient that gives users a euphoric “high.”

Any amount of THC classifies a product as marijuana and can make the owner vulnerable to arrest.

Drawdy called in her lawyer, Dean Galigani, who practices in Gainesville. They sent supplements to the state attorney’s office, and composition test results came back positive for the chemical.

“Sale at your own risk,” he wrote. “It is FDLE’s opinion that the product tested positive for THC and therefore is illegal. We can not offer you any further information.”

Drawdy panicked. She took CannaVet off the shelves, worried about putting her employees and her friends at risk.

But Drawdy didn’t want to give up on her pets and the other animals who rely on the product to manage pain. She called the main players: the Drug Enforcement Administration, the Department of Justice, Florida representatives, the Florida Department of Law Enforcement, the Florida Cannabis Action Network and even Publix, because it sells hemp milk.

She finally made progress with the state attorney’s office.

Working with investigators, Drawdy had her product tested twice more, and both times the quantity of THC was so low it did not register in the test.

At this point, Cervone told Drawdy that if she were arrested, his office wouldn’t pursue the case. He wrote his cell phone number on a business card and gave it to Drawdy “in case of a raid.” It hangs in a laminated pouch in her office, an easy reach next to the door.

Drawdy still speaks with Sheriff Darnell about her doubts of the legality of CannaVet.

Despite the fact that Drawdy offered samples and research to prove CannaVet couldn’t get users high, she said Darnell refused, saying that simply because the product contains cannabis, it’s illegal.

“If they find out it has THC, they can arrest her for that,” Galigani said, “whether the prosecutor would go forward with that in a formal prosecution — they’ve indicated they would not.”

When State Attorney Bill Cervone declined to comment on this story, he did so “as the matter is one that could be before us at some point.” He did not indicate whether he would pursue it.

To David Jones, the communications director for the Florida Cannabis Action Network, the issue lies in the disconnect between Florida’s law and federal law.

It comes down to a 1978 Florida Supreme Court case. Before the case, cannabis was illegal in Florida except for the parts of the plant that were processed into hemp — the seeds and stems.

In 1978, a man named John Lee Purifoy used this exemption to his advantage. He was convicted of possessing more than 5 grams of marijuana — a felony conviction at the time. Officers weighed his weed in at 7.05 grams, and he was sentenced to three years in prison, according to court records.

Purifoy fought the charge, arguing marijuana stems were legal and therefore didn’t count. Police separated the stems from the seized weed and found the remaining parts of the plant weighed less than 5 grams.

The court ruled in Purifoy’s favor, and his conviction was voided, according to an Associated Press article from 1978.

Law enforcement agencies were frustrated by the result of the case, according to a 1979 United Press International article, because they said it’s impossible to separate stems from seized marijuana, especially when they seize a large amount.

So the legislation passed a law that both changed the marijuana felony possession amount to 20 grams and struck out the “seeds and stems” exemption.

“That’s not a loophole,” Jones said. “That’s just selective enforcement of prohibition. To me, that is one hand not speaking to the other.”

But he doesn’t blame law enforcement agencies for doing what they’re supposed to do — enforce the law.

“They’re trying to do their job with their hands tied,” he said. “It all gets pointed back to these lawmakers.”

Until the laws change, business owners like Drawdy are operating in a gray area, he said.

That’s why his organization wrote and supports the Hemp Industry Development Act, a Florida bill that would once again legalize hemp sale and production.

Senate Bill 902 has already sailed through all but one committee. Its sister bill in the house — House Bill 363 — is at a dead stall. This isn’t the organization’s first attempt at changing marijuana laws.

A version of the hemp bill in the last session morphed into the Charlotte’s Web legislation, which legalized a specific strain of medical marijuana for patients with certain illnesses. Currently, the group has their eyes on 10 bills involving the spectrum of uses for marijuana.

“If you believe that medical marijuana is just smoked or hemp is just rope, you’re so far off the mark,” he said. “That’s so 1990s.”

Until the law changes, Drawdy said she’s holding her breath. Even though she’s mostly confident she won’t get arrested, she still occasionally wakes up in a cold sweat and runs to the store to tear the skunky smelling supplements from the shelf.

But she always puts them back.

Kat Drawdy, 44, holds up a package of Canna Companion, a hemp-based supplement for pets. Drawdy and her partner, Joy, own the local pet store Earth Pets. The sale of the product touched off a controversy over the legality of hemp in Florida. 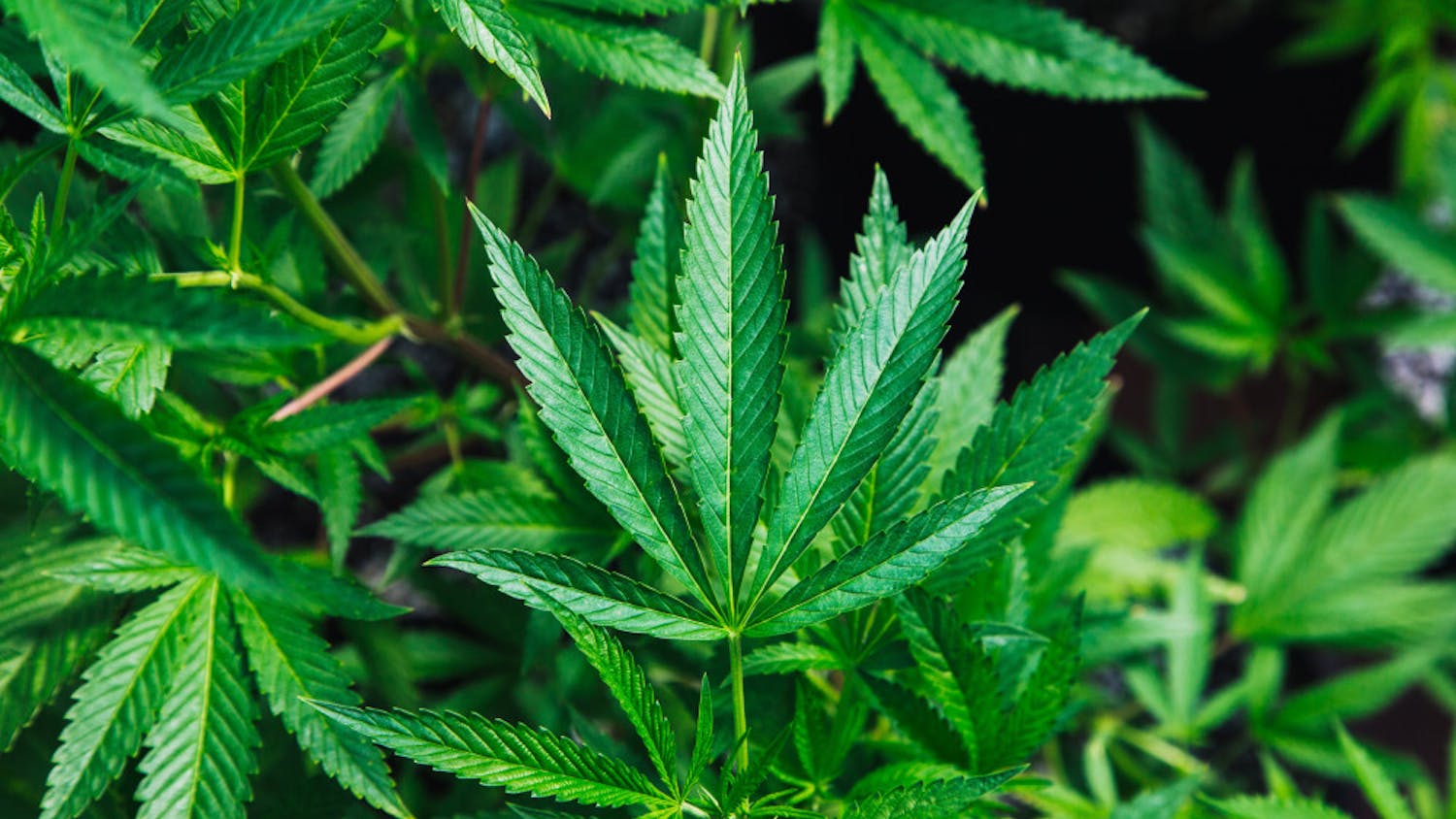