Savannah Jordan is the NCAA’s active leader in career goals scored, a three-time All-American, and as of Sept. 1, was one of only nine Division I players to have at least 12 points this season.

On Sunday, she showed why.

The senior’s skillset was on full display in the No. 5 Gators’ 7-2 road victory over unranked Oklahoma State, as the forward scored two goals and notched two assists.

She led a Florida offense that scored seven goals in the second half — the most in a single half of action in program history.

“It was the tale of two halves for sure,” Florida coach Becky Burleigh said in a release.

“We talked at halftime about being patient and doing what we needed to do to get them out of the shape they were in. I thought we did a pretty good job of that.”

Jordan has six goals and six assists this season for a total of 18 points. She is only one assist shy of matching her 2015 total of seven assists with 12 regular-season matches still to play.

Aside from Jordan, sophomores Mayra Pelayo and Melanie Monteagudo both scored twice, and freshman Kit Loferski tallied the first goal of her collegiate career.

Defensively, Florida (4-1) held its opponent to two scores or less for the fourth time in its first five matches.

Sophomore goalkeeper Kaylan Marckese recorded five saves en route to her fourth victory of 2016. Marckese has played every second in net for UF so far this year.

Next, the Gators continue their road trip when they travel to Lexington to face Kentucky on Thursday at 7 p.m. to open Southeastern Conference play.

Following Sunday’s win over Oklahoma State (2-3-1), Burleigh said she felt the Cowgirls provided Florida a similar challenge to what can be expected from UF’s upcoming conference matches.

“This was a really good game in preparation of SEC play,” Burleigh said. “We’ll see some similar styles in terms of the SEC and we’ll see similar tactics.” 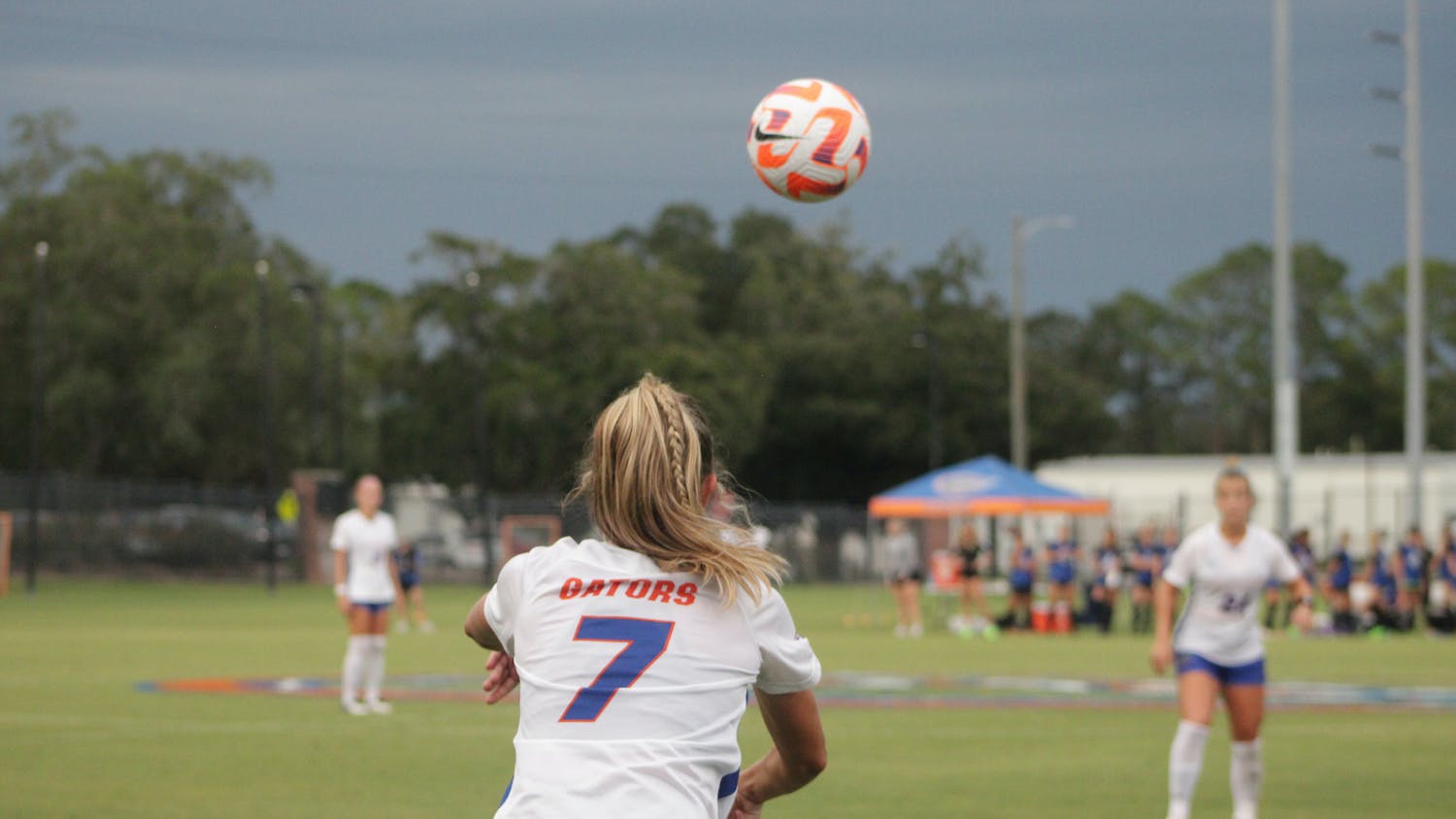