“Old Joe,” a statue of a Confederate soldier, isn’t standing on solid ground.

On Tuesday, Alachua County commissioners postponed their decision on whether the statue will remain where it stands or move from its spot on the corner of East University Avenue and North Main Street.

The location of “Old Joe” has been discussed since July 2015, according to Alligator archives. Activists argue that the statue is a reminder of a racist southern culture and doesn’t belong downtown.

On Tuesday, commissioners debated in front of an audience of 30 whether “Old Joe” should be moved or if its plaque — placed with the statue in 1904 — should be replaced.

The plaque currently reads, “They counted the cost and in defence of right they paid the martyr’s price.” County Commissioner Robert “Hutch” Hutchinson said the plaque,

not “Old Joe,” is offensive.

Hutchinson said he hopes private funds can be raised to move the statue to Veterans Memorial Park and add a plaque that explains the statue’s historical meaning.

Hutchinson said he will wait through the meetings and debates until the commission comes to the right decision.

“I can be very patient,” he said. “It’s been sitting there since 1904. There’s obliviously no rush.” 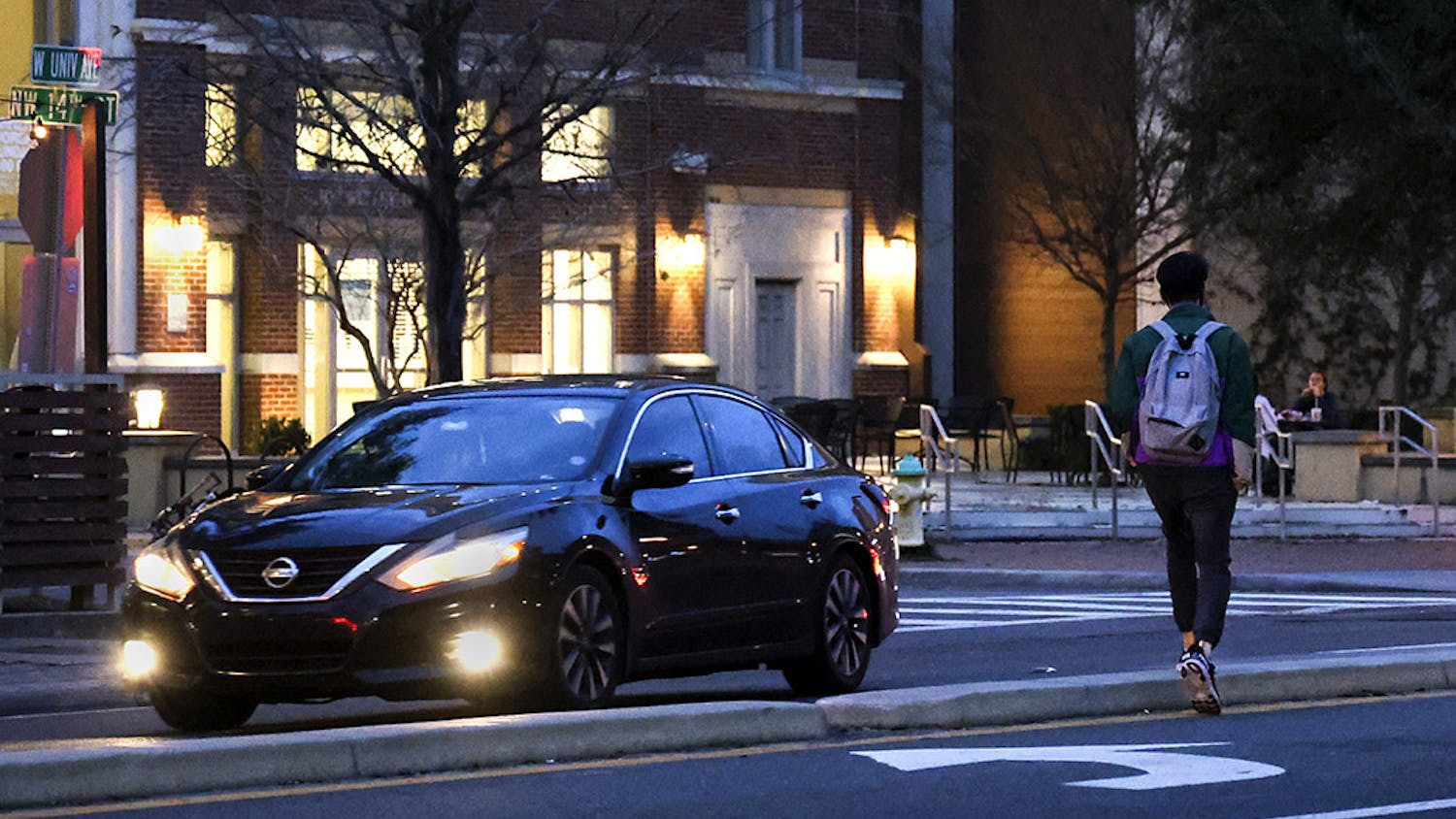