Brent Smith imagined Wyatt’s Coffee as a place for coffee connoisseurs and rookies to feel welcomed.

The cafe was once located in Midtown but due to parking limitations, they decided to relocate downtown, Smith, the retail operations director for Hyppo LLC, which owns Wyatt’s, wrote in an email. After 16 weeks of construction, it held its soft opening Friday at 202 SE Second Ave.

Wyatt’s will continue training its staff in preparation for its grand opening scheduled Feb. 23, Smith said. While most of the grand opening details are still to be announced, free coffee will be given to those who follow or like the cafe on social media.

The cafe will also introduce a new line of espresso drinks and plans to serve alcoholic drinks in the future, Smith said.

Smith said Wyatt’s will serve its regular drip-brew coffee, tea and their Japanese-method cold-brew coffee, which is coffee brewed with hot water then immediately chilled in an ice-bath via copper tubing.

Sarah Yoderwent went to Wyatt’s for the second time Sunday and sipped on a cold-brew coffee. The 21-year-old UF nursing senior said she works at Pascal’s Coffeehouse, but the two cafes have different flavors of drinks — Pascal’s tends to be sweeter and lighter.

“The coffee here is a lot bolder,” she said. “It’s for a deeper palette.”

Enjoy what you're reading? Get content from The Alligator delivered to your inbox
Subscribe Now
Support your local paper
Donate Today
The Independent Florida Alligator has been independent of the university since 1971, your donation today could help #SaveStudentNewsrooms. Please consider giving today.
Popular
One dead after crash on West University Avenue
Trask heads to Tampa
Gators score five runs in sixth, rally back to defeat Tigers
Florida ends regular season with championship season right around the corner
Gators lose top-15 series opener to Vandy
Tweets by TheAlligator
Calendar
No events at this time.
Submit an event
More 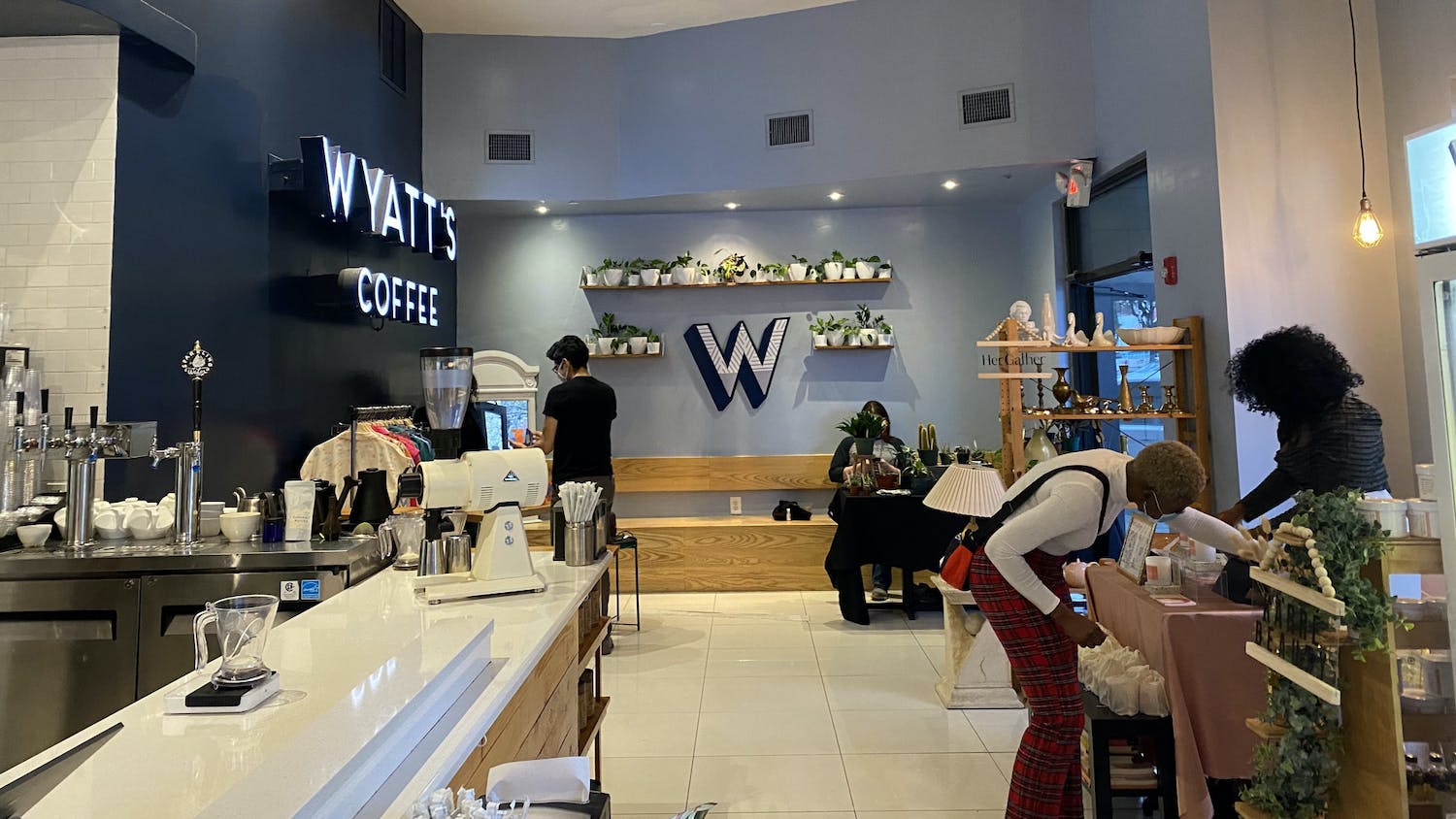