The 20-year-old was one of about 400 people who stopped by UF’s Islam on Campus’ Islam Fair from 10 a.m. to 4 p.m. at the Plaza of the Americas. It will continue today during the same timeframe. The event has been held since at least 2011, said Sana Nimer, Islam Appreciation Month Chair. But this year, the organization wanted to focus on the theme of community in politically divisive times.

“I feel like it is really easy for us to kind of point fingers at each other,” Nimer said. “This is a time for us to come together instead of being pulled apart.”

It is the organization’s biggest event for Islam Appreciation Month, said Daniel Khokhar, the Brothers’ Coordinator of Islam on Campus.

New events included, an activity called, “Have You Heard?” where verses from the Quran are played for students to hear, Khokhar said. Another activity allowed participants to throw darts at any country on a map and learn a fact about its Muslim population.

“We are all connected through the university or through humanity itself,” the UF applied physiology and kinesiology sophomore said. “We are all human beings.”

Adam, a UF women’s studies and African American studies junior, said she doesn’t affiliate with any religion but grew up Catholic. She is Asian and Brazilian, and said she wanted to understand Islamic-culture, especially during the time of President Donald Trump’s controversial immigration laws.

“People are not sympathizing or not even seeing Arabic immigrants as people,” she said. “They’re seeing them as a threat.”

Students gather in Plaza of the Americas for UF’s Islam on Campus’ Islam Fair on Monday afternoon. The event featured free calligraphy, free, henna and free food, with the goal of educating students about Islam. 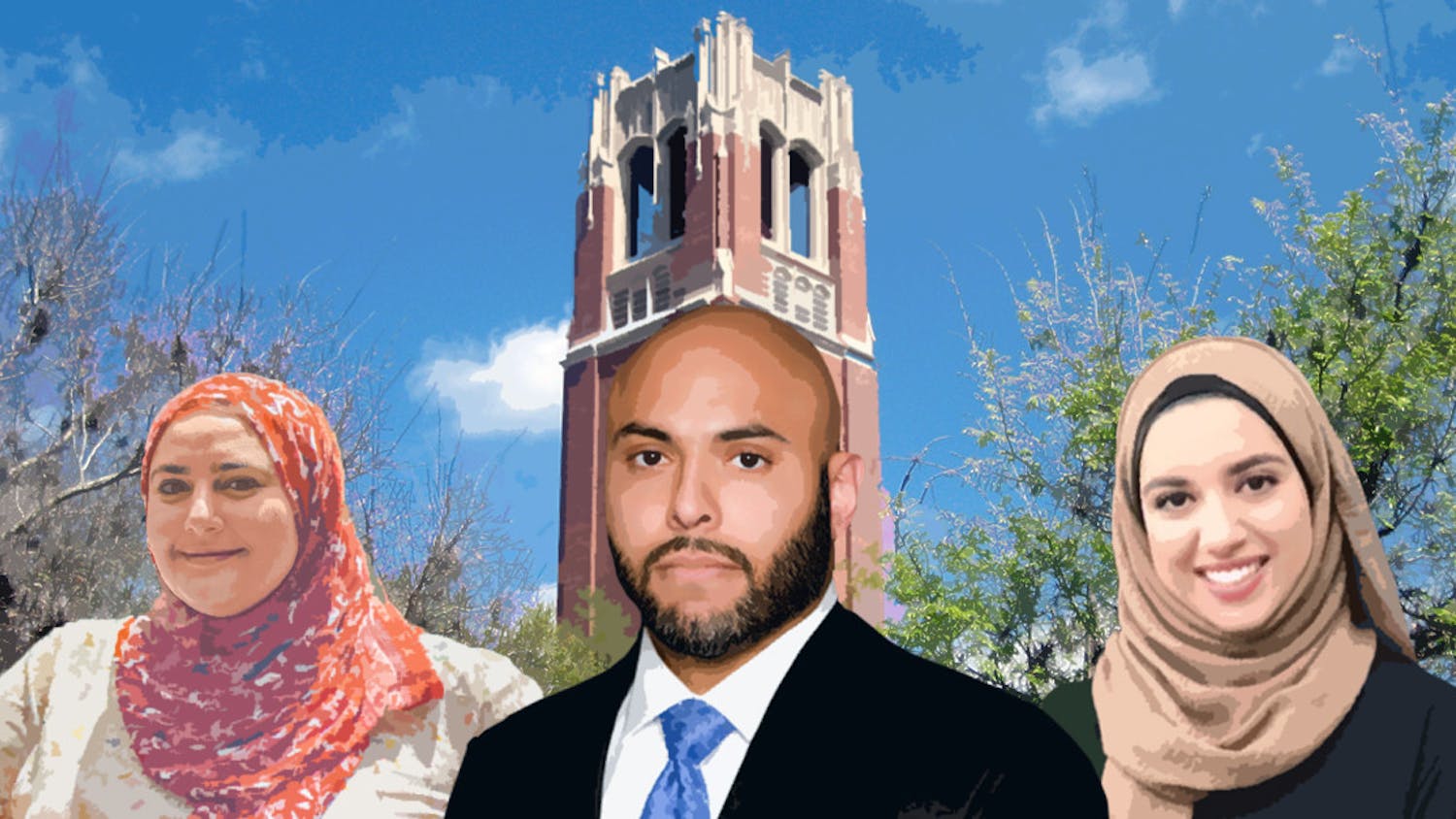