‘One of the brightest minds out there’

Zach Huang planned to ask one of his best friends and on-and-off crush Carmen Schentrup to senior prom, but not before texting her to see if she was OK with it.

The two knew each other since middle school, when Carmen moved to Parkland in 2012. They became friends as sophomores at Marjory Stoneman Douglas High School when added to a mutual group chat. Then, they started hanging out with friends.

Together, they picked up a habit of watching and laughing at the worst-rated movies they could find or some of Carmen’s picks, like superhero movies or “Star Wars,” despite her dislike for the most recent one — “Star Wars: The Last Jedi.”

Carmen had an unusual skill of perfectly predicting endings and cliche dialogues in movies, Huang said.

On Feb. 14, they walked together after lunch to third period and exchanged their usual sarcastic banter before splitting up with a funny yell of “Goodbye!”

It was the last time Huang would see her.

During her last period, AP Psychology, a shooter shattered the window of Carmen’s classroom on the first floor of the freshman building, said her father, Philip Schentrup. He said authorities told him the accused gunman stuck the barrel of the gun through the window and shot rapidly and randomly.

Four bullets struck Carmen, taking her life a week before her 17th birthday.

At the end of the 6-minute shooting, 17 lives were taken and more than a dozen were injured.

Just five days earlier, Feb. 9, Carmen received a letter from UF. She was one of 14,866 accepted.

UF was one of her options — she was still waiting to hear back from the University of Washington — where she wanted to pursue her dream of being a medical researcher. She wanted to find a cure for Lou Gehrig's disease, also known as amyotrophic lateral sclerosis or ALS, a disease that took one of her relatives and one of her piano teachers.

Halfway through first grade, she skipped to second grade. She vigorously played piano and read books. She maintained being a straight-“A” student. She learned German fluently enough through mobile apps to act as a translator for her family’s trip to Germany, which she planned herself.

Carmen knew she was a semifinalist for the National Merit Scholarship. Her congratulation letter naming her as a finalist came a day after she was killed.

“She was the kind of kid who you didn’t have to push,” Philip said. “She would do things all on her own.”

Before news broke of the shooting, the Schentrups’ youngest daughter, Evelyn, sent her mom a text saying she was OK.

April, the principal of nearby Pembroke Pines Elementary School, didn’t know what it was about. She started calling the school board and everyone she could until she realized there was a shooting at her children’s high school. Carmen wasn’t answering.

Huang drove from hospital to hospital to try to find her. After hours of searching, he found himself in the nearby Marriott hotel with other friends of Carmen as everyone waited for information.

Around 2 a.m., Carmen’s mother walked up to him. The FBI just told them Carmen was dead, she said to him.

Philip said he just cried uncontrollably. He went home to tell Evelyn. He then called Robert, his 18-year-old son in college.

“You don’t cope,” Philip said. “You just struggle to get up.”

A friend’s father had to drive Huang home after he slammed his fist into a pole and shouted out in frustration. When he got home, he couldn’t go inside. He threw his phone into the bushes and ran. He sat on top of the sign leading into his neighborhood. He went back to retrieve his phone and sat on the sign again. He started typing. He wanted to remember what happened that day. What happened to Carmen.

After hours of sitting outside, he laid in bed but couldn’t sleep. He would never see her again.

“One of the brightest minds out there is gone forever,” he said.

‘I was just so lost’: Gainesville residents look for change amid recent mass shootings 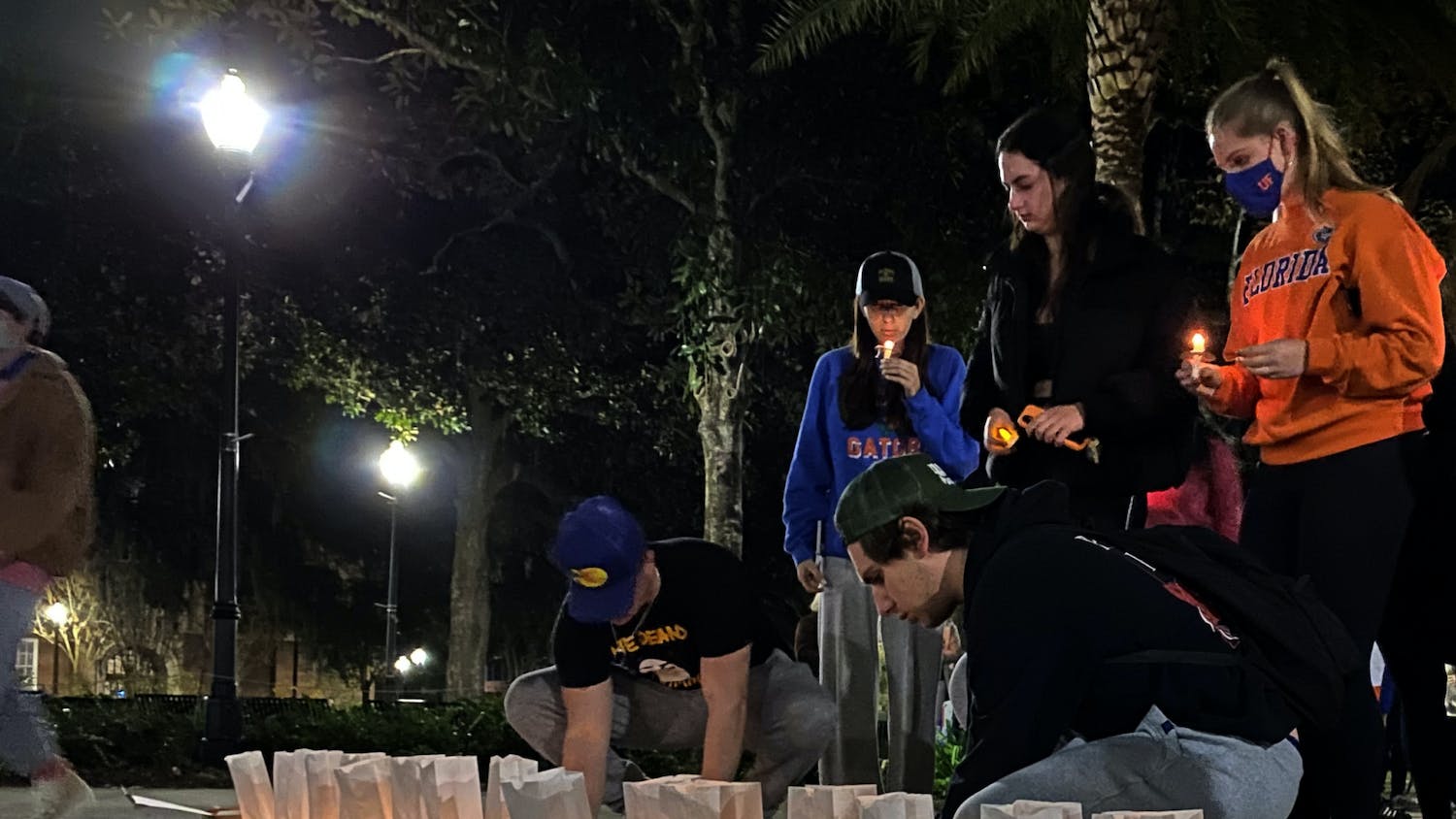