No joke: UF to forgive parking tickets for food donations

Editor’s note: This is not an April Fools’ Day joke.

Since the beginning of his tenure, UF President Kent Fuchs has made it a mission to leave students at the university confused on April 1st.

In 2015, he pretended to switch roles with former UF football coach Jim McElwain.

In 2016, he joked UF would merge with Florida State University.

But on Sunday, Fuchs made an announcement that broke his streak of pranks.

In a 38-second video, Fuchs announced UF would have an amnesty program for parking fines.

“For many years, parking tickets have been a source of contention between the university administration and our students, staff, faculty, alumni and visitors,” he said in the video. “And today, I’m calling on Scott Fox, the director of Transportation and Parking Services to create, by tomorrow, a program that will allow the past 12 months of parking tickets to be forgiven.”

Scott Fox, director of transportation and parking services, confirmed the details to The Alligator.

The “Food for Fines” program will apply for all unpaid parking citations issued by the UF Office of Transportation and Parking Services between April 1, 2017, and Sunday, April 1.

“We know people don’t like receiving parking tickets. We also don’t like issuing them,” Fox said. “We do it reluctantly, and we do it as our duty because we need to maintain some sort of order on our campus.”

The program works like this: Any person with an unpaid parking ticket needs to donate five food items or other supplies listed on the Field and Fork Pantry’s wish list to the Parking Services office, located at 1273 Gale Lemerand Drive, any time before 5 p.m. Friday. Items can be dropped off any time between 8 a.m. and 5 p.m.

Some items that can be donated include toiletries, canned and boxed nonperishable food, baby formula and diapers.

There is no limit on the number of tickets that can be covered by the program, as long as participants bring in five items for each. It also applies for anyone who is in the process of appealing their parking ticket. But individuals who have paid off the ticket cannot be reimbursed.

The Parking Services office doesn’t rely heavily on parking fines for revenue and doesn’t plan on having the costs of fines covered by the program reimbursed to it, Fox said. As of March 15, 12,145 citations have been issued since April Fools’ Day 2017, he added.

Fox said he’s looked at other places where similar food-for-tickets programs have been successfully implemented. Ultimately, he said, the food drive will help the food pantry and help others save money.

“This is a way for members of the university community to satisfy parking tickets and save some money in the process,” Fox said. “We think it’s a real win for everybody.”

“Don’t toy with me UF I’m emotional,” one student wrote. Another posted a screenshot of more than 30 unpaid tickets from Fall and wondered if he’ll be reimbursed.

In the video, Fuchs only offered a sly grin before signing off.

“It is great to be a Florida Gator.” 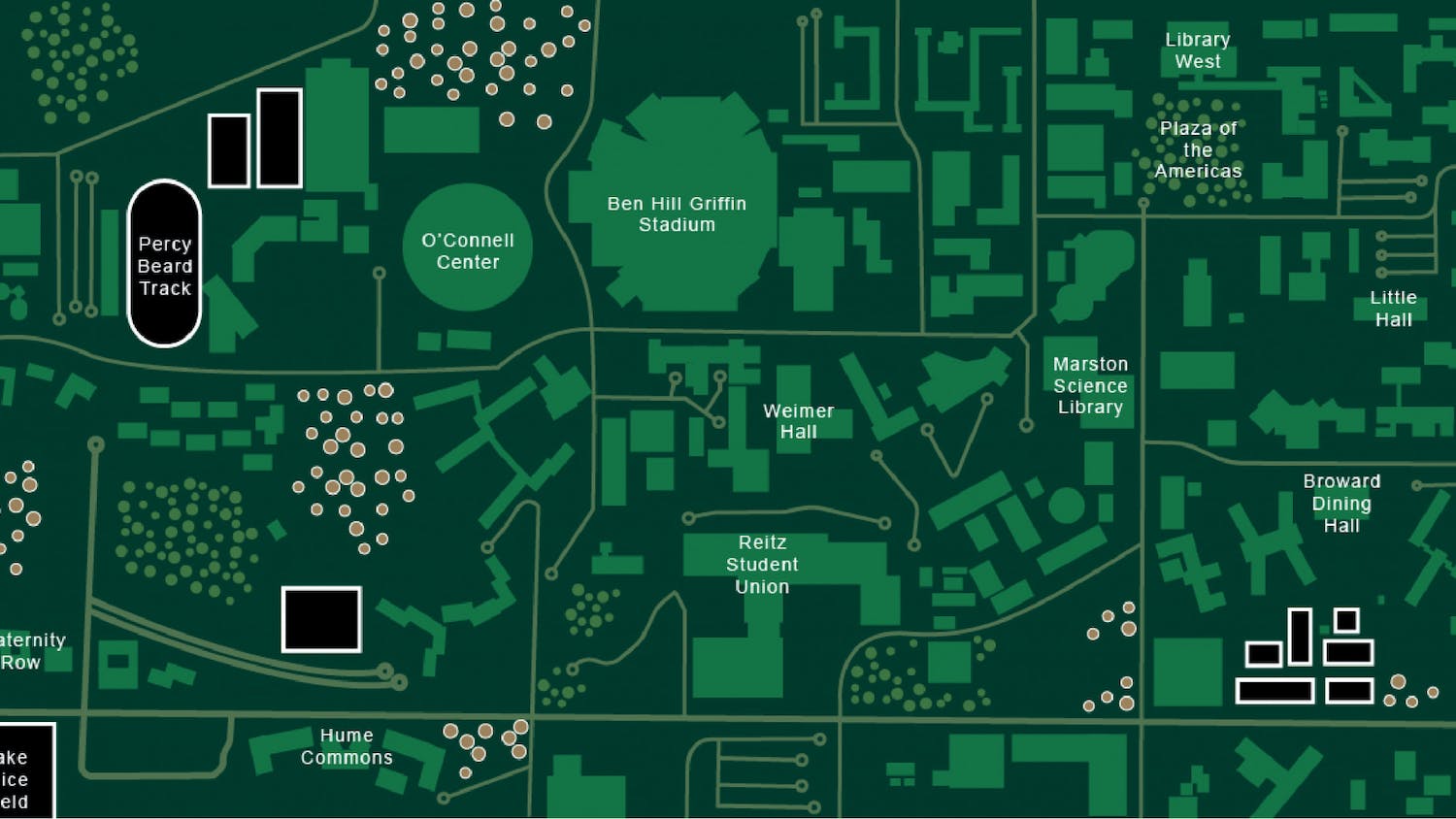