All Jack Leftwich could do was watch as Georgia left fielder Keegan McGovern’s 3-run homer sailed over the scoreboard in right field.

The Sunday starter already put two Bulldogs runners on base in the third inning after letting up back-to-back singles, trying to keep the Gators baseball team’s 1-0 lead intact. But as McGovern’s shot landed on Stadium Road, Florida’s lead, and it’s momentum, disappeared.

En route to a 4-1 win on Sunday to avoid a series sweep at McKethan Stadium, Georgia (35-16, 16-11 SEC) took advantage of a lackluster performance from UF’s bullen, racking up 10 hits across five pitchers.

“It was a good learning experience for Jack (Leftwich),” Florida coach Kevin O’Sullivan said. “You just want to avoid the situation where your best hitter comes to the plate with a couple runners on.”

Leftwich, the freshman righty, started the game off strong, striking out three batters and letting up just one hit in the first two innings. The Gators (41-12, 20-7 SEC) even added a run in the bottom of the second inning off second baseman Blake Reese’s RBI groundout to the shortstop.

The third inning is where it fell apart. McGovern’s home run quickly gave Georgia a 3-1 advantage. In that frame, Leftwich gave up four consecutive hits, three of which were singles.

The Bulldogs added another run in the fourth following an RBI groundout to the shortstop by C.J. Smith. Leftwich walked the first batter of the inning before allowing two more singles.

He started the fifth inning, and after allowing two more hits and recording two more outs, Leftwich was pulled for reliever Andrew Baker.

Leftwich finished the day letting up nine hits and four earned runs through 4.2 innings of play. He also had five strikeouts.

“I thought he started out fine,” O’Sullivan said. “Unfortunately for us, McGovern had an opportunity there to hit a three-run homer. That was the difference.”

Baker provided two solid innings of play, giving up just one hit while striking out two batters. He was taken out in the seventh for Hunter McMullen, who was immediately replaced by Jordan Butler after hitting the only batter he faced.

Butler got out of the inning, allowing the Gators to bring in Michael Byrne to finish the game, but the damage had already been done.

While Florida struggled on the mound, its bats couldn’t bail UF out.

Despite the quiet bats, Florida struck first on the scoreboard. In the bottom of the second, Dalton walked and Langworthy singled to put runners on first and second. Both Dalton and Langworthy stole bases when catcher/first baseman Brady Smith struck out on a full count.

When Reese grounded out to shortstop, it allowed Dalton to race home for the first run of the game.

No Gator would make it to third base after that.

Florida popped up three times in the bottom of the ninth, ending the game and closing the door on a sweep of the Bulldogs. The Gators still clinched the series after taking the first two games on Friday and Saturday night.

Now the Gators will rest before taking on Mississippi State in Starkville, with game one starting at 7:30 p.m. on Thursday.

“We’re an older group,” O’Sullivan said. “There’s still a lot to play for. I would expect us to keep out edge. I don’t think that should be an issue at all.”

Coach Kevin O'Sullivan successfully dialed-up a gimmick steal play in the Gators' win over the USA 18-U team. 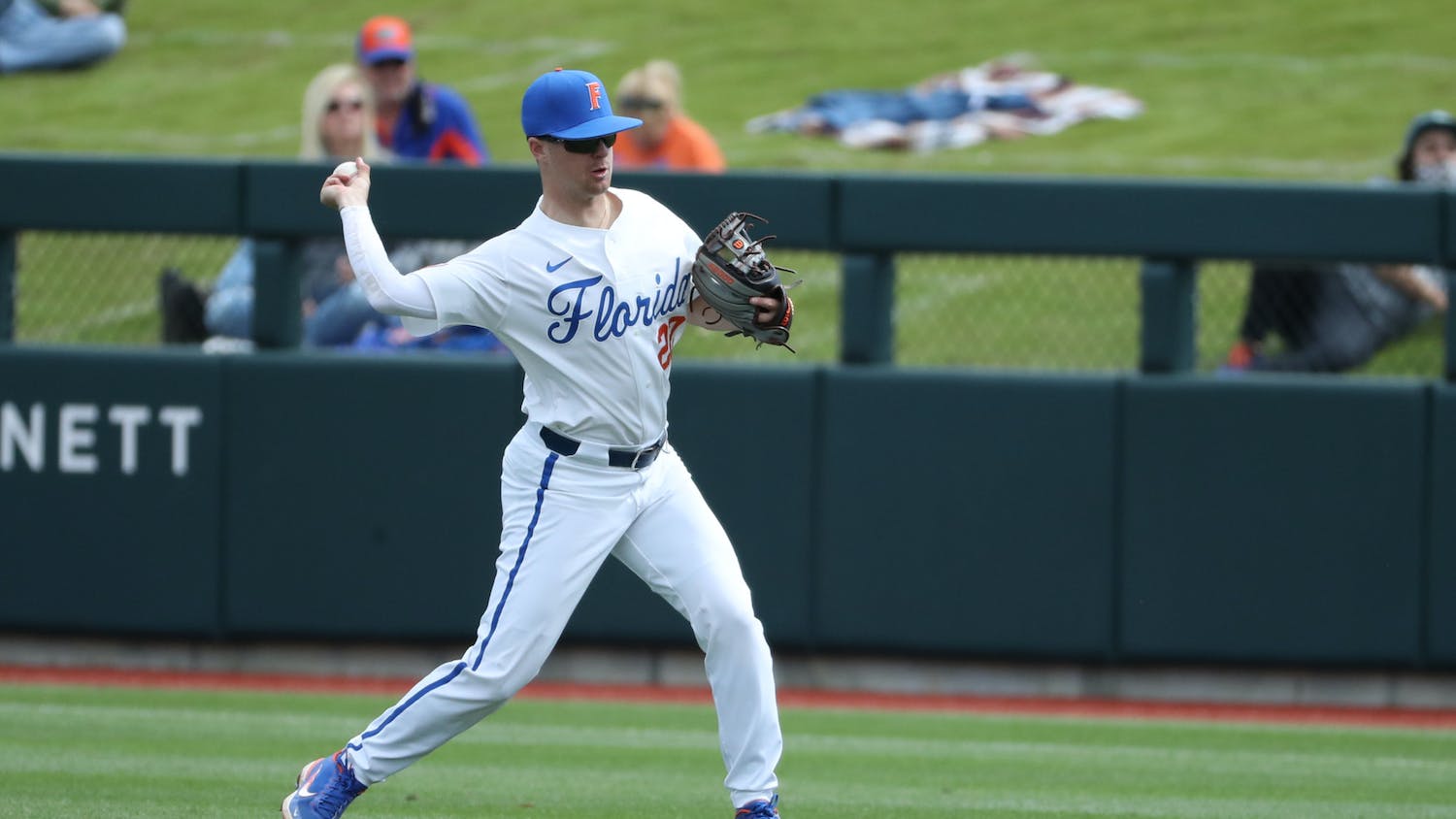 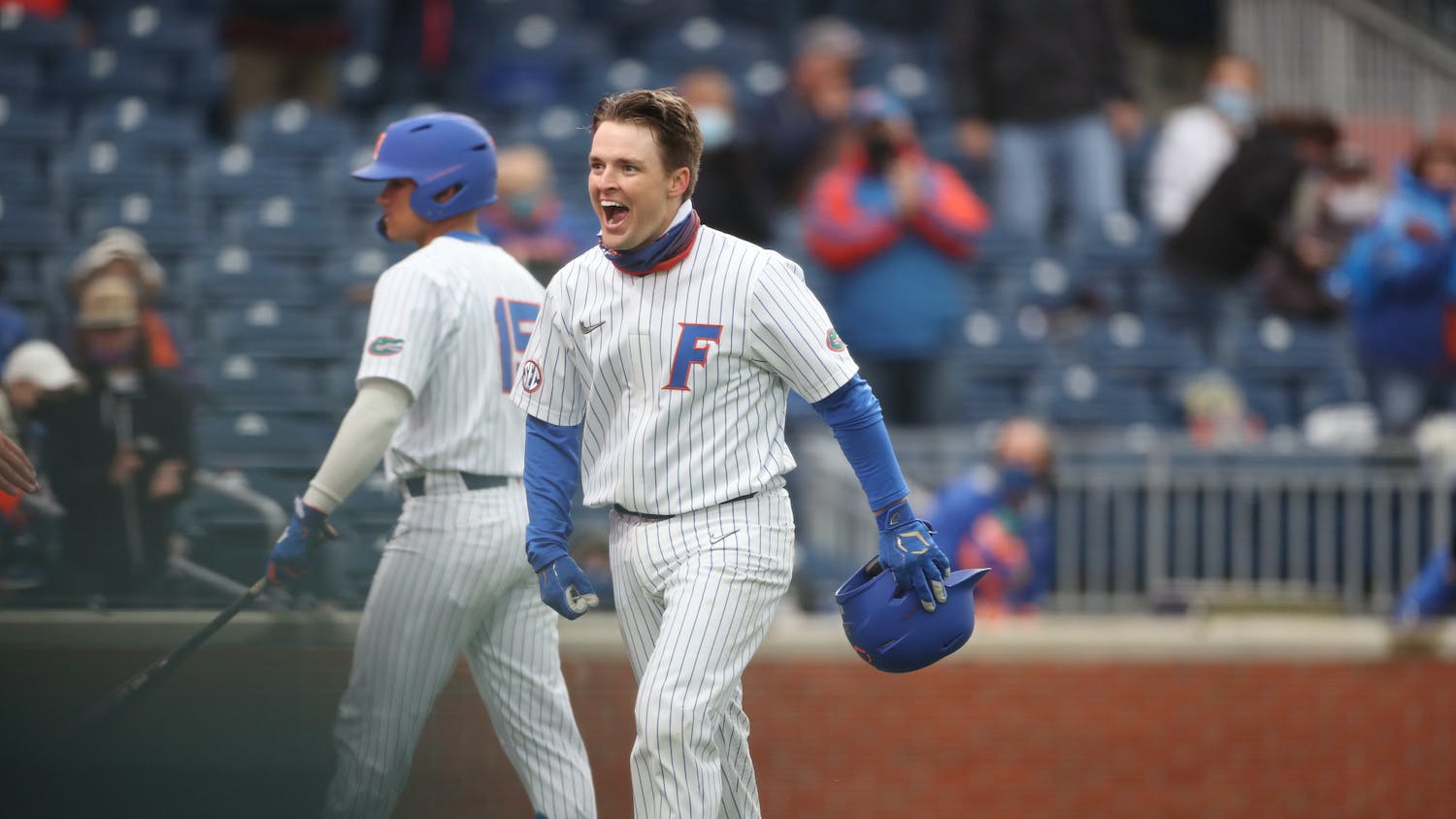