Three storylines to follow when UF opens its regular season

It has been 29 years since the Florida Gators lost a home-opener, and this year should be no different.

When Charleston Southern comes to Gainesville for a 7:30 p.m. showdown in the Swamp on Saturday, it will realistically be a showcase game where the team can show the changes it has made over the past year. After all, the Gators are 39-point favorites.

Even with the big lead, there are still many storylines to follow before Florida takes the field to open the 2018 season.

How much has Feleipe Franks changed since last year?

UF coach Dan Mullen announced on Monday that incumbent quarterback Feleipe Franks will be the starter for the Charleston Southern game, and most likely in the SEC-opener against Kentucky next week as well.

“A lot of it we felt Feleipe and some of the ability to extend plays right now will give us the best opportunity to win games,” Mullen said.

Anyone who watched the Gators last season might not agree.

Franks played in all 11 games and started in eight, but was pulled in a few in favor of Luke Del Rio and Malik Zaire. Injuries to both quarterbacks put Franks back in a prominent role. He threw nine touchdowns on the year, but matched that with eight interceptions.

It’s a new year and a new coach, so the troubles that plagued the Gators might be over. We’ll just have to wait till Saturday.

“I have a lot of ways to go growing as a player, growing as a quarterback,” Franks said. “But I think coach Mullen and coach Johnson are doing a good job of moving that along a little quicker than what I was doing myself, so it’s going good.”

How will Mullen fare in his first game in a semi-different environment?

To say semi-different is a bit of a stretch.

Mullen was the offensive coordinator at Florida during the Urban Meyer (2005-2010) years in which the Gators won two national titles.

But he was never running the team. That is, until now.

Inheriting a team with players that aren’t his, Mullen and his team will look to make a strong showing against Charleston Southern. Luckily for him, the Buccaneers are a familiar opponent. Mullen played against them last year in the season-opener when he was the head coach of Mississippi State.

“Interesting deal getting to play Charleston Southern,” he said. “Second year in a row opening up with them for me, as a staff, not the team here but for our coaching staff. So it’s a different, it’s a unique deal.”

Florida coaches are 19-7 in their season debuts, and with the Gators riding a 28-game home-opener winning streak, expect Mullen to add to those numbers.

Who will replace Eddy Pineiro?

The real question is “Who are Gators fans going to chant for on fourth downs?”

With Pineiro in Oakland after signing with the Raiders, the Gators were left with a huge void at kicker. Two people are fighting for it, and we mostly likely won’t know who won that battle until the opening kickoff.

The first one vying for the spot is redshirt-senior Jorge Powell, who was in the starting role in 2015 and played in four games before a season-ending injury took him out. He’s been in the back-up role ever since.

The next is freshman Evan McPherson. He was ranked as the No. 1 kicker of the 2018 class according to both Rivals and 247sports.

According to the latest depth chart, both are tied for the lead. 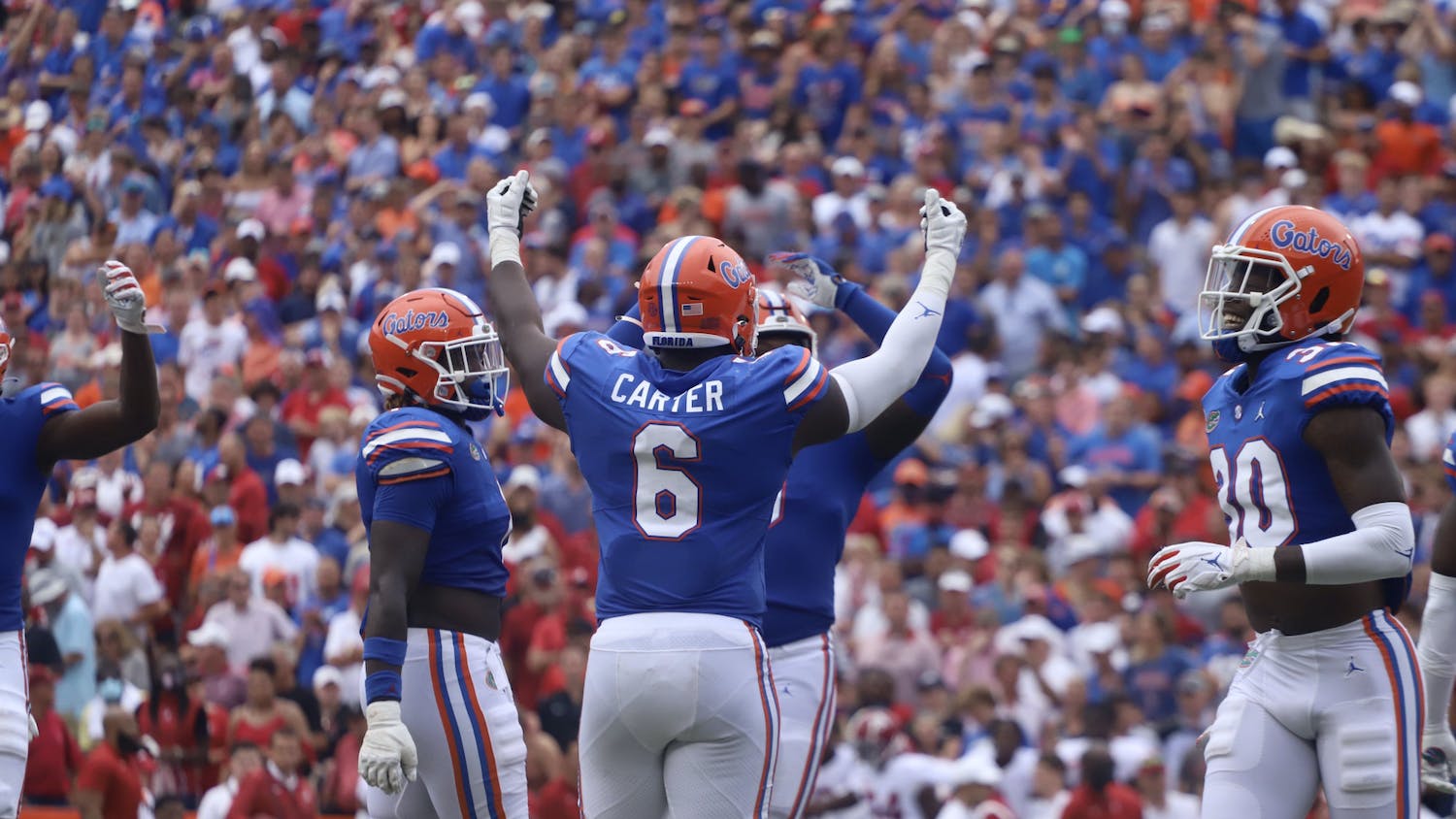