The Gators played their second game in under 48 hours, but that didn’t seem to affect them.

No. 4 Florida defeated the Scotland National Team 32-1 in an exhibition game at Donald R. Dizney Stadium on Saturday.

This was the second meeting between the two teams in the history of UF women’s lacrosse. The Gators hosted the Scots and beat them 27-1 in 2017.

UF dominated Scotland once again, who are ranked No. 5 in the world by the Federation of Lacrosse.

Florida’s potent offense was on display as it shot the ball 50 times, with 41 of those shots on goal.

Senior attacker Lindsey Ronbeck continued her hot start to the season with five goals and one assist.

Sophomore attacker Grace Haus scored four goals on the day, including one from the free position.

The Scotland National Team, meanwhile, had a difficult time shooting the ball.

Saturday’s game consisted of three 30-minute periods, with the first two played under NCAA rules and the last one under international rules.

International rules state that there be 10 players on the field for each team (instead of 12 for NCAA rules) and no shot clock. There is also a running clock, but it stops with every goal or whistle under the two minute mark of a period.

The friendly nature of the game, as well as the extra period, allowed coach Amanda O’Leary to get a feel for her backups.

Junior midfielder Lexi Bolton made an impact off the bench for the Gators, recording four goals and one assist.

Backup goalkeepers Sarah Reznick and Kenzii Kittell got their chance to protect the net after O’Leary decided to rest starting goalkeeper Haley Hicklen just 15 minutes into the first period.

Reznick, a 2017 US Lacrosse All-American, took over for Hicklen and recorded two saves in nearly 45 minutes of action.

Scotland’s only goal came at the 21:36 mark of the second period when Charlie Bergqvist fired a rocket past Reznick.

Kittell came in for Reznick to start the third period and recorded five saves of her own.

Lindsey Ronbeck scored five goals and one assist in the Florida lacrosse team's 32-1 win over Scotland on Saturday. 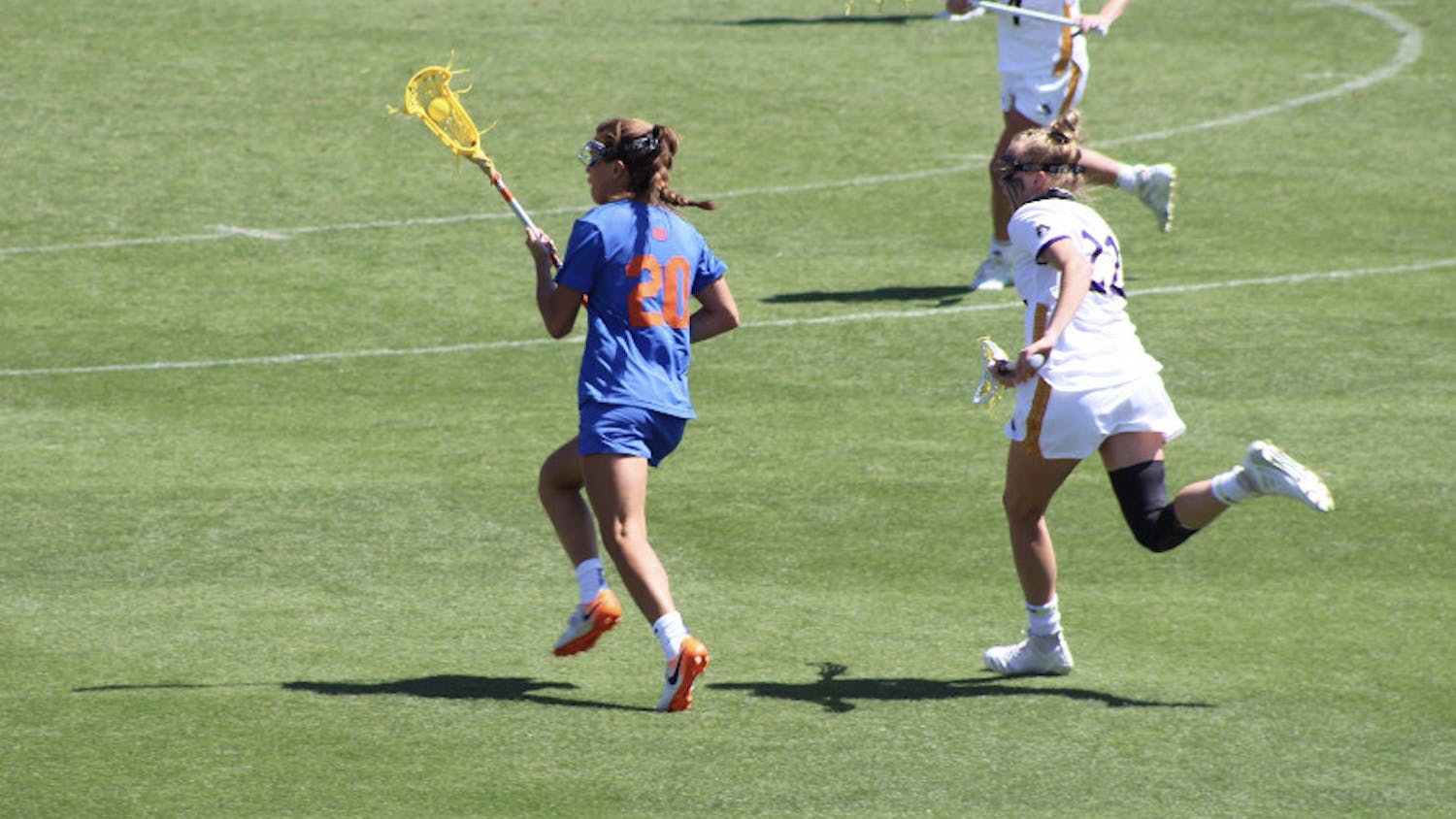