The system of checks and balances is as fundamental to the U.S. as the Constitution itself. However, in recent decades, the lines between the government’s branches have blurred. On Friday, President Donald Trump issued the first veto of his presidency, an act many presidents before him have used. This act is within his constitutional power, but what sets it apart from any other presidential veto is his manipulation of executive power.

The president asked for the funding of his border wall, but it was denied by Congress. He then wanted to use the National Emergencies Act of 1976, claiming a lack of border security as a national emergency. This act was also denied by Congress on Thursday in a rare agreement between both parties with a vote of 59-41 in the Senate. After the news of the denial broke, Trump responded in a short, but not-so-subtle tweet. “VETO!”

With his intentions clear, Trump used his power to veto on Friday, which will allow him to allocate $6 billion to his border wall. Whether or not you agree with the necessity of the border wall is a different problem entirely. The glaring problem with this veto is that it’s an overstep of executive power. What Trump did was constitutional, but it still feels wrong. Trump was denied twice by Congress (even with a red Senate) to approve the amount of money he wanted. It’s one of the first times in Trump’s presidency that even his own political party has denied one of his requests.

There are two major issues with Trump bypassing Congress: the declaration of emergency itself and the constitutionality of going against Congress twice. Trump’s use of the National Emergencies Act of 1976 has been controversial. When asked how the president can justify the use of the act, he stated that he’s using “many stats” from “a lot of sources” to make his decisions. However, according to U.S. Customs and Border Protection, most drugs seized from the southern border are found at ports by Customs officers, not by Border Patrol agents.

Trump intends to use $6 billion of taxpayers’ money to fund the building of his wall. This is a problem when the entire branch of elected officials, the House and the Senate, has denied the request. If the legislative branch is supposed to represent the majority, and the president has knowingly acted against the people’s will, there’s a moral injustice in that. Over the years, the executive branch has continually gained power in a government system where all branches are supposed to have equal power.

Political scientists can debate all day about how the powers of each branch are allocated and who really has the power to do certain things in government, but we think they’d agree that all branches are supposed to have equal power and have those powers checked. The president has overstepped his bounds, but there is still one more branch of government that will most likely have a say in the argument: the judicial branch. Twenty states, including New York and California, have come together to sue the president for his use of the National Emergencies Act of 1976. Their argument is that the president has no control over how money is spent, and with the use of the act, Trump will have complete control over $6 billion. It will be up to the courts to figure out the actual legality of what the president has done.

If the courts were to find the acts of the president constitutional, it would only further blur the branches’ lines of power. The judicial branch has the responsibility to keep both the legislative and the executive branch in check, as do we, the people. We have to keep our government in check when it comes to it overstepping its roles. At the end of the day, it’s our money that’s funding a wall that has never been approved by Congress. We have the power to do something about it.

In this March 15, 2019, photo, President Donald Trump speaks about border security in the Oval Office of the White House, Friday, March 15, 2019, in Washington. Trump’s veto of a bipartisan congressional resolution rejecting his border emergency declaration is more than a milestone. It signals a new era of tenser relations between the two ends of Pennsylvania Avenue. (AP Photo/Evan Vucci) 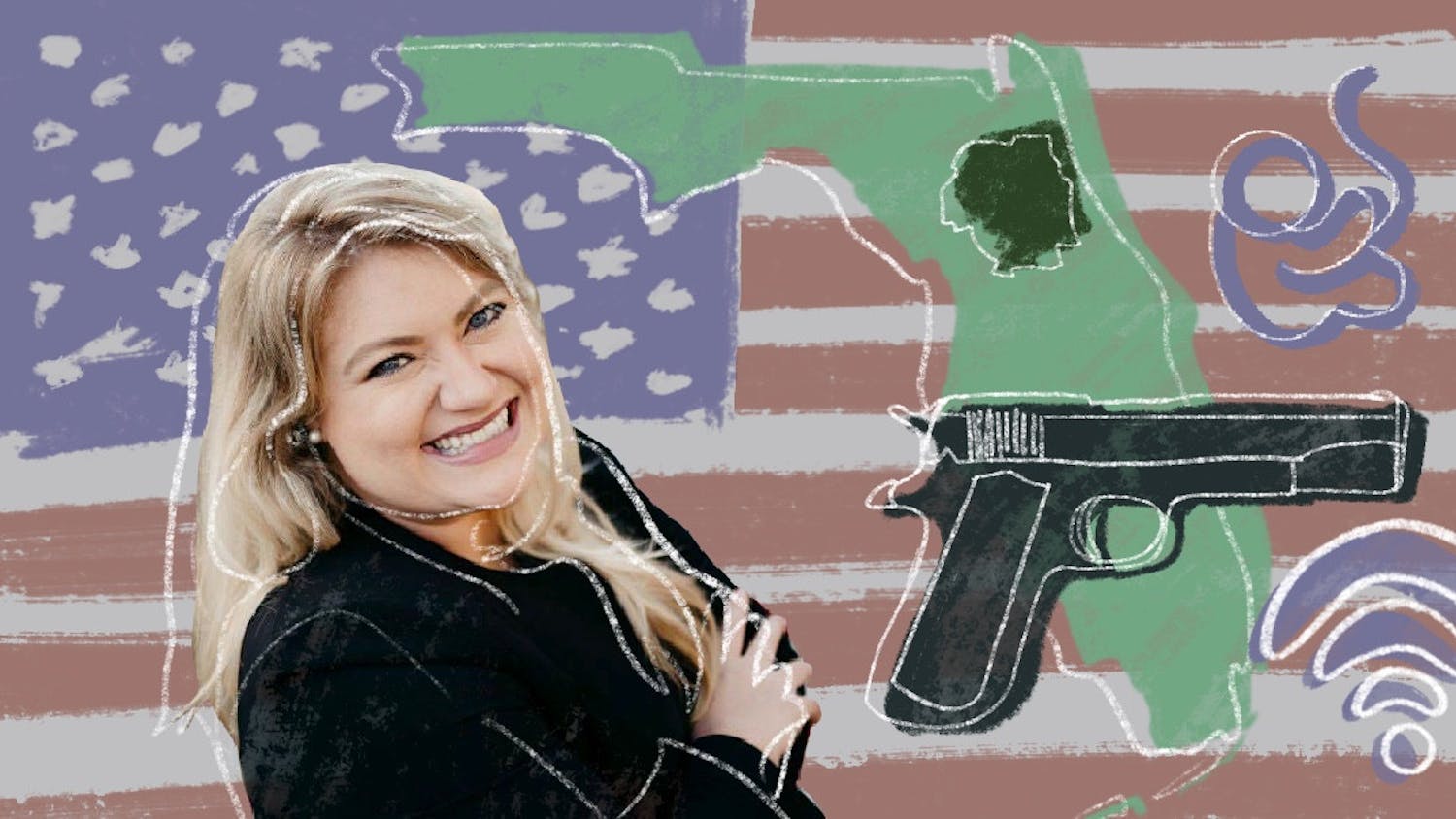