That’s been the Gators’ approach for besting their opponents all season.

They get the advantage by working time off the shot clock, slowing down the tempo and dictating the pace of the game.

The strategy worked in No.10-seeded Florida’s favor against No. 7-seeded Nevada in the First Round of the NCAA Tournament. They topped the Wolf Pack 70-61 in Des Moines, Iowa.

Florida advanced to the Second Round to take on Michigan on Saturday.

Center Kevarrius Hayes piloted a Florida offense that shot 45.3 percent for the game with a team-high 16 points on 5-of-6 shooting.

The Gators entered the matchup with a defense that allows just 63.6 points per game, and they kept pressure on the Nevada offense.

The Gators made it difficult for Nevada to drive into the lane, and it shot just 21 percent (5 of 24) from beyond the arc.

Thursday’s matchup was just as much about the Florida offense as it was its defense, however.

The Gators shot nearly 50 percent in the first half after opening the game making seven of 10 field goals.

They missed eight straight after the 5:49 mark, allowing Nevada to pull within one, but they closed the half on a 9-2 run to take a nine-point lead into the break.

Hudson ended the drought with his third three-pointer of the game, and Hayes, who was 5 for 5 in the first half, followed with a dunk on the following possession.

UF contained Nevada leading scorer Caleb Martin in the first period, holding him to five points during that span.

While the Wolf Pack outshot Florida from the perimeter during the first half, UF held the advantage in rebounds (15-12), points in the paint (16-12), second-chance points (8-5) and points off turnovers (10-8).

That dominance continued well into the second half.

UF opened the frame on a 17-9 run, including 10 straight points. The Gators took an an 18-point lead, which was their largest of the game.

The Wolf Pack continued to work at UF’s lead, dominating the offensive boards 14-2 during the second frame and scoring seven second-chance points.

Nevada shot just 27.3 percent during the second period, though.

Martin and his twin brother, Cody, combined for 28 second-half points. The rest of the team had five.

With his team facing a 10-point deficit with 7:18 left, Caleb made a layup that sparked a 9-0 run that allowed the Wolf Pack to pull within three with just over five minutes to play.

Hayes fouled out with 2:02 left, and suddenly Nevada only faced a two-point deficit after a pair of free throws from Caleb.

Freshman Andrew Nembhard drove to the basket for a layup on the next possession to make it 65-61.

Then, Johnson drove into the lane and dished it to sophomore forward Dontay Bassett for a dunk with 47 seconds left. Johnson added two free throws with under 10 seconds left to seal Nevada’s fate.

Florida guard Jalen Hudson (right) grabs a loose ball over Nevada guard Jazz Johnson during the Gators’ 70-61 win in the First Round in the NCAA Tournament on Thursday in Des Moines, Iowa. 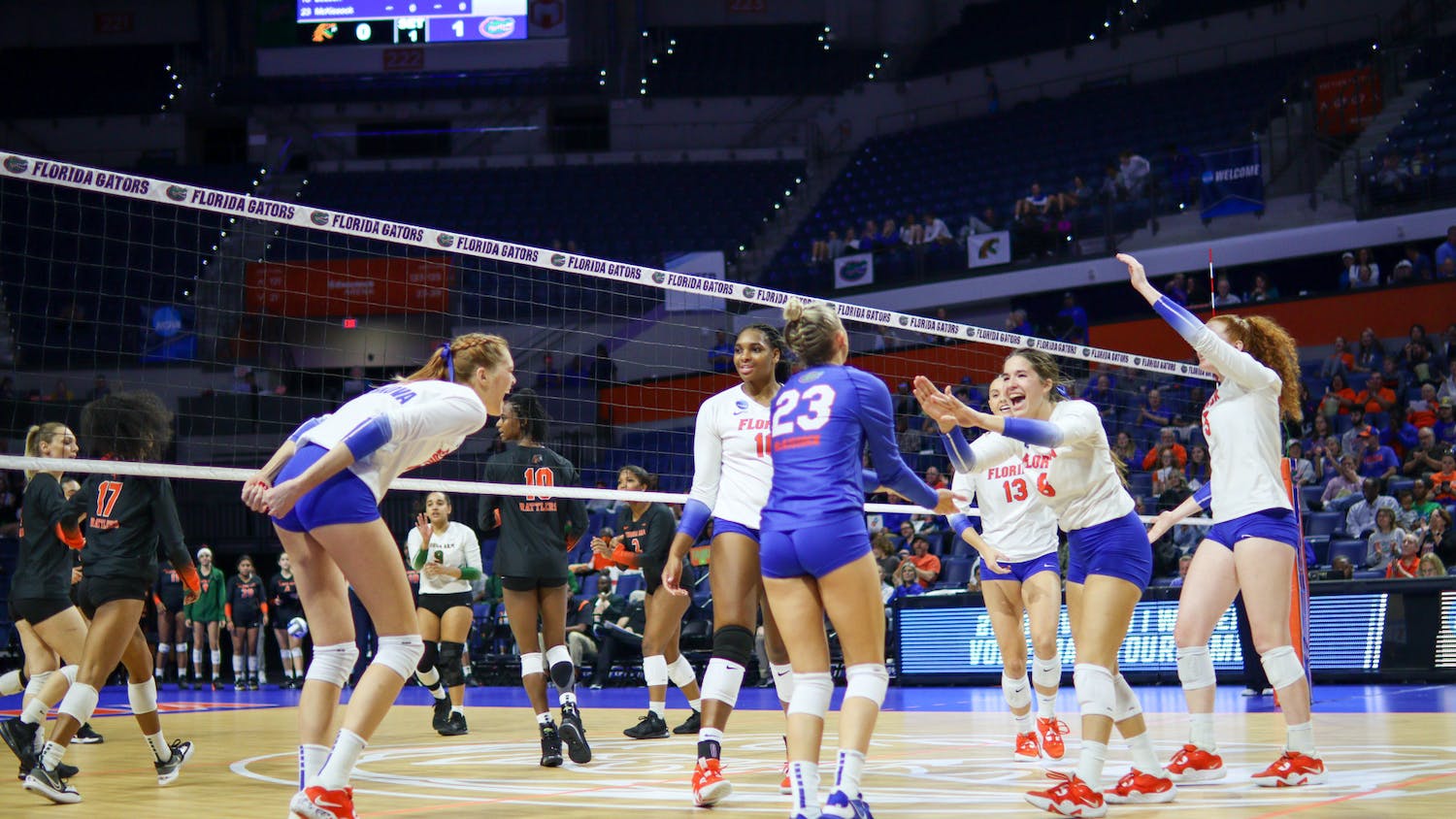