Before the NCAA Corvallis Regional in Corvallis, Oregon, SEC Freshman of the Year Trinity Thomas said she was “more excited than nervous.”. After a 9.650 on the vault to start the meet, however, it seemed as if she was far more nervous than excited.

Florida started the meet on the vault, and while it’s likely used to starting off slow with its weakest event, UF’s vault score was among its worst of the year. The team barely cracked the 49 mark, ending the rotation with a 49.075, and only two gymnasts, freshman Savannah Schoenherr and junior Sierra Alexander, scored above 9.8. Thomas’ 9.650 was the drop score on the rotation.

Oregon State had an excellent beam rotation to kick the meet off, and the Beavers’ 49.500 score put them on top heading into the second rotation. Stanford also finished ahead of UF after scoring a 49.225 on the floor.

The bars rotation is arguably where UF does its best work, and it did nothing to dispute that claim on Friday. Florida’s 49.425 was spearheaded by Thomas, who made up for her low vault score with a 9.925 on her bar routine. Junior Amelia Hundley and sophomore Megan Skaggs rounded out the 9.9s, both scoring 9.900s.

The Beavers held on to the lead at the end of the second rotation with a 98.750, but the Gators were slowly creeping up on them as they took second place with a 98.500.

Florida wasn’t done improving after its bars rotation, scoring even higher on the beam. Senior Alicia Boren had her big moment of the night with a 9.950 on her routine, and she was bolstered by two 9.900s from Skaggs and sophomore Alyssa Baumann. With junior Rachel Gowey’s drop score coming in at an impressive 9.850, the Gators earned a 49.500, which was enough to take the lead heading into the final rotation.

While UF held the top spot with a 148.000, Oregon State wasn’t far behind, staying firmly in the race heading into the final rotation with a 147.825. Stanford and Iowa, virtually out of contention for a victory, would remain in the third and fourth spot, respectively.

The Gators finished the event strong on the floor, matching the 49.500 from their third rotation. Thomas’ 9.950 was the highlight, but just like the last two rotations, UF’s highest was backed up by two 9.900s. These came from Boren and freshman Nya Reed.

The Beavers’ attempt at a last-minute push was in vain, and the Gators 197.500 score put them atop the pedestal at the end of the night. With the win, Florida advances to the final round of the tournament. 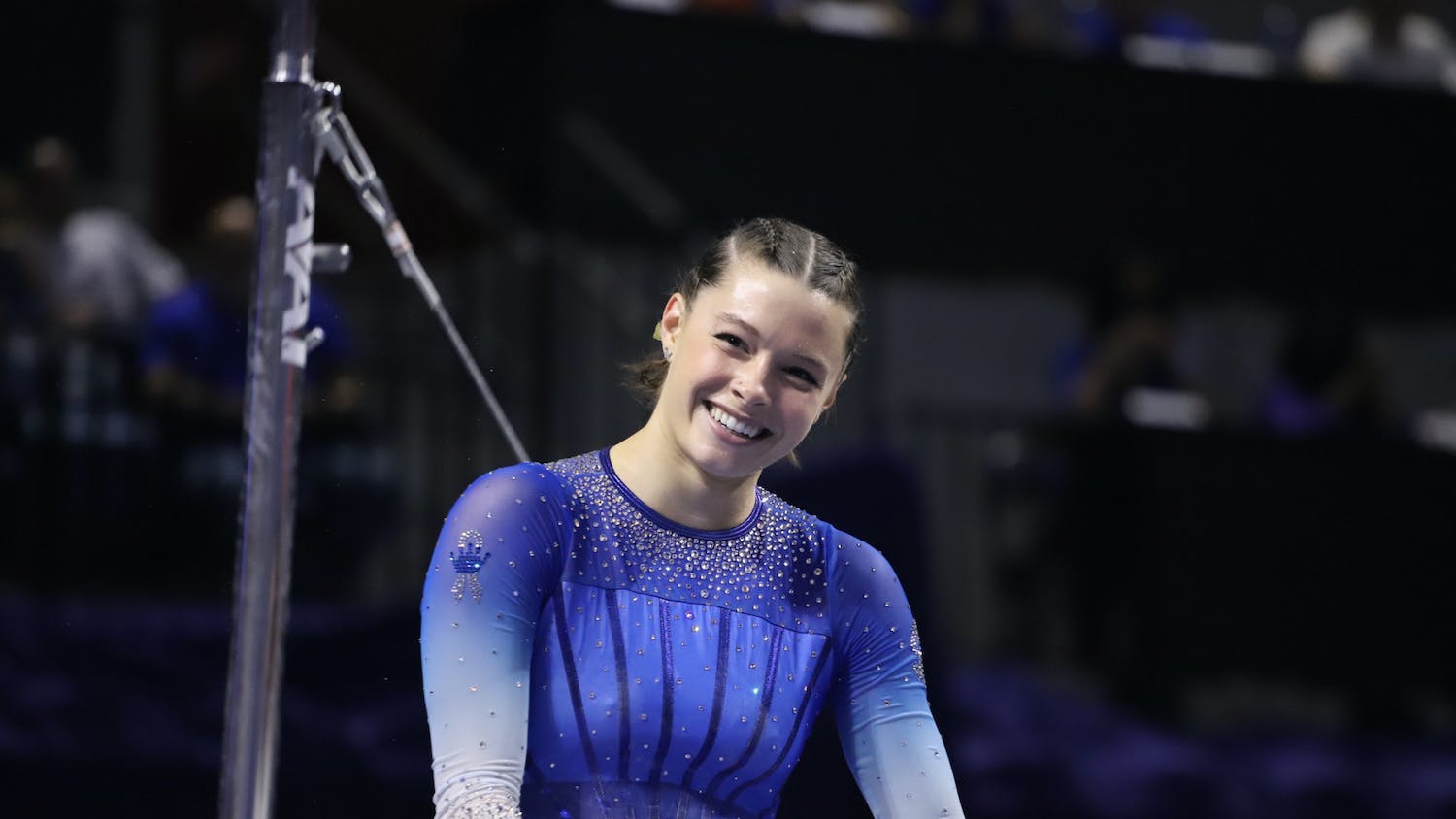