‘That disparity is a real one’: Community programs work to bridge gaps in East Gainesville

Caleb Young spends his afternoons with a bunch of sugar ants.

‘Sugar ants’ is how he describes the 20 boys that scurried around the yard at Reichert House: small and sweet.

Reichert House is an afterschool program that looks after about 100 boys ages 8 to 18 after school each day. The program is dedicated to providing support and mentorship, Young said.

Young, a Reichert House program manager, said he believes there is a divide between East and West Gainesville, and he hopes that Reichert House can help work to close that gap.

The kids notice the gap, too, he said. Sometimes, they ask tough questions such as “Why isn’t there a grocery store here?” and “Why does the bus route run here different times than on the other side of town?”

“That disparity is a real one. You can look around and just nothing is over here,” Young said.

The study states that in Gainesville, black households have the lowest average income and the highest exposure to poverty – 28 percent more than the community average. Along with this, Gainesville has a strong concentration of poverty, which suggests that Gainesville has the “highest levels of geographic segregation documented in at least the last 26 years.”

Programs in the community have come together to help close that gap.

After seeing that crime rates rose after school, Gainesville Police Chief Tony Jones and Richard Baxter founded the program in 1987. Reichert House offers wraparound services, including education, mentorship and case management to at-risk and high-risk young men in Alachua County. Every child is assigned a case manager who works to create a partnership between Reichert House and the child’s home and school.

For Tarphanesha Phillips, Reichert House was her village while raising her twin sons as a single mother.

“I just don’t know what I would have done without the Reichert House,” Phillips said. “They have been there for my boys and me through everything. There was never a time I couldn’t call on them.”

The people at Reichert House have acted as father figures for her sons, Phillips said. She doesn’t know where her children would be today if it wasn’t for them.

“There’s so many other things kids can get into out in the streets,” Phillips said. “We need Reichert House.”

He put down the controller and reflected on his time at Reichert House. Chisham started attending Reichert House when he was in 10th grade.

Now, Chisham said he comes back to mentor the kids to give back to the program that helped him throughout high school.

“Every kid, now, needs it,” Chisham said. “A lot of things happen around here, like gang-related stuff and shootings and stuff. I’m glad this place is still here so kids can still get the mentoring they need.”

The Santa Fe College East Gainesville Instruction initiative was founded in 2002 to have an ongoing connection with East Gainesville and to help try to close gaps and provide services to the community, said the executive director, Karen Cole-Smith.

As part of its mission to help close the gap, East Gainesville Instruction asked people in the community to identify what they needed most.

Cole-Smith said the East Gainesville Instruction partners with other organizations in the community to provide resources in these areas of need.

She said she’s proud of what she does and loves to watch her work develop a spark of an idea into a full-fledged program that helps improve people’s lives.

“When you’re out in the community, and people come up, and they say, ‘gosh, I’m so thankful for Santa Fe,’ or ‘if it had not been for Santa Fe,’” Cole-Smith said. “That’s a good feeling.”

Read to Me is a program that allows incarcerated parents to record an age-appropriate book reading onto a disc that is then given to the child.

It’s a program that combines two areas of need: family empowerment and literacy.

The Alachua County Jail staff, Alachua County Library, Catholic Charities and East Gainesville Instruction partnered together to start the program in 2015. It has provided 233 books to 209 children, said Takeeveia Martin, a transition specialist at the jail.

“I feel like this program is pretty much like a bridge between the parent and the child, and what makes the bridge even sweeter is literacy,” Martin said.

For Martin, Read to Me is an opportunity to help give people a second chance. She said a lot of people don’t think about the families that are left behind when someone goes to jail.

“I really do believe that individuals should be able to have a second chance in life, again, after a mistake,” Martin said.

Building bridges, providing mentorship and helping people is the goal of programs like Reichert House, East Gainesville Instruction and Read to Me.

Back at Reichert House, Young said he never thought he would end up being a mentor, but now he spends his afternoons with a bunch of ‘sugar ants,’ mentoring and helping them grow.

“You know, what do I have to give to the kids?” Young said. “The answer is everything. Everything you have and more. Even what you don’t have, find somebody that do.” 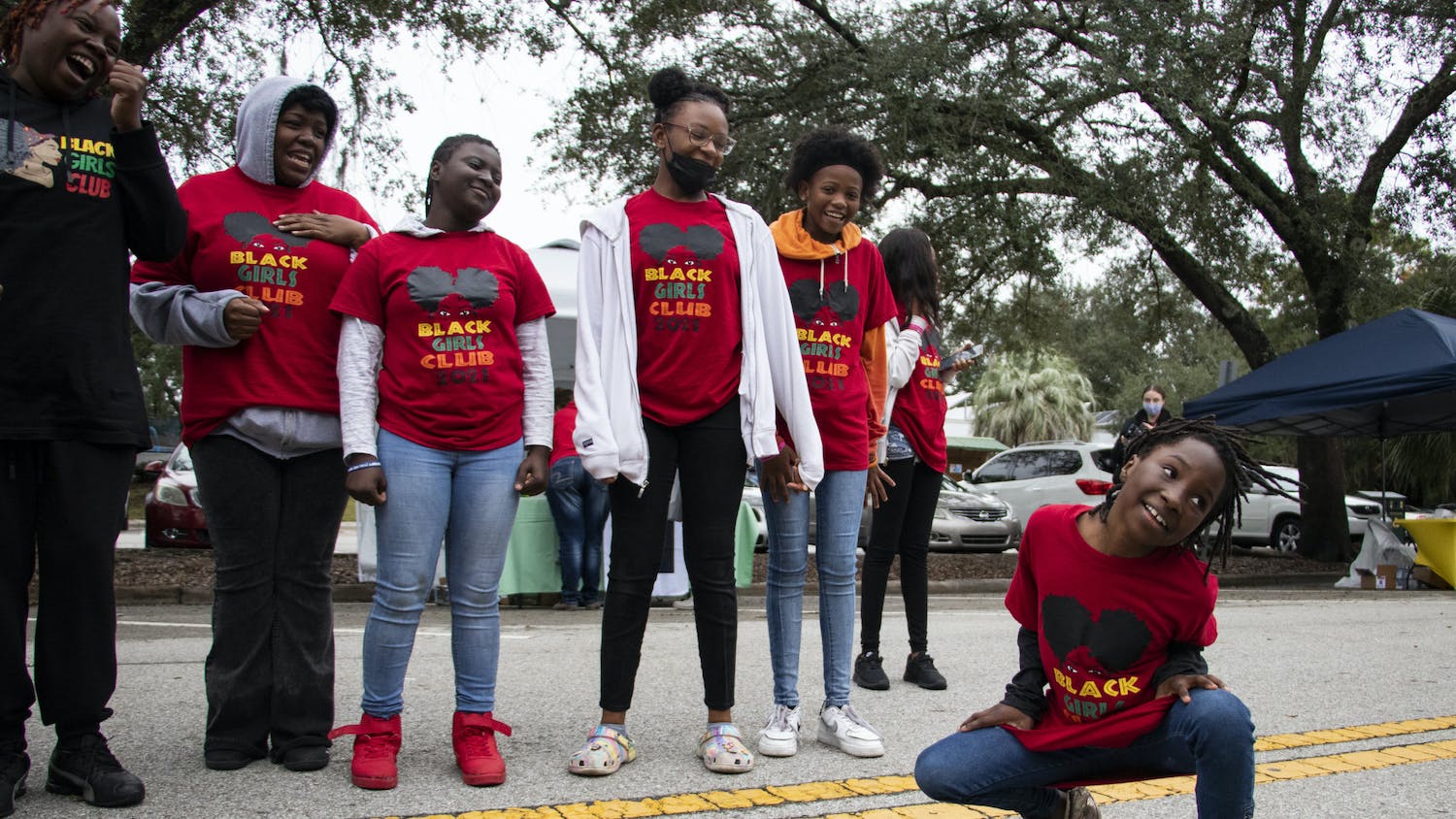