The Student Senate began the process of deciding how student fees for the 2020-2021 school year will be spent.

During his presentation of the budget, Budget and Appropriations Committee Chairman Cooper Brown said the increase came from an influx of credit hours, meaning the student activity fee didn’t have to be raised to allocate the extra money.

Brown said it’s common for the next year’s budget to be voted on this early. He said there is usually an amendment process in May, before the fiscal year begins July 1.

“I am very excited that the budget passed with almost a unanimous vote during its first reading,” Brown said. “It’s great to see that this had bipartisan support and I am elated to see how it will positively impact students in 2020-2021.”

During the pro-con debate on the budget, many senators praised the budget and the work the committee put into it.

Others pointed out even though it increased, there weren’t allocations for things discussed by the Senate in the past, like adding more emergency blue lights to Fraternity Drive and setting up live streams for all meetings.

The Senate Livestreaming Act was passed in January 2018, and it mandated the Information and Communications Committee would livestream all Senate meetings. Even though the act was passed over a year ago, a centralized livestream still hasn’t been set up, with the only live streams coming from individual senators.

Deputy Minority Party Leader Nikolas Bindi said he sees both the positive and negative aspects of the budget.

“It’s a good budget when it comes to the things it has,” Bindi said. “But a lot of stuff that’s missing is what detracts from it.”

Bindi added that Student Body President Michael Murphy could use some of the discretionary funding from the SG projects budget to help fund some of the things brought up during debate if he saw fit.

The budget passed its first reading and will receive a second reading at the next Senate meeting.

Open Senate and Committee seats were also a topic of controversy at Tuesday’s meeting.

The Replacement and Agenda Committee submitted recommendations to fill in open seats,

Emily Blomeley was nominated for a vacant Information and Communication Committee Seat.

During public debate, Colin Solomon, a 19-year-old UF criminology sophomore, spoke to the Senate about his frustrations regarding that seat.

Since then, Solomon has been applying to open Senate seats. Most recently, he applied to the seat that Spence was chosen to fill.

“This was my seventh application and third interview,” Solomon said. “I attended every spring [Senate] meeting but one, I’ve also attended every summer meeting, spoken 11 times during public debate, I’ve written two pieces of legislation and sponsored others. The person chosen ahead of me has done none of that, but apparently, I’m still not qualified enough.”

Solomon said he hopes that Spence does well in the position and that he plans to keep applying for vacant seats.

Before the block was voted on, Bindi moved the block be broken up so each nomination could be heard and voted on individually. A majority of senators present voted against his motion.

“There’s a lot of debate about whether multiple things should be heard together like that,” Bindi said. “I stand firmly in the stance that it should not be allowed because it’s not a specific right that’s given to us and it discourages debate on certain applicants.”

Once the block was voted on, it was passed by a majority of the senators present and all of the Replacement and Agenda Committee’s recommendations were approved.

Deputy Minority Party Leader Nikolas Bindi speaks to the Senate Chamber during public debate about why he disagrees with the Senate’s current trend of voting on important agenda items in blocks. 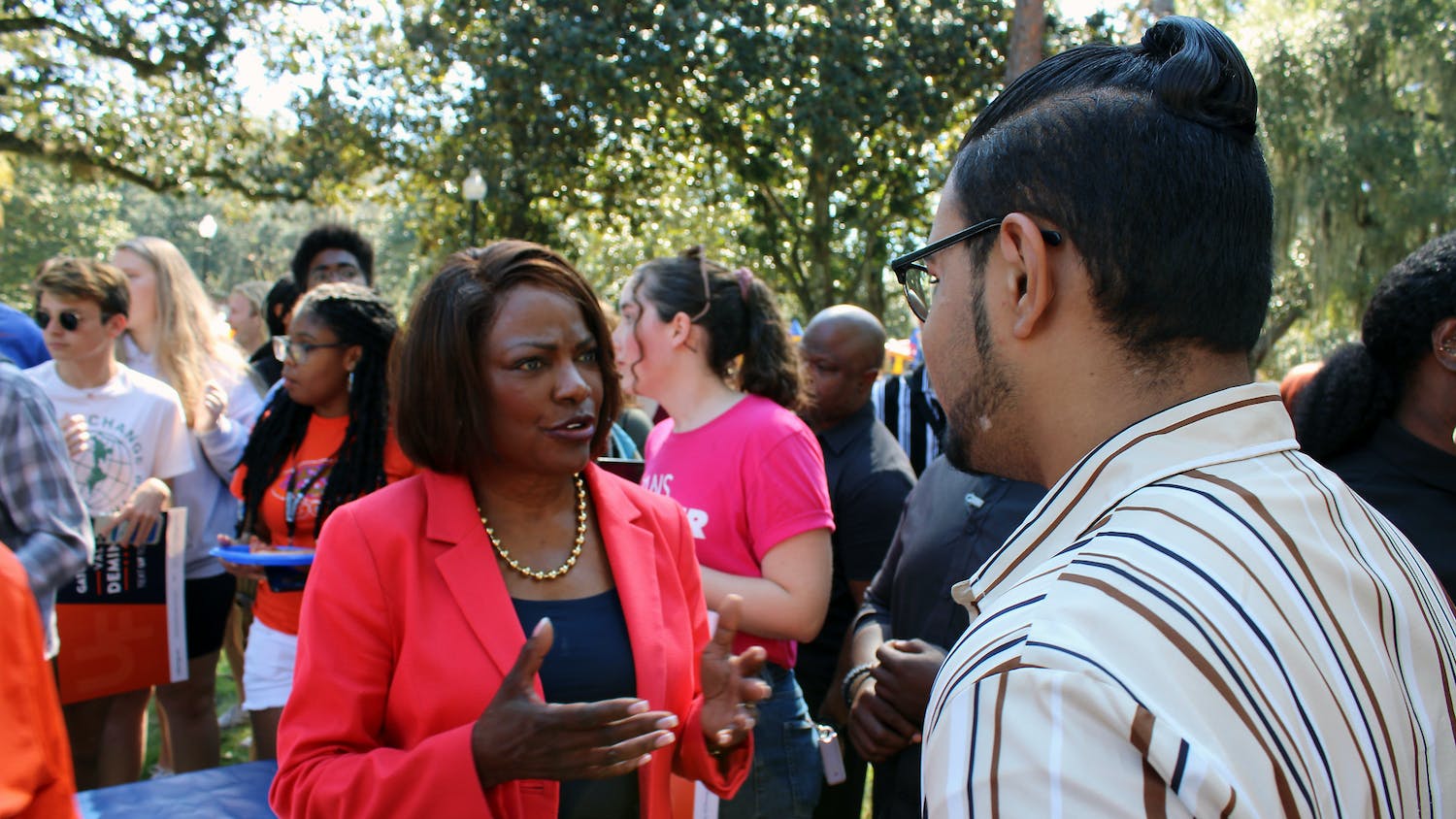