A day before the Gator’s football season opener, fans can take a photo with a national football championship trophy in a Gainesville grocery store.

The Winn-Dixie at 300 SW 16th Ave. is hosting a free event from noon to 3 p.m. on Friday for fans and residents to see and take pictures with the College Football Play-Off National Championship trophy, said store manager Eric Taylor. Attendees who pose with the trophy will receive a coupon for 10 percent off their purchase at Winn-Dixie, which will only be valid on Friday.

“I’m hoping that they’re bringing the trophy to towns they think it might end up,” he said. “It’d be awesome if it ended up here at the end of the year.”

The Dr. Pepper-sponsored event will feature a DJ, free food sampling, raffle opportunities and cornhole, Taylor said. Attendees will have the opportunity to win a $25 Winn-Dixie gift card every 20 minutes. At least 250 people are expected to come.

Abby Walker, a 19-year-old UF biology sophomore, thinks seeing the trophy in-person will get Gator fans excited for the first game of the season against the University of Miami on Saturday.

She said she grew up watching Gator football games with her dad and hopes the team to claim the trophy this year.

“If I could go down and get a picture of it and send it to my dad — he’s a bigger college football fan than I am — he would definitely be super jealous,” Walker said. 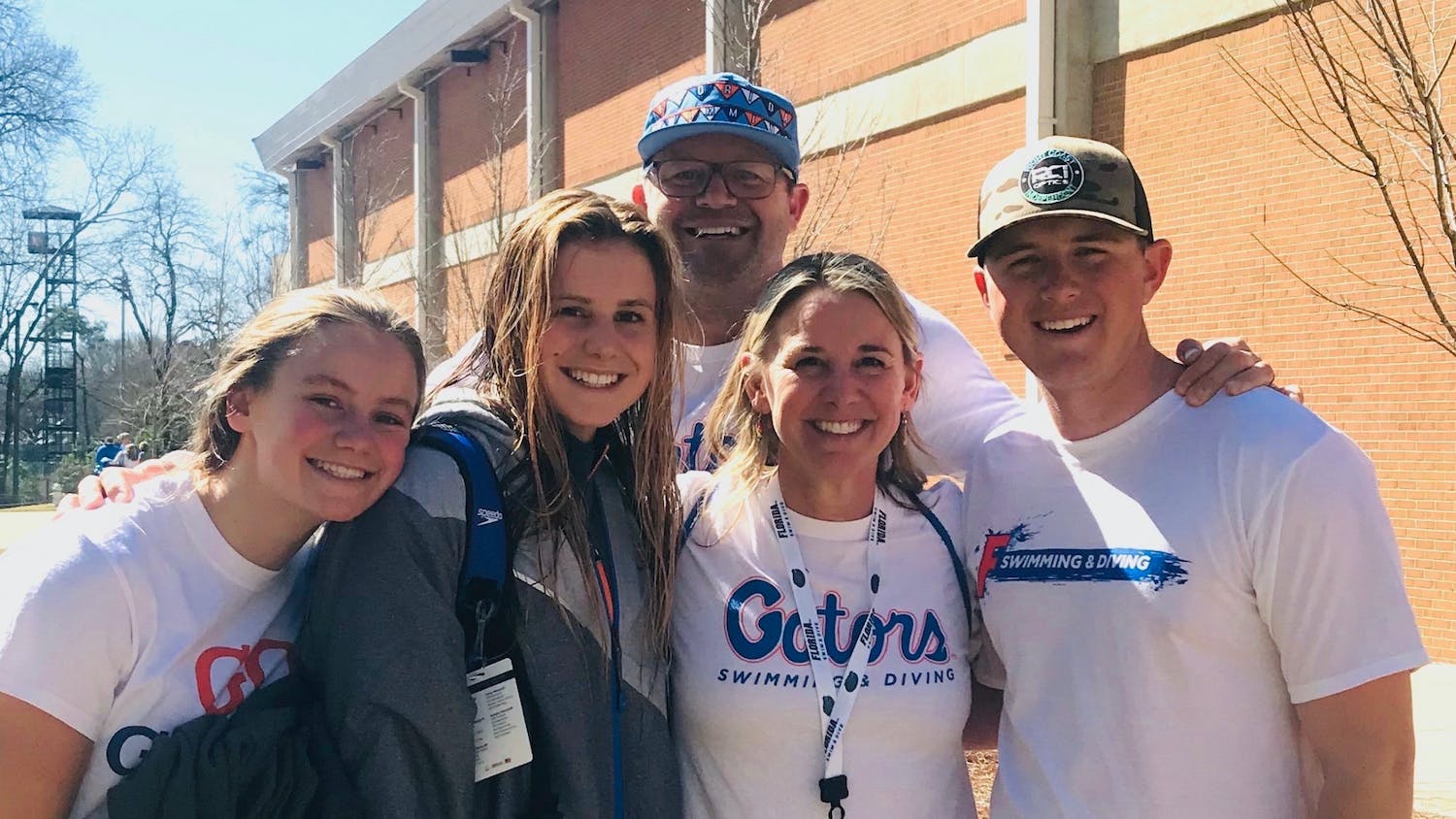 Swimmer sisters continue their family’s athletic legacy in the Swamp